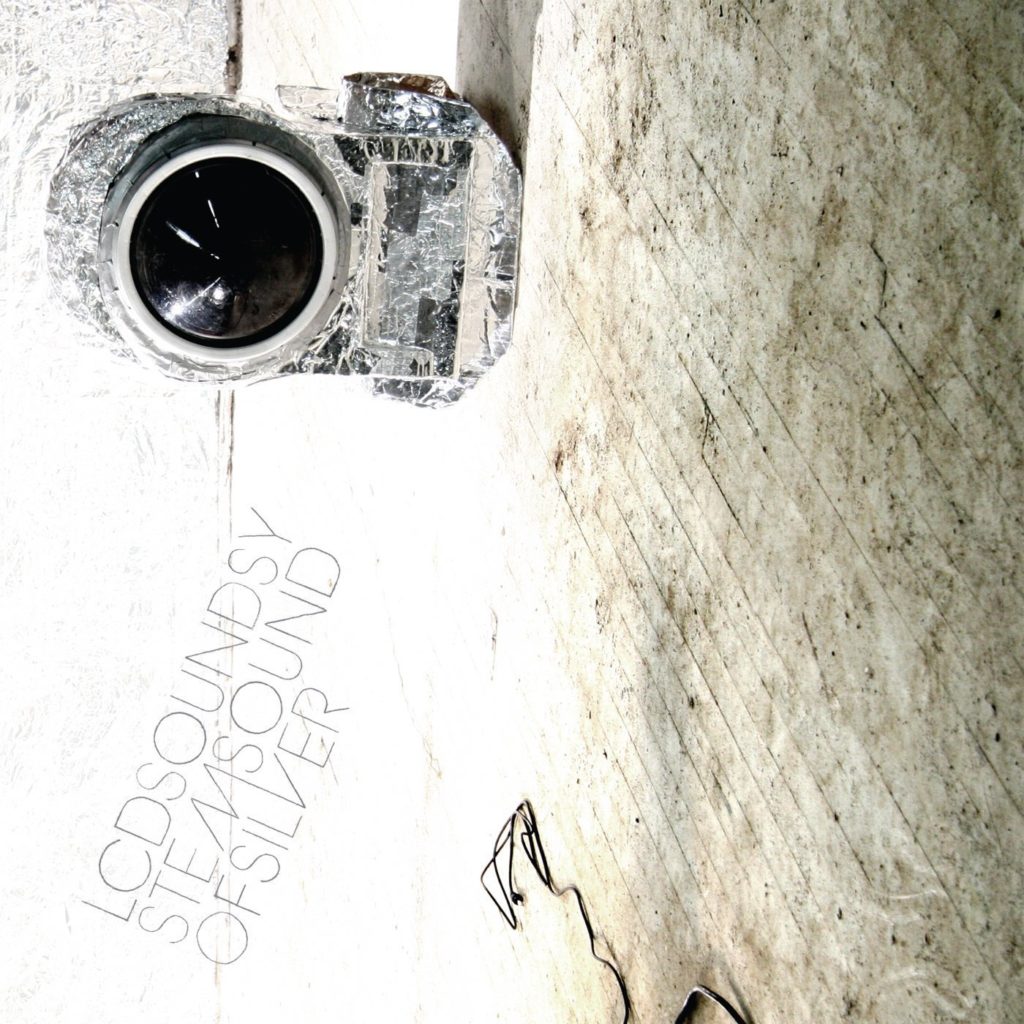 James Murphy, as head of the DFA label and creative force behind LCD Soundsystem, was possibly the most influential individual in underground music during the noughties. Melding catchy tunes and flexible, raging polyrhythms with sad, funny and emotionally freighted lyrics, his band is regularly (and rightly) celebrated as one of the greatest acts of the decade. But while their initial run of hits from 2002 to 2006 constitute almost all of their most well-known moments for the uninitiated, such as ‘Daft Punk Is Playing At My House’ (ah MY HOUSE!), it was the group’s second album Sound Of Silver that was responsible for their stellar reputation.

2005’s LCD Soundsystem, as well as being an ace debut, had also been something of a catch-up exercise for those who had just arrived to the party, a big-tent affair with a second disc cleverly housing all of the group’s early singles like ‘Losing My Edge’ and ‘Yeah’.

Sound Of Silver, for the first time, was a wholly artistic statement from Murphy. As a listening experience, it was less posed, less distanced, less messy, more serious, more polished and more emotionally affecting. He had delivered the electronic masterpiece that his devotees had long suspected he was capable of produced, dropping the ironic facades to reveal a wounded soul.

Consisting of nine tracks but playing like a rock experience, Sound Of Silver was a modern dance music odyssey paradoxically because it wasn’t trading in groundbreaking techniques. Instead, Murphy sought to intelligently update the tried-and-tested sounds that had gone into the evolution of dance. Roxy Music’s Brian Eno, with the epic art-rock sweeps of his work with Bowie, and the polyrhythms of his collaborations with Talking Heads’ David Byrne, were only the most notable influences.

It helped, of course, that Murphy’s production and songwriting was totally inspired throughout, and was a cut above the funny hipster adventures of his debut. The erudite ‘North American Scum’, with its ‘sorry not sorry’ attitude to his homeland, was a prime example of this evolution in his snarky sense of humour.

But what Murphy demonstrated for the first time on Sound Of Silver was that he was also capable of being genuinely emotionally affecting. This is displayed most beautifully on the sumptuous mid-album epics ‘Someone Great’, with its pulsing beats, flickering synths and liquid rhythms and whose bittersweet lyrics dealt with the fallout of loss, the monstrous ‘All My Friends’ which played like a noughties update of Bowie’s “Heroes”, and the clattering ‘Us v Them’.

Thematically speaking, Murphy was addressing that nostalgic melancholy that comes with ageing (he was approaching his 40s at this point) and the loss of vitality he feared as a result. The heart-rending insight in ‘All My Friends’, regularly polling as one of the greatest tracks of the decade with its driving, one-note piano chassis, where Murphy sings “You spent the first five years trying to get with the plan / And the next five years trying to be with your friends again”, it’s impossible not to get all the feels. It’s the same neurosis that drove the ageing-hipster tale of ‘Losing My Edge’, but more mature and less detached. Over and over again, Murphy wrestled with having to let go of the past and come to terms with where he was in life now.

There were more purely dance-orientated thrills elsewhere, in the shape of the slithering electronica and ghostly house-piano stabs of opener ‘Get Innocuous!’, the delirious ‘80s funk of ‘Time To Get Away’ and the polyrhythmic delight of the title track. The emotionally exhausting suite of songs ended with the show-stopping torch song ‘New York, I Love You But You’re Bringing Me Down’, Murphy’s ambivalent tribute to his home city and the encroaching gentrification that threatened its soul.

Quite aside from the new-found sense of emotional directness and rawness that put it in a higher league than LCD Soundsystem, the other revelation was the music itself. A quantum leap in terms of LCD’s sonic universe, Murphy’s production was at once cold and hard yet fluid and bendy. Truly, this was machine music rendered by humans, bringing the required emotional warmth to make Murphy’s compositions truly come to life.

Sound Of Silver was a perfect dance-rock album by a lapsed punk devotee, festooned with career-best highlights from one of the most influential and distinctive figures of the decade. Murphy’s refreshing approach has influenced practically every other great exponent of indie and dance for the next ten years. One more LCD album, the similarly excellent This Is Happening, followed in 2010 before an emotional farewell gig at Madison Square Garden in 2011.

LCD Soundsystem reunited in early 2016, with a rumoured fourth album in the works within the next 12 months. While you wouldn’t bet against Murphy picking up where he left off, it’s doubtful whether he’ll ever get to dictate the zeitgeist again in the way he did in 2007 with Sound Of Silver.

Listen to Sound Of Silver here via Spotify, and tell us what you think below!