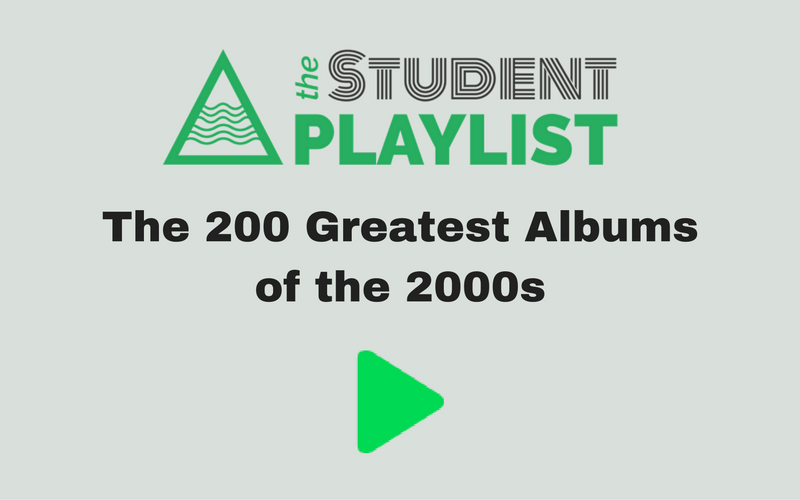 The 2000s, or ‘the noughties’, as it quickly came to be known, was a decade of profound and paradoxical change for popular music. At the turn of the millennium, the music industry was still at the height of the CD era, with major labels posting record profits; but by December 2009, physical album sales were through the floor, HMV was close to going bust, the humble single format was all but extinct, and the entire scene was dominated by downloads.

What changed in the noughties wasn’t music itself, but the way we consume it and our relationship to it. The established music industry model was threatened by an existential crisis posed by the internet. P2P file sharing, personified by Napster in the year 2000, was already a known threat. Rather than adapting through innovation, the industry chose to fight this technology in the courts. The result was a generation of new music fans who thought nothing of stealing rather than paying for music and, while a partial solution eventually came about through the rise of iTunes, irreparable psychological damage had been caused in terms of the way we relate to music – believing that it has no inherent, specific value unto itself.

However, the twin threat of YouTube made for another, arguably more deep-rooted revolution in the way we consume and think about music. This was detailed in Simon Reynolds’ exceptional book ‘Retromania: Pop Culture’s Addiction to its Own Past’, which attempted to answer the disquieting question that increasing numbers were asking by the 2010s: why wasn’t there any revolutionary music anymore? Where was the next Beatles, the next punk, the next rave movement, going to come from? Why didn’t it all seem to matter anymore?

In truth, this feeling had really started in the 2000s with the mass availability of the internet. With vast troves of music available instantly, through the ether, at just a few clicks of a mouse, many argued there was little sense of exploration or discovery, and even less of ownership, that physically purchasing music allows for the consumer.

According to this theory, this explains why, in 2016 at the time of writing, the old-fashioned format of vinyl is booming, and why the endless live reunion circuit, and the relatively recent phenomenon of bands playing an old album from beginning to end, is so lucrative – a response to trends whose roots go back to the turn of the millennium.

Maybe it goes even deeper than that. Much of music in the ‘70s, ‘80s and ‘90s looked forward to the turn of the millennium, the bright shining future for humanity when all would be different. When Y2K eventually rolled around, and everything was much the same as it was before, there was a sense of disappointment, of the future not being what it used to be, with the practical upshot that pop music didn’t invent another new future for itself, but began looking backwards to re-digest and regurgitate old visions for its future that was now, strangely, the present. And it isn’t simply in music that one can detect this trend – it can be seen in the seemingly endless film and TV re-makes of old classics, which regularly outperform new product on the big and small screens.

Reynolds argues that, in the 2000s, popular culture stopped moving in linear fashion and became cyclical. The sense of history inexorably moving forwards had developed a glitch, and pop music began to eat its own tail. Revivalism, dictated by what was fashionable or ‘due a comeback’ and done mostly with an arch sense of detached irony, became the norm, and the sense of revolution in the way we listen to and consume music was not matched by the music itself.

The Strokes channelled Ramones and new wave; a spate of British bands in thrall to Joy Division and post-punk sprang up in 2004; dubstep, whose aesthetic shared an awful lot with late ‘90s garage and 2-step, became an underground sensation by 2007; Bruce Springsteen influenced a clutch of American rock acts like The Gaslight Anthem and The Hold Steady by 2009… all of which was great, but for the most part it was territory that had already been conquered.

But the new freedom of exploration in music, lent by technology rather than the music itself, was a boon to those who could intelligently interpret the sources and make something new of their own. The masterpieces that were delivered in the 2000s tended to either fearlessly post-modern in their outlook, or produced genuinely insightful interpretations on genres that had come before. The list that begins below is an in-depth analysis of what we consider to be the 200 greatest albums released between the years 2000 to 2009.

That’s roughly 20 albums for each year, and the decisions about what to include and what to omit were often incredibly difficult. The list was pored over, debated and altered by our staff of five on more occasions than we care to remember. Beers were spilled, names were called, feelings were hurt and apologies were accepted – but the following is the version we were happiest with.

Most you reading this will have come to maturity in your listening tastes at some point in the 2000s – that point in your teenagehood when you stop relating to music on merely a surface level and start demanding something a little deeper, and discovered that artist (or artists) which changed your life and influenced the kind of listener you are today. We hope that this list includes at least one album that did this for you, but also that you discover records and bands you’ll come to love in the future.