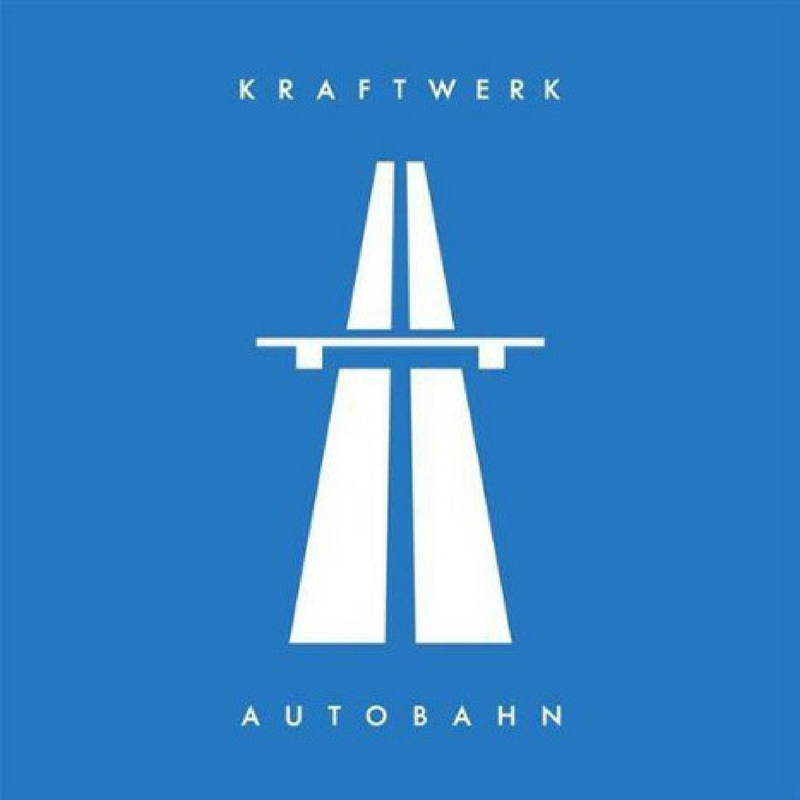 A commonly held misconception of pop music is that its two most influential bands are The Beatles and The Rolling Stones. This is only half true: without Jagger and co., all that would have changed is that there would be fewer posh boys playing dress-up rock ‘n’ roll. But without Kraftwerk, the entirety of popular music, as we understand it in the 21st century, would sound different. Sure, the electronic sounds would almost certainly have been discovered by someone else, but it might not have been until several years, maybe decades, afterwards. And in any case, Kraftwerk’s real genius was not the discovery of those sounds but what they built from them, and how they arranged them.

A quartet comprising the ever-present duo of Ralf Hütter and Florian Schneider and a changeable support cast, it took Kraftwerk a while to get going. Autobahn followed three purely instrumental albums that relied on orchestral instruments rather than electronics spanning 1970 to 1973 that are considered for the hardcore, well-heeled fan only. Their fourth, however, saw them begin to grow into the ground-breaking group which provided such a rich musical legacy.

Kraftwerk had previously operated through improvisation, with their songs taking shape through experimentation and extended studio jams. ‘Autobahn’, however, feels distinctly more planned and structured as it goes through its incredible 23 minute running time, revisiting musical themes and developing upon them, like a piece of classical music. It was this ruthless sense of economy, of stripping out all superfluous detail, that made the sound so compelling. Its rumbling, undulating rhythmical engine and addictive, piercing synth melodies intertwine with each other.

Inspired by the German motorways (called ‘autobahns’), which are famously monotonous as they have hardly any intersections, the song goes through sub-cycles and phases that dovetail so neatly that you hardly notice them, yet the central non-structure never seems to resolve itself. All the while, Hütter sings matter-of-factly “Wir fahren fahren fahren auf der autobahn” (trans: “we drive drive drive on the autobahn”), which sounds gauche but is simply the first of many passionless, perfunctory Kraftwerk lyrics that suit their machine music perfectly. Its conclusion is totally understated, like a driver quietly switching off the car’s engine.

Four more tracks take up side two, though they certainly feel like they’re the second billing to the main attraction. The two tracks entitled ‘Kometenmelodie’ (trans: ‘Comet Melody’) use the same musical phraseology yet the first is moody, dank and clingy and the second as light as air. The same dark / light contrast appears again on ‘Mitternacht’ (trans: ‘Midnight’) and ‘Morgenspaziergang’ (trans: ‘Morning Walk’), with the dawn chorus flutes of the second reformulating the melody of the title track. While this second half contains little sign of the band Kraftwerk would become in musical terms, it does display an unmistakable economy, and a pleasingly reductive, binary aesthetic to the overall theme that would be used again.

Although Hütter and Schneider cited the work of Stockhausen and avant-garde classical musicians, ‘Autobahn’ is an incredibly rare example of a moment in pop music that is entirely without precedent. It’s almost as if it landed, already fully formed, into this world through a wormhole from a parallel dimension. A completely different kind of popular music, derived more from Teutonic sounds and which had nothing whatsoever to do with the rock music of the 1970s, which descended from the 12-bar blues of America.

You have to consider the context in which Autobahn was released: in late 1974, dominated by crusty, ageing ‘60s bands and with little by way of a musical counterculture, there was absolutely nothing like Kraftwerk’s music in existence. This was in large part a result of Hütter and Schneider’s upbringing in post-war West Germany – the lack of real intrusion of Western pop culture combined with a post-war guilt that existentially compelled their generation to do something completely different to their parents, as David Buckley’s exceptional chapter-and-verse biography ‘Publikation’ details in clear and understandable terms for a newcomer.

The British public interpreted Autobahn as a kind of novelty record, and to their credit sent the single to number 11 in the charts. Crucially, its real significance was clear to the likes of Brian Eno and David Bowie – you can hear its analogue electronic aura in Bowie’s Station To Station (1976) and his ‘Berlin trilogy’ of albums (1977-79). Post-punk groups like Joy Division and Public Image Ltd. tried to build its influences into their sound. You can also hear the DNA of club music and the synthetic pop of the ‘80s (The Human League, Orchestral Manoeuvres In The Dark, Simple Minds etc.) in its singing synth lines and robotic rhythms.

Kraftwerk would go on to make better records by the end of the decade: the European sonic travelogue Trans-Europe Express (1977) and the cold, expertly engineered precision pop of The Man-Machine (1978) followed the pioneering imperfection of Radioactivity (1976). But if you look past the few but undeniable imperfections, it’s hard to argue that they ever made a more influential record than Autobahn. It’s the sound of a great band beginning a great journey, setting off on a gilded, golden highway to the future, leaving their contemporaries in the dust.

Listen to Autobahn by Kraftwerk here via Spotify, and tell us what you think below!