IN CONVERSATION WITH: Forest Swords 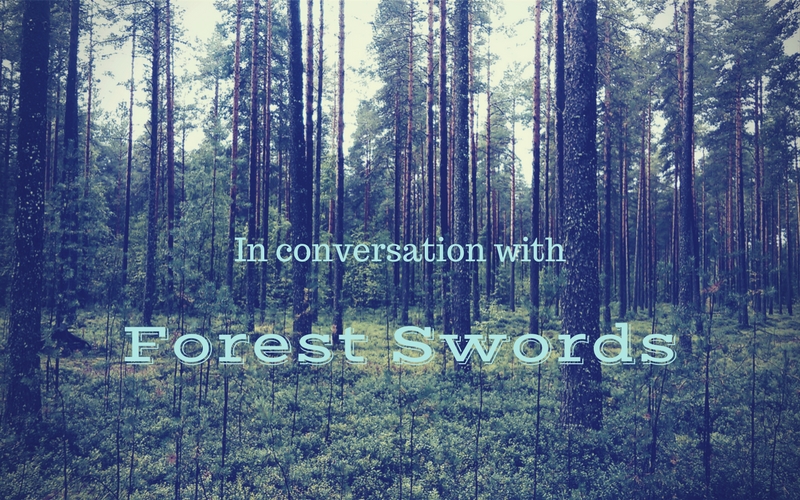 Creativity and music are two things which go hand-in-hand for most, but for Forest Swords, aka Matthew Barnes, creating music is just the tip of the iceberg. From his degree in Graphic Design to his work curating films, creating art is at the forefront of Barnes’ mind – but, as he explains, with so much scope and not much time, sacrifices will have to be made.

There’s an ominous yellow sky on the day I speak to Barnes, a perhaps apt illustration of the sound of Forest Swords’ latest LP Compassion, a dazzling affair which superbly walks the line between dark electronics and humanity. Yet, for all the mystique around his sound, throughout our chat, a vibrant and enthusiastic personality is the one thing which can be taken away.

“It’s been really good, we’ve been on a tour for the last couple of weeks, it’s the longest tour we’ve done. Previously I’ve only done festivals and little bits and pieces, but I’ve made a conscious decision to go and get out to places that maybe I’ve neglected,” says Barnes. “It’s been really good meeting people and seeing people connect with the music.”

These “neglected” places haven’t just been neglected by Barnes, a fact which doesn’t seem to go array when looking at the warm reception in the cold cities of Europe. “Belgrade was amazing. Other places like Croatia, little towns in Switzerland, I really prefer those kind of places rather than the major cities,” explains Barnes. “Because these places don’t get a touring artist every single day like you get in some places they’re a lot more appreciative and the people seem willing to engage with what you are doing. I feel privileged to go to these places.

“I’ve done a couple of festivals in Eastern Europe and the people just seem to really dig what I am doing. I made the decision to kind of explore these places and do headline shows and it’s been really exciting; people have really enjoyed the music and seem to understand electronic music on a different level and are maybe willing to challenge themselves a bit more – I’ve enjoyed it.”

The enjoyment felt in far-off Eastern European nations has certainly impacted Barnes, with a move even on the cards, as he states: “I’ve visited a lot of places I just really want to get back to. I only really get to be in a city for an hour or two to walk around, but I want to go back and see what’s going on in the music scene, or art, or whatever, just spending some time there to explore.

On the possibility of a future move, here says “Yeah, I think that’s on the cards; I think it would be really productive for me to go around these places and see whether it will influence a new record.” 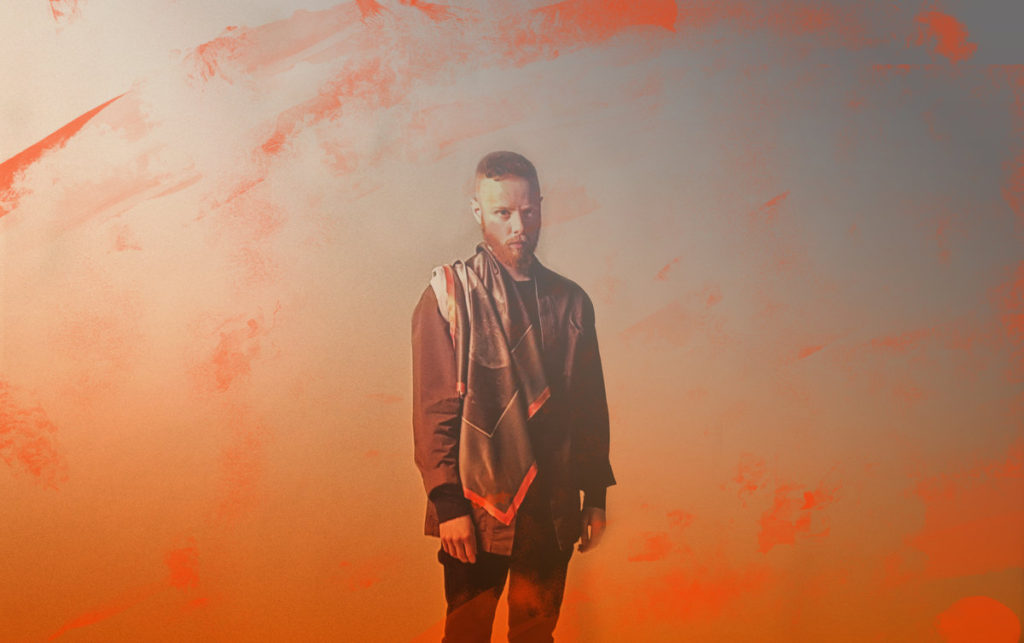 Still, with the tour ongoing Barnes has had to challenge himself creatively to find a balance between the visual and instrumental sides of music. “I think it’s just as important as the music. It should work together, they go hand-in-hand and I think they should question each other, there should be tension and it’s fun to explore these visual elements.

This can be seen on the Forest Swords current tour, with Barnes in the midst of the UK leg of his tour before heading off back to Europe before ending in the United States: “I’ve got a new live AV show, I’m touring with an AV artist who’s a friend of mine and we’ve been looking at some films to project alongside the music,” says Barnes. “I play live with a bass player with other electronics, the bass player gives us an interesting weight of sound which maybe you don’t get with a synthesized sound. I’m a big fan of dub music and for me, having a human bassist, you can’t repeat synthetically, it gives a nice human element to it.”

The human element of music is an important aspect of the Forest Swords sound, and on future projects, there will be a lot more of that sound to come. “I think I have reached the limit of things I can do on my own, so I think next time I am looking to collaborate more. Before Compassion, I did a film score and a score for a contemporary dance piece and it was really interesting working with other people and seeing how brutal that can be and how challenging that can be. That’s definitely something I want to be more involved in.”

So who could Barnes see himself working with in an ideal world? “Well,” Barnes laughs, “Kate Bush… it’s ambitious but why not be ambitious? Bjork? Neither of those people need me at all, but I think it would be really interesting spending some time in the studio with them and seeing how they work. I think that could be good, not even collaborating, just shadowing and seeing how other people work.”

“I also don’t want to be touring when I’m 40, I feel like I want to move into different things – touring is great, but I don’t think the work I am doing will translate into the live setting.”

Whilst Barnes is realistic as to who he may be able to collaborate with, he also realistic about his future in the music industry, with the balance between touring and creating being a constant struggle: “I don’t know how much touring I am going to do going forward, so going to these places feels like a big privilege. It can be quite difficult translating what’s in your head into a live show and so, I think, the deeper it gets and the more work I do, I’m not sure how it will translate into a live show or whether a record I make can even be able to tour.

“Touring is the only way musicians seem to be able to make money now, I know a lot of bands who just seem to make an album so they can tour and that seems pretty counter-productive and not particularly exciting. I also don’t want to be touring when I’m 40, I feel like I want to move into different things – touring is great, but I don’t think the work I am doing will translate into the live setting.”

Of course, for many musicians, music is the only option, but Barnes always has his degree to turn to in times of need. “I never really intended to be a musician, so my trade is as a graphic designer and that’s where my heart lies. So if I have to go back to it, say I am not enjoying making music anymore, then I am totally okay going back to a day job.

“I think in the future a lot of musicians on this sort of scale will have to have a day job to make ends meet. I’m totally cool with doing other things, it’s all creative stuff – music isn’t in an elevated position to doing graphic design to me, they’re both comparable. I like doing both and I am completely fine doing both.

The life and musical landscape of Forest Swords is an ever-evolving one. From film-work to designing, to music, as long as it’s creative Barnes will do it and push himself further in the process. One thing is for certain, however, whatever Barnes does, he will dive into the deep end and we should enjoy whatever that is while it lasts.

You can see Forest Swords play Headrow House in Leeds on 20.10.17. Find the rest of his tour dates here.

Listen to his new LP ‘Compassion’ below!