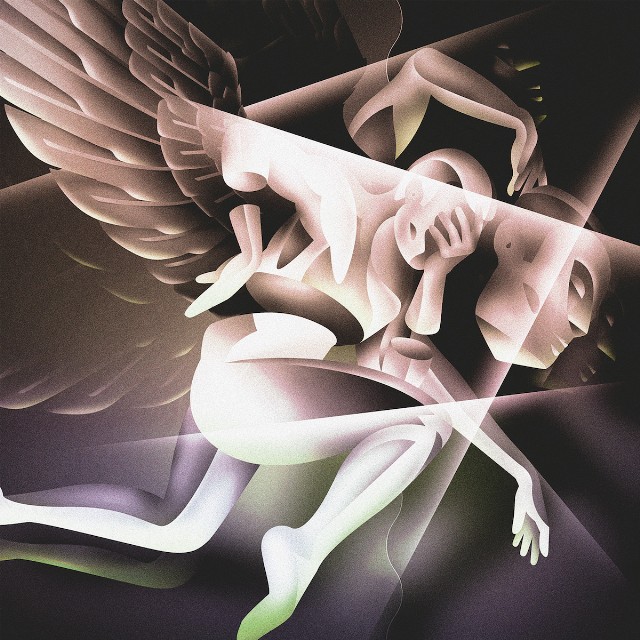 Once the laughing stock of the indie establishment, Smashing Pumpkins soon became a force of nature who dominated part of the early-to-mid-nineties alternative rock scene. From the very beginning, they displayed immediate prominence and released three alternative rock classics that blended the band’s dream-pop, shoegaze, psychedelic rock and metal influences: Gish, Siamese Dream and their epic double-album Mellon Collie And The Infinite Sadness. All of these albums had myriad triumphant moments including ‘I Am One’, ‘Siva’ and ‘Rhinoceros’ from Gish; ‘Cherub Rock’, ‘Today’ and ‘Disarm’ from Siamese Dream and ‘Tonight Tonight’, ‘Zero’, ‘Bullet With Butterfly Wings’ and ‘1979’ from Mellon Collie.

Although these albums represented The Pumpkins’ imperial phase, they also encapsulated some of the band’s darkest days too, particularly when recording Siamese Dream. Frontman Billy Corgan was planning to commit suicide and had given away most of his belongings; guitarist James Iha and bassist D’arcy Wretzky had split up after being a relationship and drummer Jimmy Chamberlin would disappear for days on end due to his heroin addiction.

However, Mellon Collie not only became one of the best-selling double albums of all time, but also saw the band reconnecting with one another, albeit for a short period of time. The album’s recording modus operandi was a very different experience for band members, in comparison with Siamese Dream. It was alleged that Corgan had written most, if not all, of the guitar and bass parts for Siamese Dream but this was not the case for Mellon Collie. Iha and Wretzky contributed a lot more to the recording process by working in a separate recording room to the rest of the band.

Three years later, the release of Adore became perhaps the band’s most divisive to date and presented a new sonic direction for the group. For example, tracks like and ‘Daphne Descends’ and ‘Appels + Oranjes’ had a relaxed, Depeche Mode-inspired electronic vibe. In Corgan’s words, Adore depicted a “band falling apart”. Chamberlin was absent from the entire recording process and Corgan was simultaneously facing a divorce and coming to terms with his mother having cancer. Essentially, this record developed more of cult following, if anything, despite it receiving mainly positive reviews from critics and the third Pumpkins album in a row to be nominated for a Grammy Award in the category Best Alternative Music Performance.

From then on, The Pumpkins’ discography would continue to produce inventive ideas, occasionally diving back into their trademark alternative rock sound. However, some of those ideas, albeit not too many, became filler or outright blunder tracks. This mainly occurred on 2000’s Machina / The Machines Of God and, more recently, 2012’s Oceania and 2014’s Monuments To An Elegy. On the other hand, Machina II / The Friends & Enemies Of Modern Music, also released in 2000 and was available for free to download via the Internet, and 2007’s Zeitgeist somewhat relived their nineties jagged, unrefined rock flamboyance. The former was made up of three EPs and one 14-track LP, and only 25 physical copies of the album were ever made.

Post-2000, Iha and Wretzky left the band and went their separate ways. Meanwhile, Corgan and Chamberlin would form a one-album supergroup project Zwan with Slint guitarist David Pajo, current Pixies bassist Paz Lanchentin (who also collaborated with A Perfect Circle and Queens Of The Stone Age previously) and guitarist Matt Sweeney. After only releasing Mary Star Of The Sea in 2003, the group soon disbanded due to a clash of personalities. After that, Corgan and Chamberlin recorded Zeitgeist under The Pumpkins banner without Iha or Wretzky for the first time, highlighting the special, one-of-a-kind relationship that they have with one another.

Now in 2018, The Pumpkins have released their 8-track tenth studio album with the lengthy title Shiny And Oh So Bright, Vol. 1 / LP: No Past. No Future. No Sun. and are three-quarters reunited as both Chamberlin and Iha have returned to the fold. Before recording this new LP, Iha and Corgan hadn’t had a proper friendship in seventeen years. In a Beats 1 interview with Metallica drummer Lars Ulrich, Corgan talks about how recording with Iha after nearly two decades “threw us in deep end”. More astonishingly, Wretzky and Corgan still haven’t spoken face-to-face in almost nineteen years. Produced by the notorious Rick Rubin, Shiny And Oh So Bright, Vol 1. is perhaps the most off-kilter Pumpkins album by their standards.

Right from the off, opening track ‘Knights Of Malta’ identifies as a ballad that delineates from the usual Pumpkins formula. Even though there is no guitar, the listener can’t help but be fixated by the ghostly nature of the background “Woah, woah, woah, woah, woah, woah”, Corgan’s line “We’re gonna make this happen”, and the build-up towards the choir that complements Corgan’s vocals in the outro. The single ‘Silvery Sometimes (Ghosts)’ foreshadows the album’s pop sensibilities. The guitar passages are light and delicate rather than dense and antagonistic. Lyrically, both tracks seem to cast a light on the group’s emotions with regards to recording with one another again after so many years. “Find that open road / Catch that blazing star / And climb out of the hole / To wonder where are”, the first verse from ‘Knights Of Malta’, perfectly sums this up.

The Metallica-inspired ‘Solara’, the Muse-esque ‘Marchin’ On’ (i.e. Muse back in their more glorious heyday) and ‘Seek And You Shall Destroy’ are all significantly heavier in tone. In the former track, “Nothing but a body in mind / I’m left to ash / Not here but past” seems to be Corgan’s opinion about bands not breaking artistic barriers but only reiterating what has been musically beforehand. In another way, The Pumpkins once embodied changes in music but are now fighting the very thing they used to exemplify: “Become the one that fights you”. This signifies that The Pumpkins have not been duty-bound to any specific audience for a very long time and will, therefore, continue to make music that they want to make.

Although Corgan and co. continue to write exulting music, the songs ‘Travels’ and ‘With Sympathy’ disrupt the flow of the album to an extent. Chamberlin’s drums, plus Corgan and Iha’s guitar riffs and melodies, are unexciting and leave a lot to be desired. Shiny And Oh So Bright, Vol. 1 is a continuation of almost two decades worth of experimenting with new ideas from The Pumpkins. While some come across as innovative, others could do with some fine-tuning. (6/10) (Harry Benyon)

Listen to Shiny And Oh So Bright, Vol. 1 / LP: No Past. No Future. No Sun. here via Spotify, and tell us what you think below!