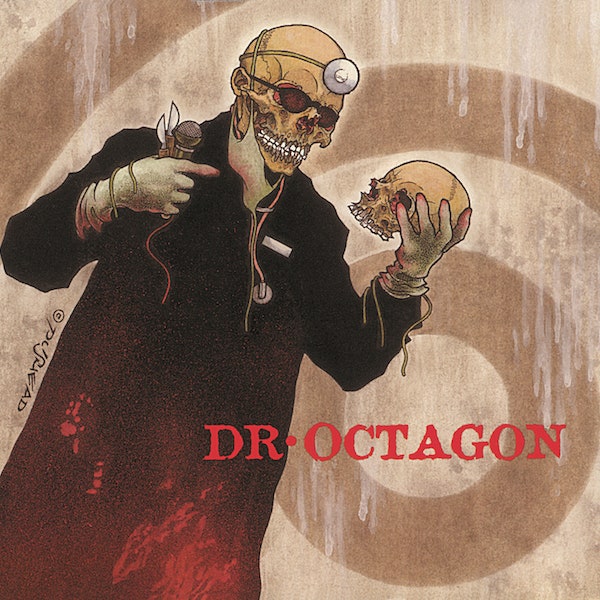 Although he had spearheaded one of hip-hop’s most influential groups as a member of Ultramagnetic MCs – their 1988 debut Critical Beatdown is one of the golden age of hip-hop’s seminal texts – by the mid-Nineties it was far from clear what Kool Keith’s legacy really was in the pantheon of music. Many of rap’s first wave of artists in the Eighties, with the possible exception of the Native Tongues movement of bands like A Tribe Called Quest and De La Soul, looked rather anachronistic and in the face of gangsta rap’s inexorable rise at the beginning of the following decade. The story of how Kool Keith bucked that trend and created one of hip-hop’s all-time greatest cult albums is an object lesson in how to remain relevant in a changing musical landscape.

Following the demise of his former crew in the early Nineties, the rapper – real name Keith Matthew Thornton – spent his first few solo years out in California. Inspired by the West Coast scene he was immersing himself in, he and long-time collaborator KutMasta Kurt recorded a demo tape that he mailed to hip-hop radio stations and various tastemakers that didn’t bear his name but contained a track detailing a mysterious character named Dr. Octagon – a sinister and sexually obsessed time-travelling gynecologyst/surgeon from the year 3000. The unnamed project attracted the attention of Dan ‘The Automator’ Nakamura, and together, they created more than two albums’ worth of material together, recording with sporadic help from KutMasta Kurt and the dazzling turntablist skills of DJ Qbert.

When it arrived in the middle of 1996, Dr. Octagonecologyst sideswiped a scene very much dominated by realism, one defined by the West Coast’s gangsta rap and Nas’s stark, street-level flows in New York. Hip-hop had always had the potential to be weird, but in the two decades since the culture’s birth, the genre hadn’t been taken to quite this level of strangeness before. It was Kool Keith’s most consistently brilliant lyrical display, simultaneously transcendent in its articulation yet capable of eschatological vulgarity and crudeness at any given point, and represented a quantum leap in terms of rap’s state of the art, in what could be accomplished by an MC, delivering an array of body horror imagery toeing a fine line between the playful, B-movie grotesquery and genuinely blood-curdling. Indeed, some of his flows completely defy the conventions of regular rhyme – take the lines “Dr. Octagon, paramedic focus on the East / For priests, my anesthetics prescribe a certain fertilizer” (‘Blue Flowers – Revisited’).

The Dr. Octagon character is introduced to us in early album track ‘Earth People’, its spooky synth and bassline generated by DJ Qbert putting his turntables through a wah-wah pedal. We get more biographical detail in the titular track halfway through the album, and on the absurdly lascivious ‘Girl Let Me Touch You’, which would be sleazy in most hands but the deliberately exaggerated, fantastical nature of Keith’s execution gives the track the appropriate sense of goofiness. ‘A Visit To The Gynaecologyst’ achieves the same kind of comic register.

However, Kool Keith’s playful and surrealist discourses may not have been anywhere near as impactful without Nakamura’s atmospheric production. Meticulously arranged, with clipped, blunted beats and eerie effects influenced by science fiction and analogue electronica, he provided a suitably subterranean backdrop for the kaleidoscopic wordplay, in addition to some skin-crawling medical-porn samples. KutMasta Kurt’s presence is latently felt throughout – though he ended up having to sue Nakamura to get his credit – as is DJ Shadow in places.

The head nodding tempo and sparse boom-bap of ‘Real Raw’ is the kind of atmosphere that Dr. Octagonecologyst operates in. The thudding beats, spacey effects and tasteful scratching of ‘No Awareness’, the patchwork sampledelia of ‘Bear Witness’ and the jacking beats of ‘I’m Destructive’ all provide plenty of variation but keep the album coherent, within an identifiable parallel sonic universe where Dr. Octagon comes to life. Consistently held up as the album’s finest track, for good reason, is ‘Blue Flowers’, its horror-movie violin loop performed by Nakamura that exists somewhere between calm and queasy providing a brilliant backdrop for more lysergic wordplay (“supersonic waves combines and burn as brainwaves”).

By showing a willingness to continue experimenting, rather than burnishing an existing image, Keith reinvented himself with a cult fanbase in the Nineties. Originally released on the Mo’Wax and Bulk labels, in 1997 Dr. Octagonecologyst was reissued with bonus tracks by Dreamworks – surely one of the most esoteric releases for a major label in history. It turned Kool Keith into “a rock star”, as he said several years later. Nakamura, as Dan The Automator, went on to become one of the most inventive hip-hop producers in the business, working with Gorillaz in the project’s early days and helming Handsome Boy Modelling School.

The graphic content of the album, purveyed as it was by males with women the victims of the fictional protagonist’s sinister obsessions, also attracted criticism in some quarters. In 2011, a 32-minute mash-up response tape was created by Feminine Itch for the magazine DIS that paired up remixed instrumentals from Dr. Octagonecologyst with the stand-up comedy of Sarah Bernhard. The undoubtedly misogynistic elements of the cartoonish violence were certainly of their time, and wouldn’t get made in 2021. Kool Keith himself was hugely ambivalent about the reception to the album, noting that the audience he gained in its aftermath was almost entirely white and opting to kill off the Dr. Octagon creation by introducing another character, Dr. Dooom, on 1999’s follow-up First Come, First Served. While he later brought him back on 2006’s The Return Of Dr. Octagon with the alter-ego Mr. Nogatcoand has continued to revisit it from time to time, his relationship with the character has always been complex.

Listen to Dr. Octagonecologyst by Dr. Octagon here via Spotify, and tell us what you think below!