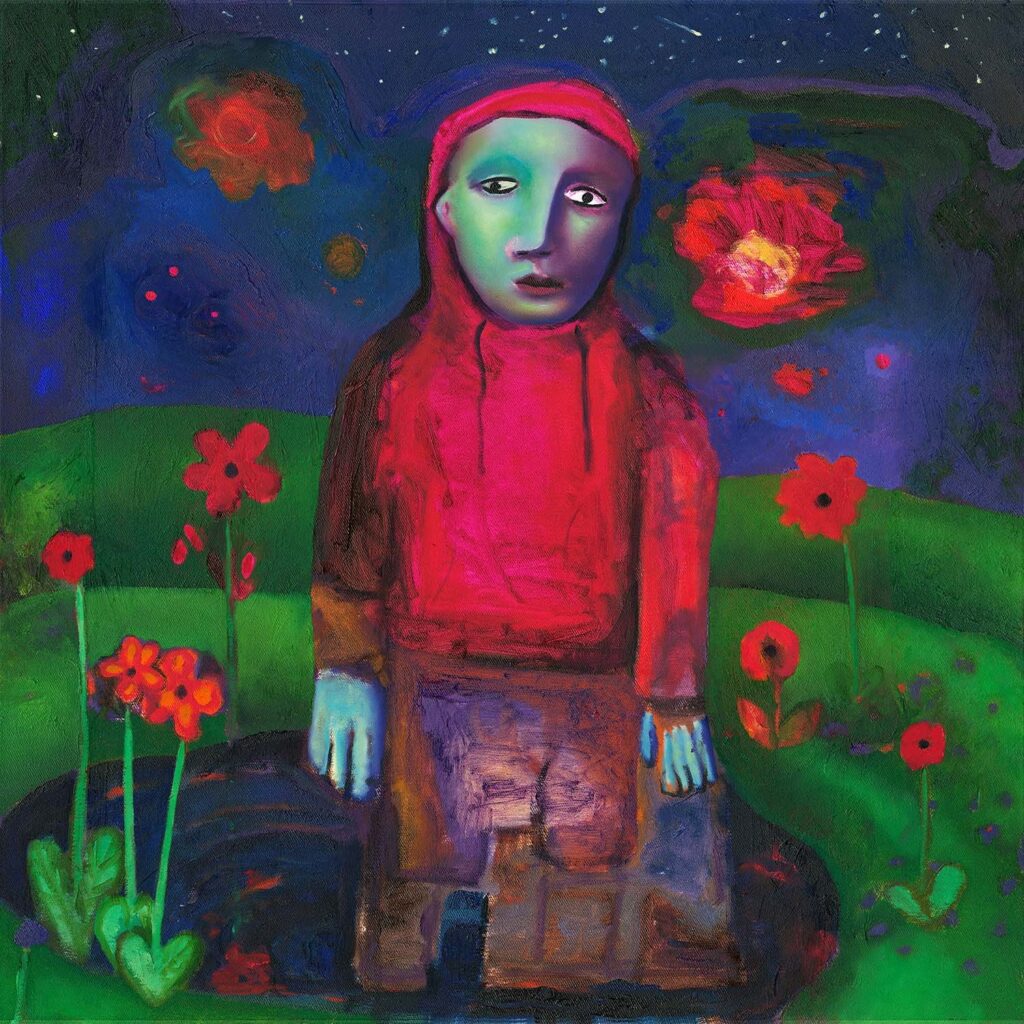 Marie Ulven’s first full-length girl in red album ‘if i could make it go quiet’ could transform her huge cult fanbase into mainstream success.

Following the release of a handful of well-received singles that made Marie Ulven, a.k.a. girl in red, pretty much the most beloved bedroom pop artist in the world, the Norwegian singer and songwriter finally releases her debut full-length album. Openly queer and incredibly candid when it comes to the hopelessness of being young, confused and in love, Ulven brings a lot personality to the lo-fi DIY space and makes it clear that she can sing and communicate whatever she thinks.

With an already astounding online following, the success of this debut is really a no brainer. Yet, in contrast to its title, if i could make it go quiet is actually a turn into the opposite direction – louder, bolder and at Ulven’s most outspoken. While it breaks away from her slightly dimmer beginnings, namely the early hits ‘we fell in love in october’ and ‘i wanna be your girlfriend’, it seems like it’s the only direction in which she could ever go.

The album opens with ‘Serotonin’, a track co-produced by FINNEAS and Matias Tellez, and a single on which Ulven vividly depicts what it’s like to struggle with mental health: “I get intrusive thoughts like cutting my hands off / Like jumping in front of a bus / Like how do I make this stop”. ‘Serotonin’ is both deeply dark and weirdly uplifting, and while it can pull you in with its personal lyrics, it’s more likely to captivate with its synth-heavy pop production.

‘Body And Mind’ comes soon after and uses a similar mixture of gloomy, heart-breaking lyrics which contrast with a dynamic, upbeat production. While this pattern repeats throughout the record, each song on if i could make it go quiet can leave an impression of being something new and fresh, and that’s really good news considering that all songs on the album have been written and co-produced by Ulven herself.

Whilst if i could make it go quiet is not a perfect record – and it does slump here and there on a few occasions, namely with songs such as ‘midnight love’ and ‘Apartment 402’ which aren’t lyrically as sharp as what Ulven has gotten us used to – that unevenness creates a platform for those really great songs to shine. Those highlights include ‘hornylovesickmess’, probably the most fun track on the record, or ‘Rue’, an almost anthemic songs that once again delves into the topic of dealing with one’s mental health.

if i could make it go quiet is by far one of the most interesting debut albums that have emerged from the bedroom pop wave of artists, many of which haven’t been able to translate their SoundCloud fame into a tangible, lasting music career in a conventional mainstream sense. While it’s still early for Ulven too in terms of a judgement in that regard, even with the immense success of her previous singles and this newly released debut, it’s definitely a promising start. (8/10) (Alicja Rutkowska)

Listen to If I Could Make It Go Quiet by girl in red here via Spotify, and tell us what you think below!

Tags: album, AWAL, girl in red, if i could make it go quiet, Marie Ulven, review