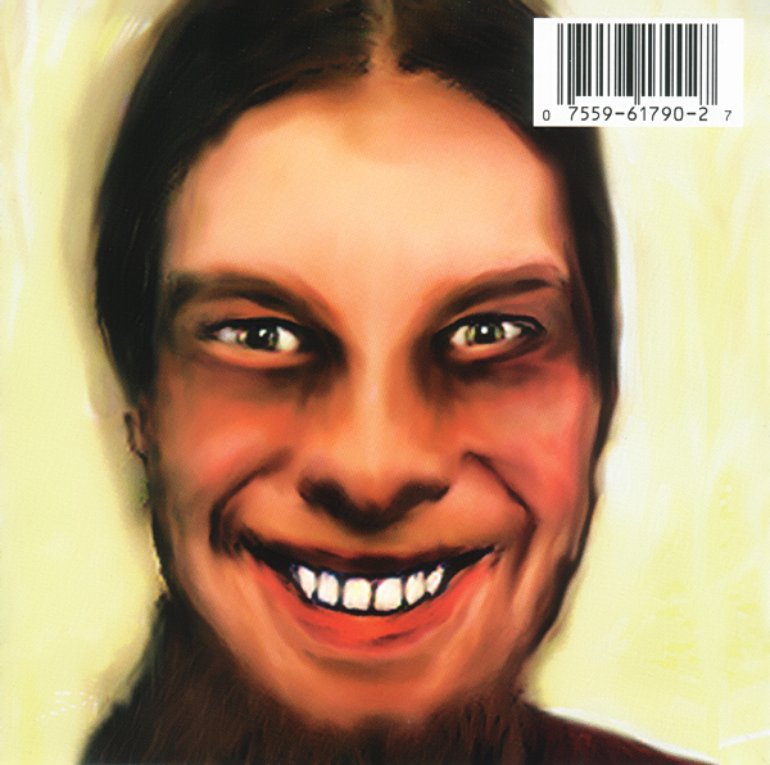 Traditionally, and somewhat unfairly, …I Care Because You Do is viewed as a kind of awkward middle child in Richard D. James’ discography as Aphex Twin, falling between two stools of his early analogue era and the digital chaos he was embracing at the turn of the millennium. Released in April 1995, at a point when media interest in British electronica was at its highest, RDJ’s third Aphex album got a somewhat muted response, at least in comparison to his 1992 breakout, Selected Ambient Works 85-92, which regularly features near the top of those occasional best electronica albums ever lists, and the cult status afforded to its follow-up, Selected Ambient Works Vol. II. Many felt it was neither one thing nor the other, a criticism that only heightened when the brain-melting Richard D. James Album arrived the following year to usher in a new phase of his artistry.

However, that lack of a defining aesthetic is one of the album’s strengths, as it runs a gauntlet of styles in a way that gives the listener one of the most all-encompassing views of his artistry. It’s a snapshot of a mercurial and ingenious artist in transition, recorded largely at the same time as the almost completely percussion-free double album SAW Vol. II and his Surfing On Sine Waves LP as Polygon Window, but with two tracks (‘Wax The Nip’ and ‘Come On You Slags!’) dating as far back as 1990. James was growing frustrated with what he perceived as the limitations of creating with synths, drum machines and other physical instruments, and was beginning to take an interest in computer-based means of recording. Several of the tracks see him spilling outside of traditional genre conventions and production techniques. At the same time, however, he hadn’t departed from his origins completely. It makes …I Care Because You Do the album the last of the analogue-only trio of Aphex Twin LPs.

In the context of the contemporary fashion in Massive Attack / Portishead-inspired trip-hop in the mid-Nineties, …I Care Because You Do looks to undermine and rebuild those influences in Richard D. James’ own image. Ever the joker in the pack of the first wave of British techno artists (to borrow a phrase from Mixmag’s recent feature on RDJ) his impulse was one of mischief, to invert, subvert and generally fuck with the form. He belongs nominally in the techno and electronica brackets, but he’s used these labels as a guiding, abstract philosophy rather than any kind of physical template for the music itself. It’s with …I Care Because You Do that James truly begins to express himself in this way, the point at which Aphex Twin becomes an avatar for all kinds of subsequent sub-genres and accelerating their development – IDM, braindance, drill ‘n’ bass, whatever names you want to give to them.

It’s therefore a somewhat schizophrenic album, one where abrasive rhythms meet ambient – often symphonic – background elements, making for a listening experience that’s comforting but also quite nerve-shredding. From the comparatively regular mood established with the beats of the tranquil opener ‘Acrid Avid Jam Shred’ – many of the song titles are anagrams of ‘Aphex Twin’ or ‘Richard D James’ – he runs a gauntlet of different styles and moods by throwing the listener consecutive curveballs, ranging from the squidgy ‘Wet Tip Hen Ax’ and delicate ‘Mookid’ to the menacing strings and ambience of ‘Next Heap With’ and the rapid-fire jungle and techno of ‘Start As You Mean To Go On’. The twinkling ascending and descending synths and pachinko-style beats of ‘Come On You Slags!’ represents a kind of soft bombardment of ricocheting rhythms and effects. ‘Icct Hedral’ is almost film-like, its spooky strings and chilling ambience recalling Philip Glass – whom, fittingly, would remix the track for Aphex’s Donkey Rhubarb EP, released later in 1995 and a great sonic accompaniment to …I Care Because You Do (check out the demented calypso of its title track, for one).

The futuristic vision for sound design of ‘Alberto Balsalm’, however, is the real standout and the proof that, deep down, RDJ had a flair for writing earworm hooks and melodies, something that would be heard later in what’s now Aphex Twin’s most-streamed track, ‘Avril 14th’). Meanwhile, the shooting, streaking rhythms of ‘Wax The Nip’ reflect James’s very earliest work. Then there’s ‘Ventolin’, surely one of the most abrasive singles in history, setting crunching beats to a loud dentists’ drill whine, apparently inspired by the faint tinnitus (sound of ringing) listed as a side-effect by asthmatics who use the medication.

James would very shortly leave this kind of music behind permanently, just 18 months later releasing the whirlwind of digitised breakbeats and unstable time signatures that made the Richard D. James Album and its accompanying ‘Come To Daddy’ single/EP bring him adjacent to the mainstream. Although its reputation as a bridging album is probably not going to change, there are an impressive number of stunning moments of ingenuity and boldness on …I Care Because You Do to make it worth any listener’s time of day. And even when it isn’t in top gear, it’s still a hell of a lot more inventive than most artists can even conceive of.

Listen to …I Care Because You Do by Aphex Twin here via Spotify, and tell us what you think below!