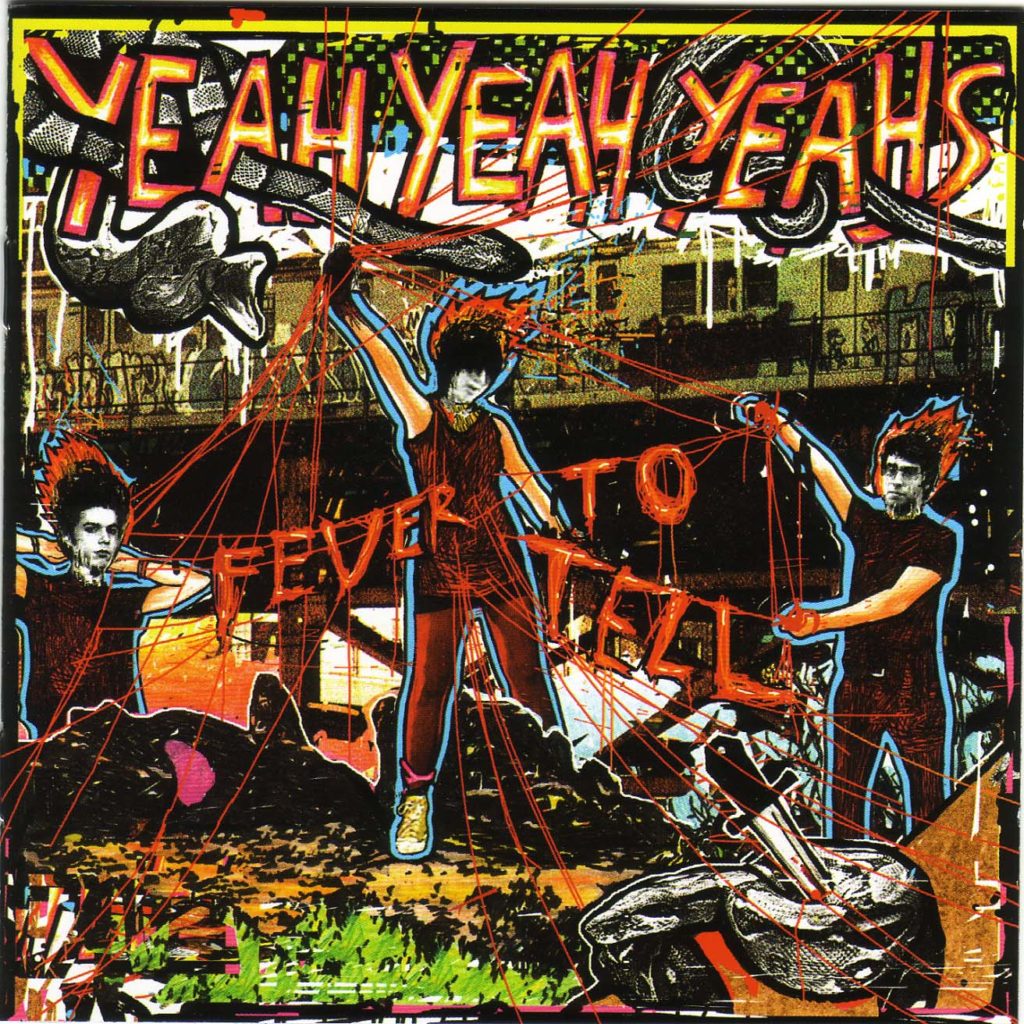 Having been silent since the release of 2013’s uneven but entertaining Mosquito, it seems to be an odd time for Yeah Yeah Yeahs’ seminal 2003 debut album Fever To Tell to get the expanded box-set treatment. For me personally and for many indie fans, this was one of the most exhilarating and memorable releases of the early 2000s. But it has also stood the test of time, sticking in the memory a lot more than releases by some of the YYYs’ contemporaries back then.

It says a great deal that Yeah Yeah Yeahs are able to take such relatively long breaks from the music scene and yet still pick up exactly where they left off in terms of their popularity. There have been gaps of at least three years between each of their four albums, which, in the modern music industry, is usually too long to capitalise upon the success of the previous one. So what was it about Fever To Tell that gave the Yeah Yeah Yeahs such a solid launchpad for their career?

A significant reason is that Fever To Tell arrived after what had seemed like an interminable period of waiting. Their self-titled EP had crash-landed in the summer of 2001, causing the indie press to practically salivate with frenzy. Here, at last, was a genuine alternative to what passed for ‘indie’ at the start of the ‘noughties’ – not one, but TWO, quality bands from New York (we were all waiting for The Strokes to release their epoch-defining masterpiece Is This It back then as well). Then, 15 long months passed before the frustratingly brief Machine EP, a red herring which made a lot of fans go ‘what the hell, man?’. It seemed as though they were just toying with us.

So by the time Fever To Tell did come out, nearly two years after that first EP, a lot of the hype excitement had been generated for it without much of the usual publicity that new bands have to endure to get attention. A story arc had been established.

But hype is nothing without substance, obviously. Fever To Tell is bursting at the seams with addictive hooks, distinctive style and effortless cool – most of that centered around the sashaying, magnetic figure of Karen O, backed up with a piledriving rhythm section in guitarist Nick Zinner and drummer Brian Chase. For an album that took so long to arrive, it sounds surprisingly homemade, like a series of rough-and-ready demos. But this is charming rather than problematic, as it is part of the YYYs overall aesthetic at this time – coming across like a group of fidgety, impulsive but hugely creative teenagers let loose in a studio. David Sitek, of fellow art-rockers TV On The Radio, on production and experienced sound engineer Alan Moulder had a lot to do with this carefully crafted impression.

Opener ‘Rich’ was unlike anything they’d done before, its understated and relaxed demeanour making use of a clarion keyboard line. But then they launch into an incredible string of quickfire garage-punk tracks that barely pauses for breath until the eighth track. Singles ‘Date With The Night’ and ‘Pin’, and the breathless, almost hyperventilating ecstasy of ‘Tick’ were the best of these. Zinner’s almost cartoonishly heavy guitar lines (bear in mind that the YYYs had no bassist when you listen) are the engine, and interact perfectly with Karen O’s unmistakable vocals.

The best example of this is on ‘Maps’, a totally drop-dead gorgeous indie love song where simplicity equals grandeur and beauty. Tracks like the surging ‘Y Control’ and minimalist closer ‘Modern Romance’ give Fever To Tell its variety, and compared to some of the other albums being released by artists of the same genre back then, it made it sound more immediately timeless.

Not only did Fever To Tell deliver on the hype and expectation, many critics immediately spotted something in the album that would mean the YYYs would have greater longevity. Of their main competitors, The White Stripes have split up and The Strokes seem to sound less interested with each passing year, but Karen O and her gang are still going. 2006’s sophomore effort Show Your Bones repeated the giddy glory of the debut, adding an extra veneer of professionalism and songcraft, while 2009’s It’s Blitz! began to filter electronic influences along with the art-punk to compelling effect. 2013’s aforementioned Mosquito was a mixed bag, but its failures were at least interesting.

So, nearly 15 years later, Fever To Tell is getting the expanded box set treatment. It will set back an American listener very nearly $200 when released later this month, but the packaging looks sublime and the depth and breadth of the archive trawling represents the final word on this early noughties classic. It’s always worth revisiting to remember how great it was the first time around, and deserves a place in any record collection.

Listen to Fever To Tell by Yeah Yeah Yeahs here via Spotify, and tell us what you think below!