WOMEN IN ROCK no.6: Siouxsie Sioux 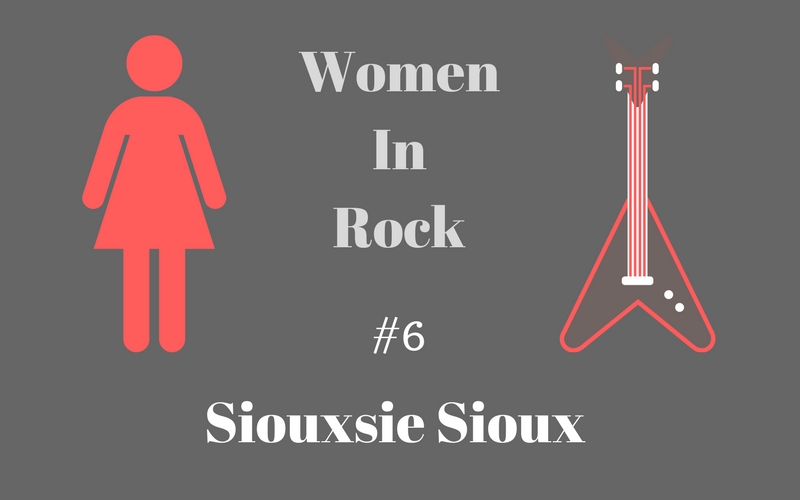 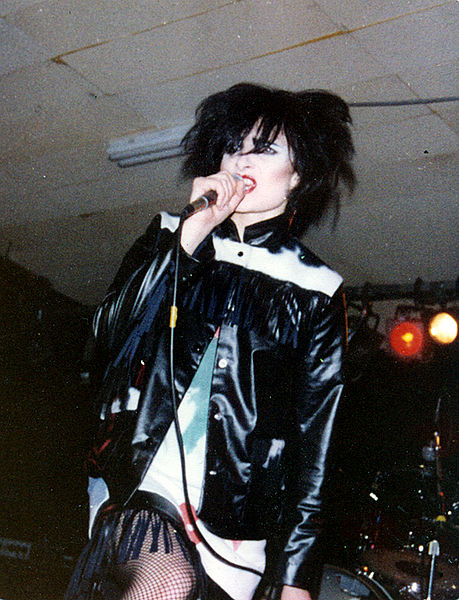 Coinciding with a weekend crucial in celebrating the 40th anniversary of punk – the release of the one and only Sex Pistols album, no less – this month’s Women In Rock profile examines High Punk Priestess Siouxsie Sioux. Known primarily for her career with Siouxsie And The Banshees, Siouxsie was a member of the infamous Bromley Contingent, itself an integral part of the 1970s London punk scene. She is considered to be one of the most influential artists of her era, both musically and aesthetically, and her role within the story of British punk is unquestionable.

Although 1970s punk is very male-dominated and unfortunately a lot of the female bands often seem to be forgotten about – see Viv Albertine’s graffiti at the British Library’s punk exhibition last year! – it is rare that any sort of throwback or documentary on this iconic moment, of both musical and cultural history, will not mention Siouxsie. A true original, she embodies the true spirit and ideology behind the punk movement.

Siouxsie had an unconventional adolescence compared to most of her peers. She has spoken of how her family was always different and felt isolated from the local community in Bromley, south east London, where she grew up, and has stated that “the suburbs inspired intense hatred”. Siouxsie was also an unfortunate victim of sexual assault at a very young age which went completely ignored by her parents. As a result, she has often spoken of how she grew up “having no faith in adults as responsible people”. She states that “as the youngest in my family I was isolated – I had no one to confide in. So, I invented my own world, my own reality. It was my own way of defending myself – protecting myself from the outside world. The only way I could deal with how to survive was to get some strong armour”.

With this in mind, it feels natural that Siouxsie found her place in the DIY, anti-authoritarian world of punk. Siouxsie was also a huge lover of glam rock while growing up, as were many of the punks, and yet the similarities between glam and punk are something that is often overlooked. Punks evolved the decadent dress and showmanship of glam rock and made it about revolt.

The punks made headlines in the 1970s for their ‘outlandish behaviour’ and deliberately provocative dress. While punk was by no means tame in its explosion, this outlandishness was largely the product of a media frenzy that came about after the infamous Bill Grundy interview with the Sex Pistols – an event that Siouxsie was actually in attendance for. This interview made punk (and the Pistols) a household name after Grundy leered over Siouxsie and encouraged the band to “say something outrageous” which led to a slew of swear words from Pistols guitarist Steve Jones – an event the Mirror dubbed THE FILTH AND THE FURY!

The interview aired at 6:15pm and supposedly resulted in disgusted viewers kicking in their television sets and complaining to ITV and beyond. Suddenly everyone knew about punk, but instead of being about rebellion and angst from a disenfranchised youth, to the average suburban, conservative British family in the ‘70s, punk became something to be feared.

Punk brought fetish and bondage gear to the streets (often with the help of Vivienne Westwood and Malcolm McLaren) and sought, unwisely, to reclaim the swastika – Siouxsie herself was beaten up for wearing a swastika on her arm – something particularly shocking at this time as most of them would have been the children of the war generation. Fashion became confrontational, especially for the women. The women in punk were not there to be looked at. They completely challenged the sexist conventions of the time (Viv Albertine of The Slits often recalls that “the men didn’t know whether they wanted to fuck us or kill us”) and set themselves worlds apart from the pretty popstars of the day.

Indeed, Siouxsie’s look is part of what has made her such an enduring icon. Fetish wear aside, Siouxsie is instantly recognisable from her huge black hair, her dramatic eyeliner, and, of course, her signature eyebrows. Even in the context of London in the ‘70s, often a hotbed for avant-gardes and fashionable deviance, Siouxsie really stood out from the crowd. However, it wasn’t just the way she looked that set her apart from everyone else – her music with the Banshees was also very different to most of the sounds coming out of the London punk scene at that time.

The first ever incarnation of the Banshees is mentioned in probably every good account of punk. In 1976, Siouxsie, Steve Severin, Marco Pirroni and Sid Vicious performed a 20-minute improvisation of the Lord’s Prayer at the 100 Club – or at least that’s what it was supposed to be, it has often described as being ‘unlistenable’. But the musical partnership of Siouxsie and Severin (also of the Bromley Contingent) in the beginning was integral to the Banshees becoming the band that they were. They took the attitude and platform of punk – which was turning things on their heads in itself – and made it completely their own.

The Banshees’ distinctive sound and innovation rendered it impossible for them to ever be lumped into the ‘three chord punk’ category, and instead led them down a darker path which is why they are often considered as pioneers of goth rock and could perhaps even be said to have paved the way for the experimentalism of post-punk – all the while, enjoying a great deal of crossover success, notching up 18 UK Top 40 hits in their career.

Siouxsie’s voice is incomparable – she is perfectly deadpan (although this did change in later tracks such as ‘Kiss Them For Me’) and yet ethereal, full of energy and attitude. The combination of Siouxsie’s voice along with Severin’s bass, Budgie’s drums and their various guitarists over the years led to the creation of a band that were really special. They have influenced bands across the whole alternative spectrum and, from a scene born out of discordance and riot, managed to produce music that was completely wild and yet poised and polished in equal measure.

As well as Siouxsie and the Banshees, Siouxsie and Budgie also worked together as a vocal-drum duo named The Creatures. They started as a side project and released four albums, becoming a full-time outfit after the Banshees finally split in the mid-1990s. The Creatures pushed the boundaries even further and made avant-garde madness into music, including the most bizarrely brilliant cover of The Troggs’ ‘Wild Thing’. It’s unfortunate that The Creatures seem to have faded into obscurity, and remain largely unheard of despite the fact that they were making music until 2005.

Siouxsie also released a solo album Mantaray in 2007 which, again, seems to be mostly forgotten about. Throughout her career, Siouxsie has remained a very private person and seems to have never felt the need for media or mass approval. It seems unlikely that there will be any follow-up albums in her solo career (although not impossible), but what we do know is that Siouxsie’s legacy in both music and style will live on forever. It would be inherently wrong to discuss punk and not mention Siouxsie and the Banshees. Siouxsie (and indeed the Banshees) were a vital part of the London punk scene; but not only that, they are integral to alternative music as a whole.

Check out our ‘Siouxsie Sioux: An Introduction’ playlist here via Spotify, and tell us what you think below!

Tags: An Introduction to, Jesse Casey, profile, Siouxsie and the Banshees, Siouxsie Sioux, The Creatures, Women In Rock