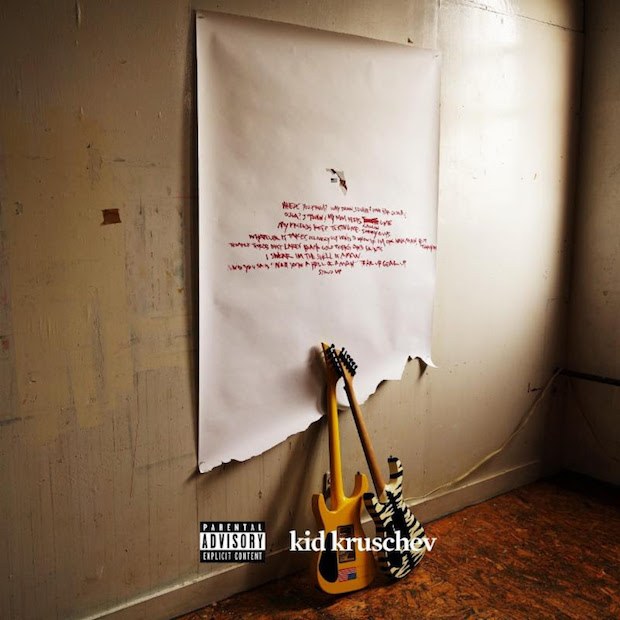 The Brooklyn noise-pop duo Sleigh Bells prove they’re back for good after their three-year hiatus, as they have swiftly released their new mini-album Kid Kruschev, only a year after the release of Jessica Rabbit. Let’s just hope they spelt Khrushchev wrong intentionally…

Kid Kruschev is development of maturity we heard blossoming on Jessica Rabbit. During their three year hiatus, Alexis Krauss and Derek Miller realised they could do more with the Sleigh Bells sound than just made “big, dumb dinosaur riffs”, as Miller termed it. This harsh and abrasive sound worked incredibly well on their memorable 2010 debut Treats and on their sophomore album Reign Of Terror (2012), with beautifully violent tracks such as ‘Riot Rhythm’ and ‘Comeback Kid’. However, Bitter Rivals (2013) showed that the duo were just relying on arbitrary noise and needed a change in sound.

Jessica Rabbit began the transition of their music becoming more than just noise. On Kid Kruschev this emotiveness is taken to another level as the issues discussed are more personal and specific than over before. This can be heard on the current single ‘Rainmaker’ which is the stand out track of the mini-LP about a specific heartbreak. Alexis’ pained and piercing vocals in the hook of “I can hardly stand / I can hardly sleep / I can hardly speak / I can hardly breathe / it was never really meant to be, you and me” create an atmosphere of despair and agony that has never been heard so effectively on a Sleigh Bell’s track before.

On previous albums, Alexis’ voice was used as an instrument to add to the ferocity of the instrumental sound, a similar technique to that of Crystal Castles. However, as part of the development of Sleigh Bells’ sound, this role has been reversed as now Alexis’ vocals lead Kid Kruschev with Derek’s instrumental work in response to her. On ‘Panic Drills’ the instrumental backing opens heavily in the verse but changes to that swirling synths and throughout the chorus. Instead of using his guitar solely for heavy riffs Derek uses subtleties such as slow string bending in the outro almost in a spontaneous reaction to Alexis’ tormented lyrics of “alive to fight some other time”.

The closing track ‘And Saints’ is one of the simplest and minimalist tracks the duo have ever done. Its ethereal sound created is through the swirling synths which softly intertwine with the fragility of Alexis’ heavenly echoing voice. ‘Florida Thunderstorm’ almost acts a softer rendition of ‘Show Me The Door’, another track on this album. On this, Alexis’ vocals are accompanied by chirping birds and a beautiful folk-influenced acoustic riff of finger-picking and hammer-ons. These soft songs being paired together as the final tracks of Kid Kruschev creates a sense of structure and purpose to the album as its sound winds down.

However, this isn’t to say that the vicious guitar power heard in Treats is completely lost as a consequence of Alexis taking the lead. Instead these moments of heavy drum beats and gritty guitar riffs rationed between tracks in order to have the greatest impact. On the opening track ‘Blue Trash Mattress Fire’ a hard-hitting amass of guitar and takes you complete off guard half-way through and created a sense of excitement for what’s next to come on the album.

While there still is room for improvement, Sleigh Bells are clearly on the right track. Through this mini-LP, they are showing their developing maturity. They have learnt how to add powerful and authentic emotion but not wholly at the expense of their trademark sound of crashing guitar riffs and thick drum beats. Instead, these moments of ferocity are saved to for the moments where they have to the most impact, keeping you constantly on your toes. (7/10) (Sandie Garland)

Listen to Kid Kruschev by Sleigh Bells here via Spotify, and tell us what you think below!