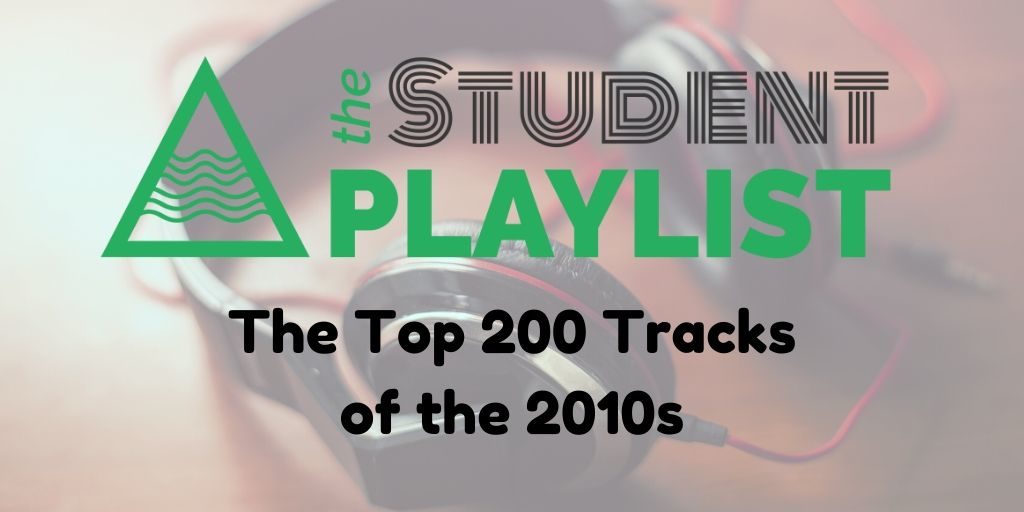 While nearly every track from My Beautiful Dark Twisted Fantasy could stand as a sort-of masterpiece in their own right, ‘Monster’, in particular, was a true showcase of the unrelenting beats, sampling at its best, and the gloriously insane rap verses (see Nicki Minaj’s iconic contribution) that put Kanye West back at the top of the music world back in 2010. (EW) (LISTEN)

Drawing on a classic pop trope of jealousy and heartache on the dancefloor, its protagonist watching on and struggling to hold herself together as she watches an old flame with another woman, ‘Dancing On My Own’s misty-eyed sense of drama and poignancy immediately linked it with previous Robyn smashes like ‘Be Mine!’ and ‘With Every Heartbeat’. Powered by a surging electro-disco hook, the shuddering bass and beats managed to sound both aggressively urgent and ineffably melancholy at the same time. This plainly exposed contrast between emotions and feelings, not least the song’s message of dancing through heartbreak, rightly served as a template for so much of the decade’s best pop music. (LISTEN)

From the ingenious lyrics about “driving Cadillacs in our dreams” to its minimalist, snappy instrumental backing, Lorde’s ‘Royals’ can be called the anthem of a generation, bringing the attitude, mindset and specific type of boredom of the Nineties kids to life. It also proves that era-defining pop doesn’t need to have the kitchen sink thrown at it, re-establishing the golden rule of economy in pop. (AS) (LISTEN)

Over swelling strings and noir-ish arrangements, Lana Del Rey sang of a James Dean-like man and a romance so perfect it hurts, vocally switching from her signature whispery lows to dramatic, breathy highs. As such, ‘Video Games’ still stands as a testament to everything great that propelled the singer to fame back in 2011, establishing a template of mining classic yet forgotten aspects of American pop that she’s explored over five studio albums and not even begun to exhaust. (EW) (LISTEN)

The winding epic that opened Lost In The Dream, the intricate masterpiece that made The War On Drugs into a word-of-mouth success in 2014, ‘Under The Pressure’s serene surface level appearance belied a song of gnawing anxiety and yearning to escape it. Those opening ripples of piano chords and rippling, reverberating guitars that so uncannily echoed that West Coast yacht-rock sound, that movie-inspired cliché of driving down the Pacific Coast highway at sunset with the top down. But ‘Under The Pressure’ also touched on what it is to leave something behind, or at least to achieve temporary respite from it, and those themes are what made it appeal to a wide audience of teens, millennials and middle-aged. It reflected bandleader Adam Granduciel’s experiences battling depression, as well as recovering from the more immediate fall-out of the disintegration of a long-term relationship. (LISTEN)

After a decade of toiling in the hinterlands of indie and electronica – albeit creating a handful of beloved LPs with cult status – Anthony Gonzalez’s M83 were catapulted to international fame. Millions reached for their smartphones and Shazam’ed this utterly gorgeous earworm of neon-bright synth-pop that completely transcended all of the influences that it wore so proudly on its sleeve – namely its massive hook, Gonzalez’s glossolalia vocals and the heart-stoppingly gorgeous ‘Baker Street’-esque sax outro. ‘Midnight City’ is a prime example of how the thesis of Simon Reynolds’ prescient Retromania – that the availability of every piece of music all of the time in the internet age is having an affect on creativity and consumption – can truly produce great art. (LISTEN)

An anthem of hope enduring in the face of hardship and oppression, ‘Alright’ was one of the key centrepieces of To Pimp A Butterfly, striking a note of optimism amid the grimmest of circumstances. In an American decade that saw an increased spotlight on police brutality and the resurgence of reactionary politics, the track’s pay-off line “we gon’ be alright” was adopted by the Black Lives Matter movement, its activists frequently chanting it on marches. Kendrick Lamar’s animated yet philosophical flows made sense as both a celebration and an act of defiance and persistence, with Pharrell’s uncredited writing and production involvement making it one of the most immediately accessible moments on an album lauded for its success at challenging its audience. (LISTEN)

‘Pyramids’, Frank Ocean’s 10-minute minor-chord ode to Cleopatra and which narrates a pimp falling in love with one of his clients, switches gears mid-song almost in a prophetic fashion, going from the moody swagger of Channel Orange into something that would be explored rather more deeply in Blond four years later. With the anxious synth running lines as Ocean echoes that “she’s working at the Pyramid tonight”, the song was epic in every conceivable way, but never overblown, flitting from slow jam to space-funk and back while cramming in sumptuous guitar solos for good measure. (AS) (LISTEN)

Still Kevin Parker’s single greatest accomplishment, ‘Let It Happen’ is one of the most brilliant psych-pop songs ever released, deploying synthesisers, modulators and probably everything else in Parker’s studio to achieve a track that’s as catchy as it is thematically resonant. Opening their most recent album Currents, it was of a piece with their existing work in terms of its sighing, forlorn beauty but, crucially, certain aspects set it slightly apart – the glitchy moment about halfway through that sounds like a record skipping, but which secedes to the song’s next phase, is a masterstroke. (EW) (LISTEN)

The decade’s finest and most memorable track blew up quite outside of the regular channels as far as independent music is concerned. When Future Islands were selected as guests for ‘The Late Show with David Letterman’ in early 2014, frontman Samuel Herring performed ‘Seasons (Waiting On You)’ like his life depended on it, singing, growling, gurning and gesticulating with a disarming sincerity which, in this age of irony and post-everything, forced the viewer into an emotional reaction. It went viral, the song became an enormous hit with its intended indie audiences around the world and Future Islands became enduring festival favourites.

But at the end of the decade, those tremendously impassioned and physical performances may be an important part of the context but don’t explain it’s enduring brilliance. Viral sensations come and go, after all. See-sawing between laughter and tears and set to an intelligent interpretation of Eighties influences from its Peter Hook-esque bass heaves to the twinkling, breezy synths, ‘Seasons’ is a song that both bemoans yet philosophically acknowledges and embraces the inevitability of time passing, of things running their course and people growing apart. A simple sentiment, perhaps, but beautifully and originally expressed – something of a forgotten art form. (LISTEN)