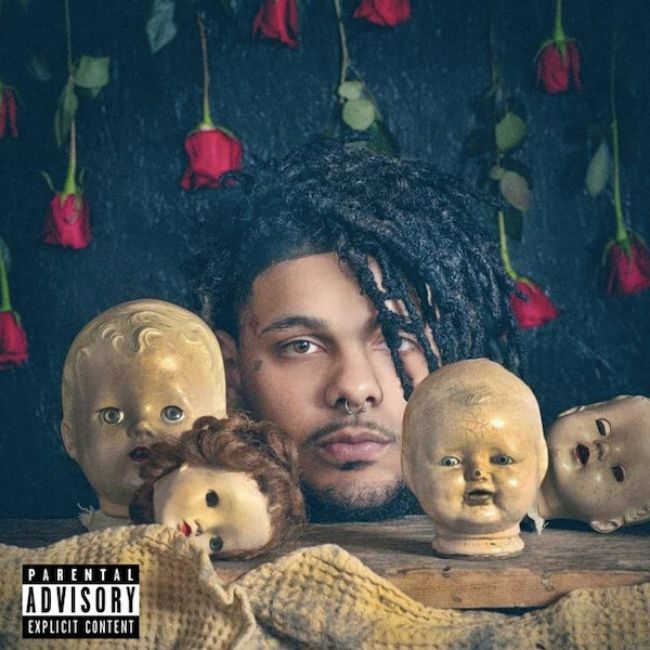 Smokepurpp’s latest mixtape ‘Deadstar 2’ continues to mark him out as one of Florida’s finest new wave rappers.

A prominent figure in the explosion of hard hitting, bassy new wave sounds that having been coming out of Florida the past three years or so, Smokepurpp entered the hip-hop landscape with youthful resilience and an uncaring demeanour that perfectly pandered to veracious rap audiences. Typically known for his catchy flows, materialistic content and a penchant for abrasive beats, Smokepurpp encapsulated what was so fascinating about the Soundcloud wave on his 2017 debut album Deadstar. A blend of relentless bangers, songs like ‘Bless Yo Trap’ and ‘Krispy Kreme’ will definitely have your speakers knocking, and more Auto-Tune leaning songs like ‘To The Moon’, purpp showcased why he’s an artist to watch. On Deadstar 2, he builds on this versatility.

Employing more syrupy and sorrowful tones on songs like ‘Matrix’, a song that merges lavish living with existential nods to being lost in a ‘matrix’ of dependent drug use, and the Trippie Redd assisted ‘All For Me’, a slow moving but passionate ballad that puts forth a lover’s ultimatum intermixed with frivolous but genuine set of reveals, the emotional growth Smokepurpp brings to this album is commendable. No longer set on a simply promoting a boisterous image his overly indulgent style of swag rap seems less like that of a ‘florida jit’ but of someone who’s become wary of what his fame and success has brought him. This is most apparent on ‘Robbin Robbin’ which sees Smokepurpp reminisce on his life prior to blowing up. With soft starry chords and wishful murmuring, the song acts as crux for his current position in life and details the highs and lows of said position.

This being said, Purpp still offers the usual brashness he’s become known for. On ‘Left, Right’ he reunites with frequent collaborator and close friend Lil Pump for a manic b2b which features some pretty unforgivably crass and anachronistic lyrical highlights like, “There’s a witness on the stand so I shot the jury” and “I bust in her face, now that lil’ bitch look like a Toaster strudel”. But he also puts forth an ode to one of the songs that blew him up (‘Audi’) in ‘Audi II’, an upgrade from his past efforts that reflects how he’s now set and can buy more than just Audis.

Smokepurpp also shows off his vast knowledge of trends and great ear for production. On ‘Ariba’ he employs his most daring use of auto-tune over sweet and exotic guitar loops, although the obvious pull from the Playboi Carti flow spectrum diminishes the value of the song. Enlisting help from revered producer Kenny Beats, ‘What I Please’ acts as a gunblazing, fuck-what-you-think anthem that is simple but bangs effectively. With a spooky melody and very solid verse from Denzel Curry, the song is hard to dismiss.

Although lacking in depth and abundant in materialistic content, Deadstar 2 is a fairly enjoyable album that continues Smokepurpp’s trajectory as one of the most sonically relevant new wave rappers out right now. With another project already announced Smokepurpp’s career seems stronger than ever. (6/10) (Daniel Antunes)

Listen to Deadstar 2 by Smokepurpp here via Spotify, and tell us what you think below!