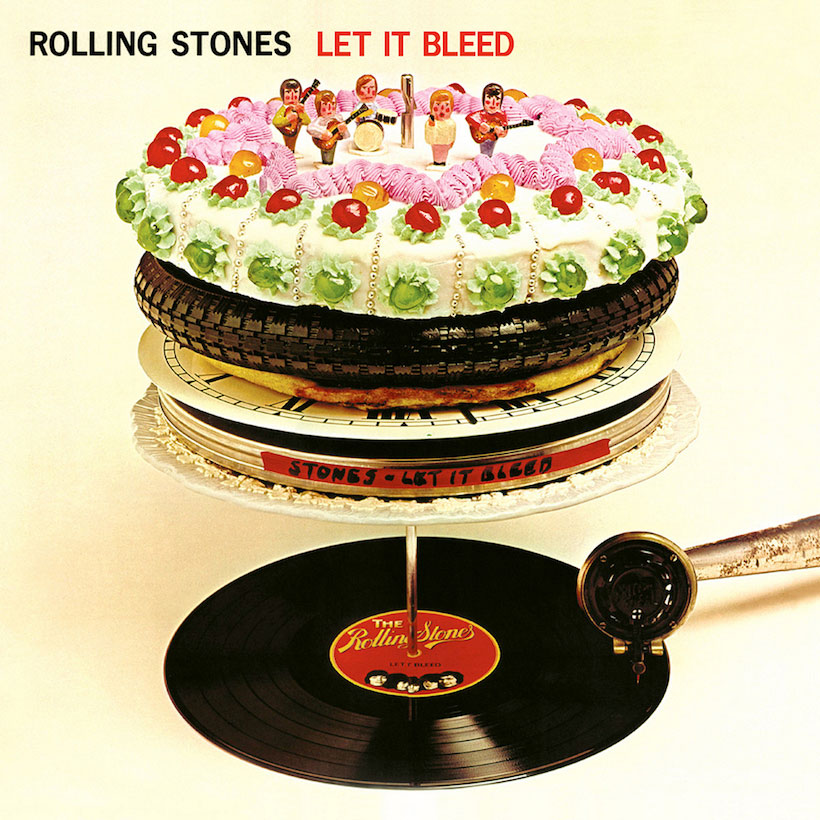 Pop critics and historians have never been able to agree on what exactly caused the Sixties utopian ideal of love, peace and understanding to expire, but most of them are in consensus as to the exact point in time at which it died definitively. That date was December 6th 1969 at the Altamont Speedway Free Festival, an event headlined by The Rolling Stones which ended in death and disaster. Just four months after the iconic events at Woodstock, rock’n’roll was making national headlines for all the wrong reasons. Altamont, for people who both loved and hated youth culture, symbolised the end of an era.

The mood in both rock music and wider society had steadily been growing darker from 1968 onwards. The massacre at My Lai, the disaster of the Tet offensive, and the riots at the Democratic National Convention in Chicago and, in London, at the US Embassy in Grosvenor Square all represented disillusionment with those in power. The myth of Californian idealism then took a fatal blow with the gruesome Manson Family murders the following summer. Pop itself had endured a split at 1967’s Monterey festival, the first occurrence of a rift between ‘authentic’, blues-based guitar rock and ‘plastic’, Motown and Brill Building-based pop, an arbitrary chasm that widened and has existed in music criticism and fandom ever since. Rock itself seemed to be in retreat, with The Beatles’ ‘White Album’signifying a reconnection with realism, pivoting away from the multi-coloured psychedelia of ’67, as well as the Stones’ own Beggars Banquet. By 1969, the Fab Four had to be persuaded to get back in the studio together for what turned out to be their last album; Bob Dylan was missing in action, to all intents and purposes; Fleetwood Mac’s Peter Green caved in to mental breakdown as a result of bad acid; and the Stones, of course, endured their own tragedy with the sad death of Brian Jones that summer, their former creative colossus ousted and overlooked.

It all reached a violent and depressing denouement at the Altamont Speedway outside of San Francisco, an inaccessible and inhospitable place to hold a free rock concert in the first place. Following the irresponsible decision to allow the Hell’s Angels to provide security, antagonism between the fans, the bands and the chain-wielding bikers deteriorated throughout the day. Marty Balin of Jefferson Airplane was knocked unconscious by one of the Angels; Denise Jewkes, lead singer of local band Ace of Cups, six months pregnant, was hit in the head by a beer bottle thrown from the crowd and suffered a skull fracture; The Grateful Dead pulled out of the line-up, hearing about what had happened. The disaster culminated with the death of an 18-year-old African-American fan named Meredith Hunter, stabbed during a scuffle with security during the Stones’ set. Three more accidental deaths occurred – two from a hit-and-run car accident, another drowning in an irrigation canal after overdosing on LSD – and scores more were injured, on top of a great deal of property damage. It was the entirely avoidable result of hubris and egotism, but it also provided a complex metaphor for the death of the hippie dream, the end for the fleeting vision constructed during the Summer of Love and at Woodstock, an epitaph for the Sixties itself during the final month of the decade.

That same month saw the release of the Stones’ eighth studio album Let It Bleed – a record that, in a way, was as much a requiem for the Sixties as it was for what the Rolling Stones used to represent while Brian Jones was still alive. Before they became the lumbering, arena-rock filling behemoths that they’ve remained for the last five decades. When the Rolling Stones returned in early 1971, everything was different. Serious energy and heavy vibes were strictly prohibited, as the knowing Andy Warhol-designed artwork for Sticky Fingers represented. Its lead single ‘Brown Sugar’ was the kind of rocks-off, party-starting good time anthem that they’ve essentially recycled over and over again since, barring the odd foray into disco territory. By 1974’s ‘It’s Only Rock ‘n’ Roll (But I Like It)’, they had essentially become their own tribute band. They even had their own logo, for crying out loud. After dealing in some very heavy vibes with ‘Paint It, Black’, ‘Street Fighting Man’ and ‘Sympathy For The Devil’, even calling their psychedelic 1967 album Their Satanic Majesties Request, some have seen Altamont as the moment that playing around with that kind of rhetoric came back to bite them, after which they never quite had the same belief in their own power. Let It Bleed, goes this version of Stones history, was the last hurrah for the original iteration of the band.

Discussing the album in 1995, Jagger himself said that the songs on Let It Bleed were “disturbing” and “ugly”, undoubtedly influenced by the images on American television of the Vietnam War and the rising civil unrest at home, particularly on university campuses. There’s no greater testament to Jagger’s view than the album’s incredible opener ‘Gimme Shelter’, a heavy-as-hell harbinger of doom that positively radiates paranoia and bad vibes. Over the bone-shaking guitars and rumbling bass, both Jagger and backing singer Merry Clayton are having to strain themselves to get heard. As a musical snapshot of post-Manson, post-hippie but pre-Altamont society, ‘Gimme Shelter’ has no peer.

However, given its historical reputation as a hard-rocking monster, at least half of the remainder of Let It Bleed’s nine tracks surprisingly dwells in a quieter, more measured blues register. The exquisite, devastatingly downbeat cover of Robert Johnson’s ‘Love In Vain’ highlights Jimmy Miller’s excellent production on the record, as does the brief, bluesy ‘You Got The Silver’. Title track ‘Let It Bleed’ begins pretty gently with slide and acoustic guitar, gradually adding elements as Jagger drops references to emotional and substance dependency (“coke and sympathy”; “junkie nurse”). Only the unnecessary country version of ‘Honky Tonk Women’ – a cheesier version of the previously released no.1 hit single and titled ‘Country Honk’ – scans as makeweight.

While these tracks represent a lighter (but no less weighty) side to Let It Bleed, there are a clutch of classic rock pieces that give Let It Bleed real menace. The instantly recognisable riff of ‘Monkey Man’, on top of its creeping piano progression at the start, is one of the cornerstones of the record’s sound, as is the dual guitar-lick trading on ‘Live With Me’. The controversial ‘Midnight Rambler’, loosely telling the story of the mass murderer known as the Boston Strangler and the song that Stones were playing at Altamont when Meredith Hunter was killed, provides an intriguing case study in terms of both the effectiveness of Let It Bleed as an album and how rock music influenced wider society, and not always for the purposes of good. Psychologist Steven Pinker argued in 2011 that ‘Midnight Rambler’ was an example of how rock could unwittingly support the “glorification of dissoluteness shaded into indulgence of violence… personal violence was sometimes celebrated in song, as if it were just another form of anti-establishment protest.” Whatever your stance on the morality underpinning it, the casual delivery of its narrative certainly chilling, ‘Midnight Rambler’ was extraordinarily effective, and one of Let It Bleed’s key moments.

The albums ends with one of rock’s classic show-stoppers, ‘You Can’t Always Get What You Want’. A successful attempt at Spectorian beauty featuring the London Bach Choir whose part is arranged by the great producer’s collaborator Jack Nitzsche, it’s the band’s very own ‘Hey Jude’ moment, seeming to encapsulate the death of the Sixties dream with its narrative of optimism, then delusion, followed by resigned, pragmatic acceptance.

Indeed, show-stopper is the correct descriptor, as the fade-out on ‘You Can’t Always Get What You Want’ not only brought the curtain down on Let It Bleed, but also on a distinct iteration of The Rolling Stones themselves. Heaviness continued to reign in rock music after Let It Bleed, after the tragedy of Altamont and the end of the Sixties. Led Zeppelin, who had released two albums in 1969, absolutely cleaned up in the Seventies as the Stones backed off that path, even though they had trodden it before anyone else. However, before they did, they successfully documented on record the sound of that very peculiar and complex moment in cultural history. Let It Bleed is that document.

Listen to Let It Bleed by The Rolling Stones here via Spotify, and tell us what you think below!