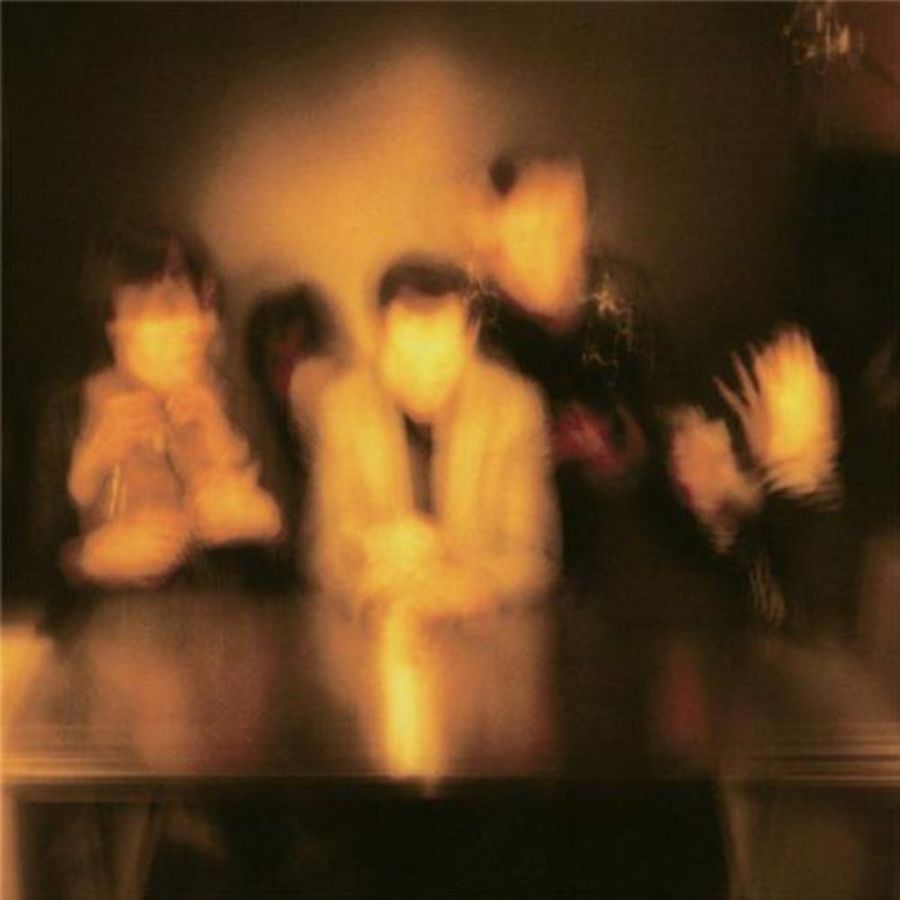 Although they’ve now got a reputation as one of the country’s most prestigious and longest-running indie acts, at the start of 2009 The Horrors were regarded as something of a joke in the British music press. Their image was that of dilettante posers in tight-fitting pipe jeans, thrift store leather jackets and a penchant for hairspray whose gigs were populated by celebs and hipsters – something compounded by their guest appearance on the mysteriously popular comedy ‘The Mighty Boosh’. Their 2007 debut album Strange House consisted entirely of faithful but unimaginative renditions of garage-rock riffs, haunted-house Farfisa organs and simplistic, B-movie songs about graveyards and murderers that landed somewhere between Nuggets and The Sonics.

However, the tongue-in-cheek schtick of Strange House and the faintly ridiculous hype surrounding it disguised the fact that Faris Badwan and his bandmates were not only talented, but actually understood the dynamics and traditions of the sounds they were using, even if the way in which they rendered them was rather workmanlike. Unlike many of their late-Noughties contemporaries who fell by the wayside in the name of chasing fashion, The Horrors were canny enough to realise the limitations of their guyliner take on garage-rock revivalism, and that they would have to evolve fast to survive. Shrewdly, they opted to change tack after the promotional whirlwind behind Strange House had ended, and the band decamped briefly to Berlin to mastermind their dramatic next move after signing with prestigious independent label XL.

Primary Colours was trailed a couple of months before by the release of ‘Sea Within A Sea’, a track that encapsulates the aesthetic of the album itself and stands as everything the public at large needed to know about The Horrors’ re-birth. The hypnotic, motorik pulse of the introduction shocked the band’s fans just as much as their doubters, and it only got better from there, a mesmerising synth pattern introduced to the mix in its second half to raise it to a place of pinwheeling ecstasy. Never once did it fall into the obvious traps of sounding like record-collector rock, with Badwan, the band and their guiding producers interpreting these new influences as intelligently and lovingly as they had done with Strange House.

At eight minutes long, ‘Sea Within A Sea’ was not an obvious choice as a lead single. However, leading with such a radically different track to anything The Horrors had done before was an inspired move, alerting everyone that Primary Colours would be a very different beast to their debut. The backward-sucking gales of guitars and driving krautrock rhythms that herald the opening ‘Mirror’s Image’ clash with arpeggiated synths. As Faris Badwan balefully howls “walk on into the night”, and his transformation into a frontman of real gravitas is the most notable aspect of an already surprising musical turnaround for The Horrors. He maintains a consistently vampiric presence throughout Primary Colours (rather than vamp-ish, as on Strange House), and it’s testament to how much he grew as a singer in such a short space of time.

Elsewhere, there seemed to a concerted effort, with the collaboration of Portishead’s Geoff Barrow and film director Chris Cunningham behind the production desk, to change virtually every aspect of The Horrors’ sound and, thereby, media image, to get them taken seriously. Not that humour, playfulness, or not being studious enough was ever The Horrors’ downfall in the first place during the Strange House era – certainly not when so many British bands seemed to be so po-faced and earnest around the end of the Noughties – but their existing profile, where they were regarded as a hipster’s joke, was only ever going to get them so far in an increasingly fast-moving industry.

You can hear the results everywhere on Primary Colours. ‘Three Decades’ contained traces of their garage-rock origins, but mutated and amped up to previously unimaginable levels; the billowing, gothic dramatics of ‘Who Can Say’, with its spoken-word interlude and Spectorian drumbeat behind it; the drugged swagger of ‘I Can’t Control Myself’… all spoke to a vastly expanded approach to digesting and interpreting the band’s influences. The funereal dirge of ‘I Only Think Of You’ is reminiscent of The Velvet Underground’s ‘All Tomorrow’s Parties’, only cloaked in drone and reverb, and it’s utterly downcast and miserable in a way that would make Robert Smith himself proud.

Followed by the stand-alone single ‘Whole New Way’ later in 2009, the album was a watershed moment for The Horrors. Outselling its predecessor and garnering rave reviews, Primary Colours was nominated for the Mercury Music Prize that year and made the end-of-year lists of several publications. Deciding to capitalise on its success and strike while their profile was still high, the band built their own studio and went to ground quickly to make a follow-up. 2011’s Skying was just as magical as its predecessor, feeling like a companion piece to Primary Colours, only with the gothic monochrome dispelled in a rush of bright, technicolour psychedelia. Introducing elements of house music, 2014’s Luminous was a glorious dancefloor-orientated affair, before 2017’s V saw them get a bit more back-to-basics in their sound, but no less adventurous in where they were taking those compositions.

Given that impressive output over the last decade, it’s surprising to remember how The Horrors were once little more than a punchline, written off as bandwagon-jumping chancers. But Primary Colours changed all that, arguably the last great British indie album of the Noughties. It’s influenced a whole generation of shoegaze and krautrock-influenced bands, bringing a once deeply unfashionable genre back into trend throughout the 2010s.

Listen to Primary Colours by The Horrors here via Spotify, and tell us what you think below!