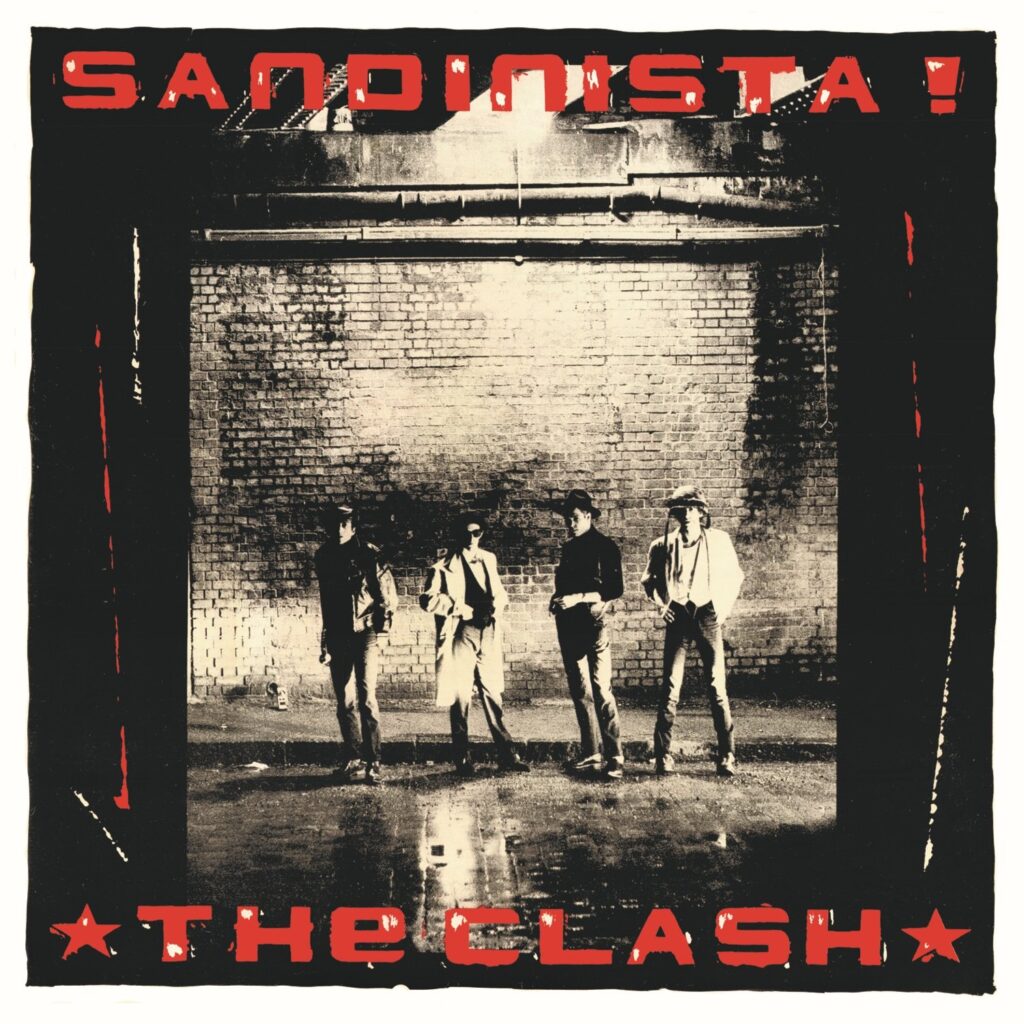 The clumsily titled umbrella term ‘world music’ has always been viewed as a bit of a dirty word in rock criticism, tending to be deployed as a kind of ‘othering’ concept, of everything outside of the world of guitar music, performed by non-white players and deployed as a pejorative by white-skinned people who know little to nothing about it. Not very often has it been embraced by operators within the rock mainstream, and then when it does, it’s often executed in a cack-handed or condescending manner. One of the more effective instances also happened to be one of the very first, being The Clash’s mammoth Sandinista!, released in the middle of December 1980 and which anticipated the trend towards world music over the following decade.

READ MORE: “No Elvis, Beatles or the Rolling Stones” – An Introduction to The Clash

Twelve months before, as the Seventies sputtered to a close in the shadow of Thatcherism, The Clash had released their magnum opus in the shape of London Calling, a stylistically diverse double album that was instantly and universally hailed as a masterpiece. Both an example of and a signpost for the rapid evolution of artistry in the aftermath of the punk explosion, it sounded like Joe Strummer and his bandmates could do anything. Their next move was an expansion of those ideas that simultaneously managed to strike the listener as both logical and illogical. Recorded in the space of just three weeks of white-hot creative energy, the result was Sandinista!, a triple-LP humdinger that widened The Clash’s palette to take in dub, rap, roots reggae, R&B, gospel, folk, calypso and even children’s choirs.

Forty years later, Sandinista! remains one of the most controversial and hotly debated album releases from a major label act. It was both embraced and dismissed by fans and critics for exactly the same reasons. Rather than sounding like they could do anything, Sandinista! saw the band trying everything, resulting in a stylistic blowout of ideas in a manner similar to the Beatles’ White Album. It was so far beyond the three-chord punk formula they were trading in less than four years previously that it’s sometimes hard to believe it’s the work of just one band – the presence of a cloying children’s version of ‘Career Opportunities’, a track that appeared on their 1977 debut, seems to underline the point of Sandinista!,despite the track’s completely disposability in and of itself.

As you would expect with a 36-track running order that lasts a little under two-and-a-half hours, the results vary, and sometimes alarmingly so. It would take the most steely of concentrations to maintain complete engagement with Sandinista! throughout. A handful of tracks appear more than once, in dub versions of various degrees of quality, and pointless cover versions such as Tymon Dogg’s ‘Lose This Skin’ or the meandering ‘Charlie Don’t Surf’ would test anybody’s patience. But, just like The Beatles’ aforementioned smorgasbord of creativity, that’s somehow precisely the point. And, when it does work, Sandinista! is almost anthropological in its care and attention to the source material, and how it’s built in to The Clash’s existing aesthetic.

The record’s three singles, although none of them performed particularly well in the charts, are all incredibly strong. The militaristic march and cool chimes of ‘The Call Up’ and the thunderous Motown vibe of ‘Hitsville UK’ were both quality, a testament to the breadth of influences The Clash were processing at this moment in time, but the most attention-grabbing single was the proto-hip-hop stylings they adopted in ‘The Magnificent Seven’. Recorded in New York and released a fortnight before Blondie’s more famous dabbling with the genre on ‘Rapture’, it took inspiration from Grandmaster Flash and other MCs and DJs whose sound was beginning to escape the Bronx and hit the city’s nightclubs at the end of the Seventies. The reason why The Clash’s open-armed, open-minded approach to non-guitar music works as well as it does on (when it does) on Sandinista! is because they never sounded like dilettantes or musical tourists when incorporating unfamiliar sounds into their post-punk template. It means that a track that ham-fistedly attacks capitalist culture such as ‘The Magnificent Seven’ rises above novelty status and feels essential, if more than a little dated by now. As such, the track, and the band, were embraced by New York’s club cognoscenti.

Outside of the singles, there’s plenty to admire about Sandinista! notwithstanding its challenging structure and length. The light-footed rock of ‘Somebody Got Murdered’ and the rambunctious, punky cover of The Equals’ ‘Police On My Back’ kept things within the familiar Clash template. These fit snugly with more ambitious moments, such as the jazzy dub-reggae concoction ‘Broadway’, the calypso informed ‘Let’s Go Crazy’ and the doo-wop and soul influences bleeding in to ‘The Sound Of Sinners’. The marimbas adorning the mellow ‘Washington Bullets’, accompanying a scathing condemnation of Cold War foreign policy, made for a beautiful contrast, something that the querulous dub version ‘Silicon On Sapphire’ couldn’t dent.

The muddy dub of Paul Simonon-led ‘The Crooked Beat’ and Topper Headon’s ‘Ivan Meets G.I. Joe’ come across as decent ideas that could have done with a bit more attention and finesse, and it’s moments like this that can make Sandinista! drag slightly. When, two hours in, you finally get to the parade of dub versions (of varying quality) that clutter up the sixth and final side of Sandinista!, even the steeliest attention span is in danger of being worn out. When The Clash get this anything-goes approach right, such as on ‘Junco Partner’, a reggae-ified cover of a ‘50s blues cover adorned with fiddles, that’s when the listener understands the true significance of Sandinista! – the sound of a forward-thinking punk band throwing open the paradigm to all outside influences in the name of artistic evolution.

Sandinista!, then, is a mess. Ill-disciplined, unfocussed and lacking a definitive core theme, it approaches the length of a bloated superhero movie. Without a shadow of a doubt, you could condense its contents down and edit it into a double – or even a single – LP and come up with a much more comfortable listening experience. But while these critics may be right, in a more fundamental way they completely miss the point of the exercise. With Sandinista!, The Clashdemonstrated exactly how broad punk’s church can be. Very few bands in the position they enjoyed after London Calling would have chosen to blow all of their critical capital in one go on a risky triple-album blowout in the way that they did, and its very existence underlines their dedication to experimentation.

Listen to Sandinista! by The Clash here via Spotify, and tell us what you think below!