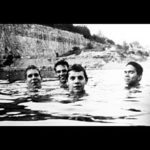 A quarter of a century after the release of Spiderland, the second and final studio album by the short-lived Louisville four-piece Slint, it’s extremely difficult to imagine the state of the modern guitar music scene without it. Released on Corey Rusk’s Chicago-based Touch And Go label, one of the impressive network of indies that made up the 1980s American underground, it sold virtually nothing at the time, and any critical praise it received was totally blown away by the success of Nevermind later in 1991 and the following alternative rock revolution. Slint was so far underneath the radar, a cult band than only other cult musicians knew about, that their rapid disintegration before their album even came out went utterly unnoticed.

But in the 25 subsequent years, Spiderland has become arguably the most disproportionately influential album of all time when compared to its extremely modest sales figures. It practically invented the genre we now know as post-rock, influencing groups like Sigur Rós, Godspeed You! Black Emperor and Mogwai, deconstructing and reimagining rock music along cerebral, geometric lines and without the saviour complex or the machismo commonly associated with guitars and rock stardom.

Listening to Spiderland and knowing about the rapid demise of the group soon afterwards, you imagine Slint to be introverted recluses in their late twenties, when in fact they were four prank-loving teenagers, two of whom were long-term childhood friends. Forming their first hardcore punk band, Languid And Flaccid, at the age of just 11, drummer Britt Walford and vocalist/guitarist Brian McMahan later evolved into the locally popular Squirrel Bait and then, having recruited guitarist David Pajo and bassist Ethan Buckler, re-naming themselves as Slint. Working with none other than Steve Albini (formerly of Big Black) for their spindly, spiky debut Tweez in 1989, they had quickly gained the attention of the network of underground labels, relocating from their home in Kentucky to Chicago in the process.

Undergoing a personnel change, replacing Buckler with Todd Brashear on bass, it took them nearly two years to complete a follow-up to Tweez. They could never have guessed that the mere six tracks they recorded would constitute one of the most critically adored albums of the last 25 years. Rehearsing in the basement of Walford’s mom’s house, often methodically repeating single riffs for hours on end until they achieved the correct gravitas, they elected to work with Brian Paulson, feeling that Albini’s abrasive production was leading them down the wrong path. Quite in contrast to the ominous music therein, Spiderland wasn’t the subject of some painstaking labour – it was recorded very quickly in just four days spanning a weekend, with lyrics rush-written at the last minute.

Barely ever playing live, Slint were outsiders even in comparison to their underground peers, so that little was actually known about the band as their reputation grew in their absence. All listeners had was the music, a rare interview or two, and a few rumours – not least the one about all four members of the group being admitted to psychiatric hospitals during Spiderland’s recording, something reinforced by that bare and inexplicably haunting artwork. Shot by Will Oldham (who later became Bonnie “Prince” Billy in the late ‘90s) in an abandoned quarry, it looks unnervingly like a missing persons poster. Lance Bangs’ 2014 documentary movie Breadcrumb Trail, nominally an attempt at piercing the veil and exploring some of those myths, rather enjoyably raised more questions than it answered. How on earth could such prodigiously young, jovial souls come up with something as weighty, haunted and sinister as Spiderland? And, perhaps more importantly, what did unleashing it into the world do to them?

Brian McMahan’s experiences perhaps hold at least part of the key to the album’s disquieting power. Having nearly been killed after being struck by a vehicle on a freeway while helping another motorist, with hindsight his bandmates recall that McMahan became increasingly withdrawn despite brushing it off at the time. He himself remembers becoming much more fatalistic and pessimistic, thinking a lot about his own mortality as well as the responsibilities of growing up, and this urgent, almost traumatic feeling of anxiety blankets the record and creates its airless, suffocating atmosphere. It’s not loss itself, but the fear of loss, that drives so much of Spiderland. After it was finished, McMahan was diagnosed with depression.

Though it makes for a telling back story, Walford and McMahan actually wrote the lyrics together, which deal, albeit obliquely and symbolically, with the loss of innocence, coming of age and the uncertainty of impending adulthood. Though much of it is communicated through third-person characters and short, broken narratives, they are unmistakably vessels for their personal angst. The protagonist of ‘Don, Aman’ is a misanthropic, isolated soul weighing up between vengeance and self-flagellation (“he was responsible / he knew what he had to do” is gut-wrenchingly crpytic), while the character of ‘Good Morning, Captain’ is adapted from Samuel Taylor Coleridge’s epic poem ‘The Rime Of The Ancient Mariner’.

Sometimes, the lyrics were personal but dealt with metaphors and imagined encounters. ‘Breadcrumb Trail’ seems to take place at some creepy, dysfunctional fairground, a symbol for the decay of innocence that sets the tone for the album. ‘Nosferatu Man’, borrowing the character of Bram Stoker’s ‘Dracula’ and turning it into a love/loss story. On the 9-minute ‘Washer’, things seem to get fully autobiographical: when a friend of the group found the hand-written lyrics – opening with “goodnight my love / remember me as you fall to sleep” and “I am tired now / embracing thoughts of tonight’s dreamless sleep” – she apparently mistook them for a suicide note.

That content, on its own, would merely have made for an interesting listen – but what makes Spiderland so memorable is the delivery of that content. Strangely, McMahan’s lack of confidence as a singer works in its favour. The way he alternates between murmuring, so quietly that it often feels as if he’s spilling his innermost fears to you alone, and cathartic, lung-busting screaming, heightens the deeply intimate sense of drama, particularly on the bookend tracks ‘Breadcrumb Trail’ and ‘Good Morning, Captain’. Describing recording them as an “out of body experience” and continually rushing to the bathroom through nerves, McMahan would reportedly record his takes in a completely dark room, with only a tiny light over the lyric sheet, having not rehearsed them at all. Seriously, listen to Spiderland on headphones, in the dead of night, by yourself – the effect is heart-stopping.

Nowhere can this interaction between content and delivery be heard more effectively than the stark, disturbing closer ‘Good Morning, Captain’. The protagonist’s one mistake leads to an eternity of guilt, and its themes loop back into the existentialism of the rest of the album. McMahan’s deeply ambiguous kiss-off line, first muttered with resignation and then howled with violent intensity, “I’m trying to find a way home / I’m sorry / I miss you”, is so up-close and personal that it’s difficult to internalise the trauma. Just like Coleridge’s doomed mariner, his mistake weighs upon his conscience forever. In this case, it’s a metaphor for McMahan’s relationship with his younger brother, whom he doesn’t want to grow up and face the same uncertainties and responsibilities of adulthood that weigh so heavily on his mind.

However, the other main reason for Spiderland’s genius is the music itself. Pajo and McMahan’s guitars see the intensity of hardcore being applied to music that, structurally speaking, was completely unlike hardcore. The blood-chilling, witching hour ambience is quite unlike anything before or since, with the unnerving, predatory rhythms of the songs juxtaposed with spine-tingling guitar plucking, highly unusual sequences of notes. The quiet/loud dynamic, tamed and popularised in the ‘90s, is used strategically to create space, where the absence of music is just as scary as its presence, with occasional volcanic blasts of extreme frequencies that, in the words of Pitchfork, “make you want to cover your eyes instead of your ears”. Volume is a dramatic device, deployed to signify the point in the songs where the protagonists’ mistakes are laid bare, or where things go horribly wrong.

Concentrating on the guitars alone does a disservice to Walford’s extraordinary drumming, which although rarely intrudes upon the listener, continually provides neat flourishes that underscore Pajo and McMahan’s spidery lines. Walford’s style seems deeply instinctive, never acting as the rhythmical engine but actually functioning as another instrument. The way his tumbling, brooding beats undulate uneasily makes the songs seem calm and yet also volatile, primed to explode at any moment. In the studio, both Brian Paulson and his predecessor Albini could scarcely believe that such a young, spindly teen could drum in such a way.

The coming together of differing disciplines and styles forged something that simply hadn’t been heard before, and along with My Bloody Valentine’s majestic Loveless, released in the same year on the other side of the Atlantic, Spiderland completely re-marked the pitch for guitar music, changing how it could sound and what rules it could follow. The post-rock revolution, led by Godspeed and Mogwai, and whose principles were digested and bended by bands like Sigur Ros and Interpol (for whom Pajo himself, fittingly, briefly played guitar in 2011), brought Slint back to prominence in the rock press. Even without that, increasing numbers of people had stumbled across their epitaph and identified deeply with it, savouring the intrigue around this most mysterious of bands.

Behind the production desk, Paulson remembers feeling particularly excited by the music his charges were creating. “It was weird while I was doing [Spiderland] because I remember sitting there, and I just knew there was something about it. I’ve never heard anything like this. I’m really digging this but it’s really fucking weird.”

Pajo doesn’t regret that Slint weren’t around to enjoy their own reputation growing, despite a brief 2005 reunion. “A lot of bands don’t break up soon enough, I think. I’m glad it happened… Spiderland proved that. We were a band that broke up leaving an album in a black-and-white record sleeve. No tours, no information. Six songs, but they connected with people.”

Steve Albini, the producer of Slint’s debut Tweez, spoke in uncharacteristically glowing terms for a Melody Maker review at the time, awarding it a perfect 10 stars and describing it as “a majestic album, sublime and strange, made more brilliant by its simplicity and quiet grace… …in ten years’ time, it will be a landmark and you’ll have to scramble to buy a copy then. Beat the rush.” How prophetic those words proved to be.

Listen to Spiderland here, and tell us what you think below!