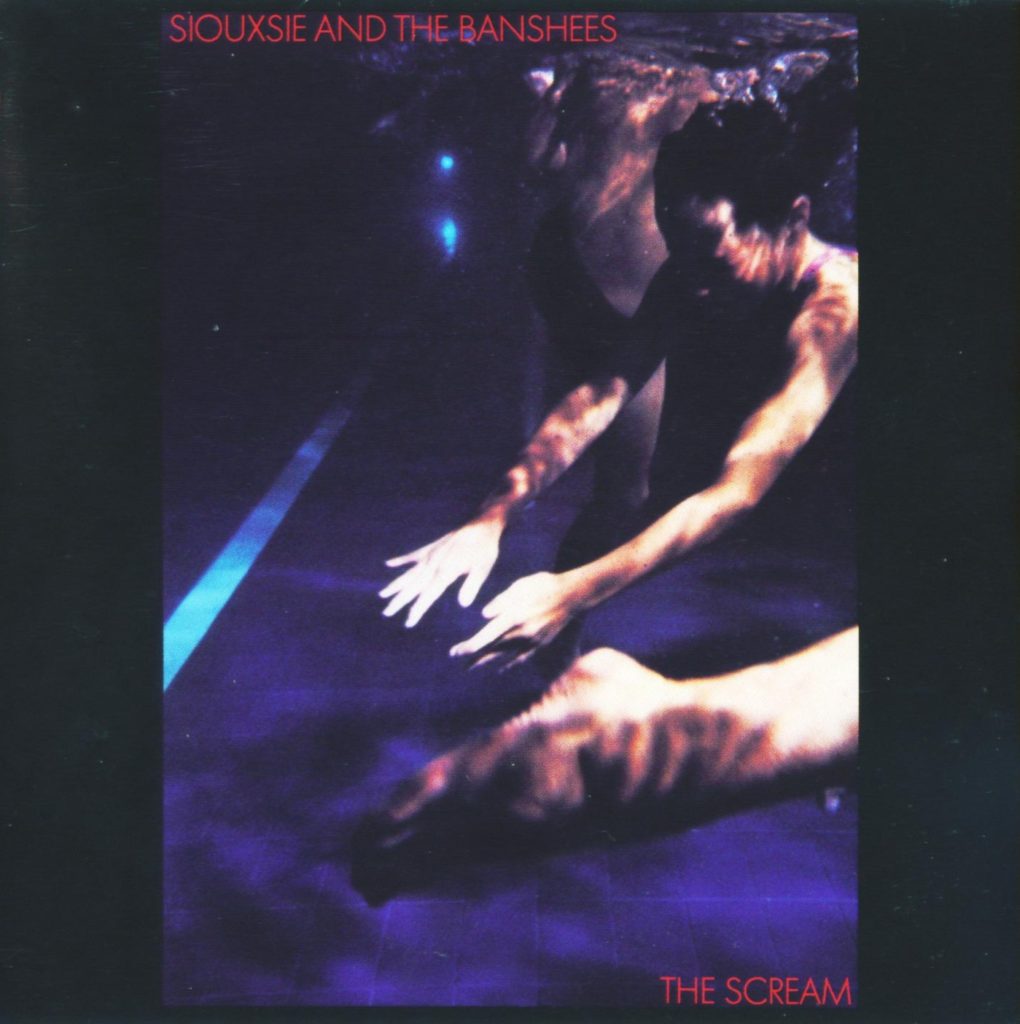 Siouxsie & The Banshees are one of the most iconic bands to emerge from the 1970s London punk scene, and their debut album The Scream turns forty years old this week. Aside from the Banshees, Siouxsie Sioux and Steve Severin, the only two constant members of the band, are best known for being a part of punk’s Bromley Contingent, appearing alongside the Sex Pistols during the infamous Bill Grundy incident. Despite their reputation as a ‘singles band’, The Scream demonstrates precisely why Siouxsie & The Banshees are an integral part of the story of British independent music, straddling both the first iteration of punk and the post-punk scene that it spawned.

Despite their early associations with punk, the Banshees progressed far beyond the limits of three chord punk. While punk influence can undoubtedly be heard on The Scream, this album set the bar for the new, and infinitely more interesting directions that the cleverer punks were heading in, with albums such as Public Image Ltd’s debut soon to follow. Regarded as an iconic moment in post-punk, The Scream’s discord, experimentation and avant-garde nature allowed for the upcoming goth scene in the 1980s.

Described as a ‘claustrophobic abyss of angst and angularity’, The Scream broke new ground for the 1970s alternative scene, with Siouxsie’s instantly recognisable deadpan vocals over the top of the band’s iconic screeching guitars and throbbing, almost primitive drumming. Another important aspect being the way that the band removed themselves somewhat from traditional punk motivations – the Banshees were not there to spit at the establishment with their own renditions of ‘God Save The Queen’ or ‘Anarchy In The U.K.’, but rather The Scream takes its inspiration from the likes of William Burroughs, J.G. Ballard, and German Dadaist John Heartfield, whose work ‘Metal Postcard (Mittageisen)’ is in reference to.

Exploring themes of suburban wasteland, anti-fascist art, and the films of Alfred Hitchcock, The Scream was never going to be a throwaway album, and instead reminds listeners of the importance of avant-garde experimentation in the history of music in terms of the progression and bolstering of new movements and sounds. Despite its supposed cacophony of noise, each element of The Scream is executed with perfect precision, cementing the band’s iconic sound and their sense of innovation.

From its inception, The Scream evokes a visceral reaction throughout. The album opens with ‘Pure’, a creepy and brooding instrumental track that foreshadows what is to come, straight in to ‘Jigsaw Feeling’ which kicks off with Severin’s thundering bass into McKay’s clanging guitars, giving us that Banshee scream straight off the bat. From this into the beautifully lo-fi ‘Overground’, offering us a real opportunity to appreciate Siouxsie’s vocal talents. McKay then rips straight into ‘Carcass’, a confrontation of noise and a rhythmic vocal reminiscent of a tribal chant, before the band break into their gleefully disrespectful cover of The Beatles’ ‘Helter Skelter’.

From this into ‘Mirage’, one of the most well-known (and best) Banshees songs that there is, to an exploration of the anti-Nazi artwork of John Heartfield in ‘Metal Postcard (Mittageisen)’. The tempo picks up dramatically as the band smash into ‘Nicotine Stain’ and through into ‘Suburban Relapse’ – arguably the best and most important track on the album.

‘Suburban Relapse’ encapsulates the band’s preoccupation with Ballard, with Severin stating ‘all his near-future tales were set in this bizarre suburban wasteland. Suburbia is a place where you can imagine any kind of possibility, because there’s space, not urban clutter’, representing their dystopian influences. This theme of dystopia continues into ‘Switch’, the final track on the album, offering us a more pared down track, that is brooding and contemplative in sound, and seems to simultaneously suggest a maturity in sound, that the band are not here to mess around. Subsequent re-issues of The Scream have also included UK Top Ten single ‘Hong Kong Garden’ and its 1979 successor ‘The Staircase (Mystery)’, both of which were omitted from the album’s initial release but which originated from the same creative period.

Aside from being a serious marker for the rest of their contemporaries in 1978, The Scream is an outstanding debut album that cemented the band’s success for the remainder of their career. Siouxsie & The Banshees are a truly pioneering band; born out of punk, front-runners of post-punk and predecessors of goth, and yet there is still not a band that sounds quite like them. After The Scream, the Banshees enjoyed success for ten more albums and a total of 30 singles before disbanding in 1996. They’re an enduring benchmark in the history of alternative music, and The Scream should be forever be remembered as the album that launched the careers of one of the most important alternative bands of all time.

Listen to The Scream by Siouxsie & The Banshees here via Spotify, and tell us what you think below!