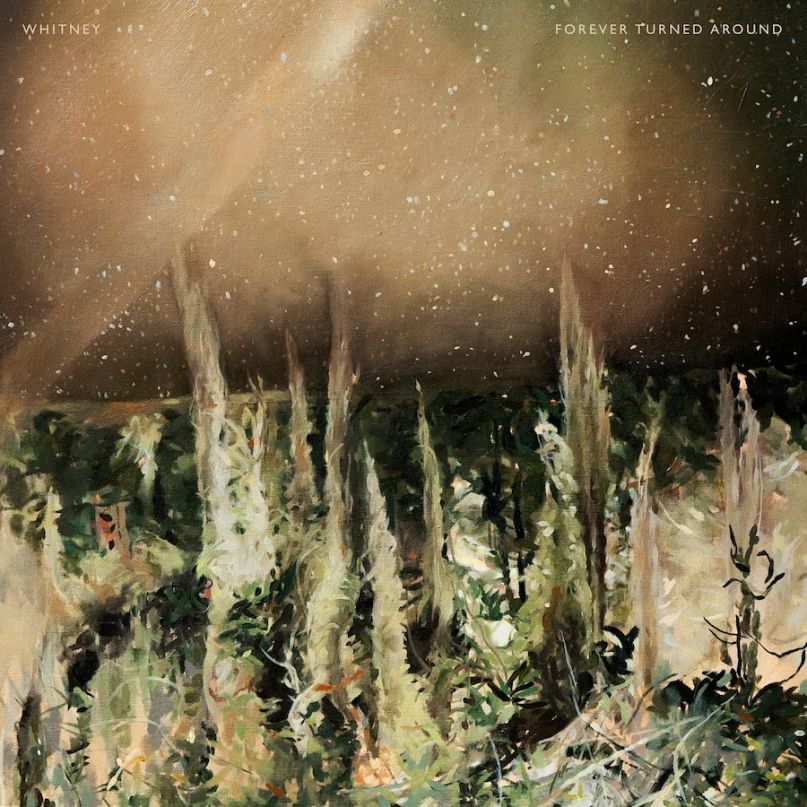 Three years in the making, Whitney’s second album ‘Forever Turned Around’ is just like its predecessor: earnest yet refreshingly free.

Whitney’s debut album Light Upon The Lake from 2016 was an lightweight yet surprisingly captivating release, one that didn’t ask for a lot of attention, yet received enough of it thanks to its charm and honest enthusiasm. The band was put together by vocalist and drummer Julien Ehrlich and guitarist Max Kakacek, both of whom have left other projects in the past to eventually end up playing together (Smith Westerns and Unknown Mortal Orchestra respectively). Ultimately, the idea of starting something new was definitely a good move, and gave Ehrlich and Kakacek an opportunity to do something original, and as they described it, sincere and free from influence of any trends. Just like their previous record, Whitney’s new album Forever Turned Around is about exactly that – earnest and free in its form, even if it sometimes indulges in clichés of going “back when we were young” or “chasing the same high”.

Even though, Forever Turned Around is an album which might emotionally bum you out for a minute, with its reflective, melancholic outlook on life and love, it ultimately has the power to lift you up too. Even when Whitney are singing “tears are falling one by one, I can feel you giving up” on the album opener, Ehrlich’s heartfelt voice doesn’t let you fall into pieces but rather holds the feelings all together and transcends the underlying message of heartache. Fitting somewhere between Lana Del Rey’s nostalgia, Rhye’s intimate vocals, and Vampire Weekend’s indie-pop melodies, Whitney are bringing a lot of positive energy and affection into the realm of the melancholy-driven music. Although there is a lot of sadness involved in their songwriting, Ehrlich and Kakacek somehow make it seem like tomorrow can always get better, while the pain will finally fade when you’re “waiting for the sunrise”.

And that’s what ultimately makes Forever Turned Around a record worth coming back to – with its candid yet graceful attitude, Whitney manage to give people a chance to sink into their feelings, but not be overwhelmed by them, knowing that hope and a bit of tenderness are what’s a lot of people will need and surely appreciate. (7/10) (Alicja Rutkowska)

Listen to Forever Turned Around by Whitney here via Spotify, and tell us what you think below!