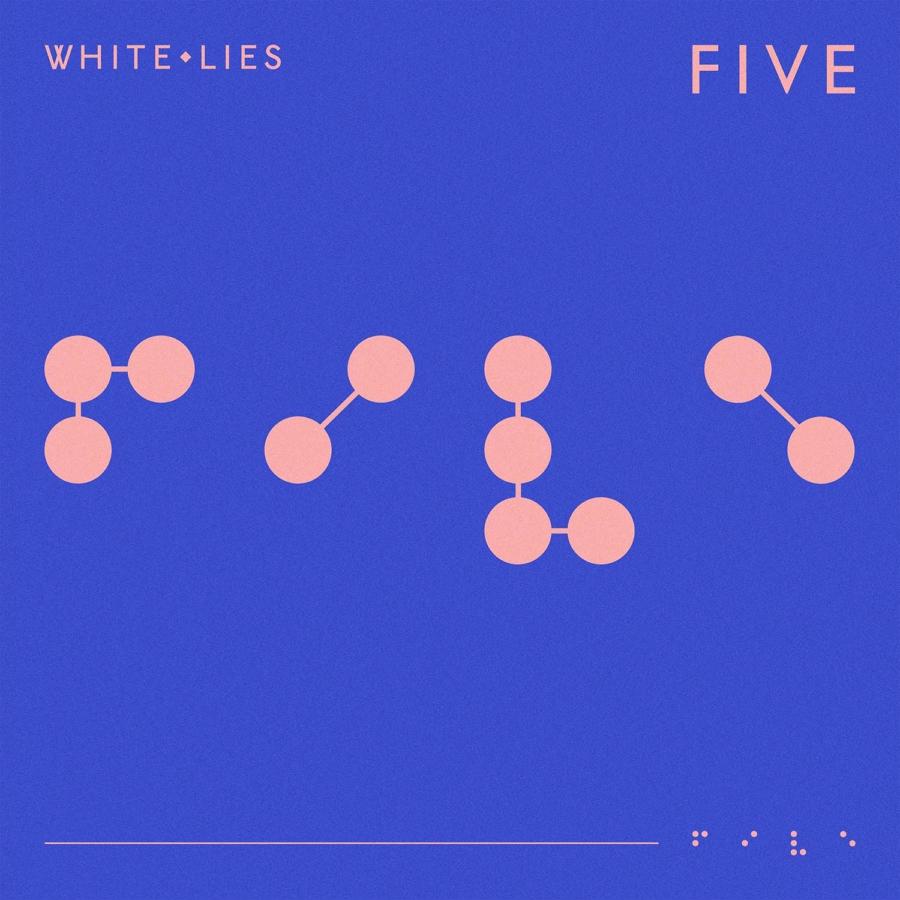 A decade into their career, White Lies show more signs of evolving their grey, monolithic post-punk sound than ever before on ‘FIVE’.

The last time that we heard new music from White Lies was when the trio released their 2016 album Friends, which was an obvious continuation of their previously established sound, yet probably a treat for the hardcore fans of the band. While it would be way too optimistic to assume that a drastic change of direction would be the theme of their unimaginatively titled fifth record FIVE, there are certain new aspects that make this album a very pleasant listen.

As usual, White Lies used an equal combination of post-punk and gothic influences and infectious pop hooks to compose their songs. There are heavy guitar riffs, vibrant percussion and Harry McVeigh’s intense vocals leading the way throughout the album, complemented with melodic choruses and catchy lyrics that create this almost staple White Lies sound known from 2009’s chart-slaying debut To Lose My Life… or 2013’s Big TV.

FIVE opens with ‘Time To Give’, a seven-minute long track and a “wild introduction to the album” that the band considers to be both weird and very enjoyable – a description that is hard not to agree with after spending the right time on delving into the song. ‘Time To Give’ also sounds much more spontaneous and organic than most of the trio’s usual repertoire, which has often been dominated by somewhat inflexible, methodological songwriting.

Another track from FIVE that definitely stands out is ‘Tokyo’. Although undoubtedly the most radio-friendly song on the record, ‘Tokyo’ finally sees White Lies taking small steps forward, with its ‘80s influence and haunting synths that add a lot of colour to the band’s musical palette. Next to ‘Denial’ and ‘Believe It’, the song fits perfectly into the White Lies discography of uplifting tunes with an odd, melancholic vibe added between the lines. ‘Fire And Wings’ closes the album with a hint of psychedelia bleeding into the funereal rock, something that suits White Lies fairly well, again adding a bit of charisma and variety to their sound.

Overall, FIVE did not come across as a revelation, but neither did it disappoint. It’s an album that similarly to the band’s previous releases will surely satisfy their seasoned fans, but also, at certain points, may even interest those who might have been sceptical about their ability to break out of their established routine. (6/10) (Alicja Rutkowska)

Listen to FIVE by White Lies here via Spotify, and tell us what you think below!