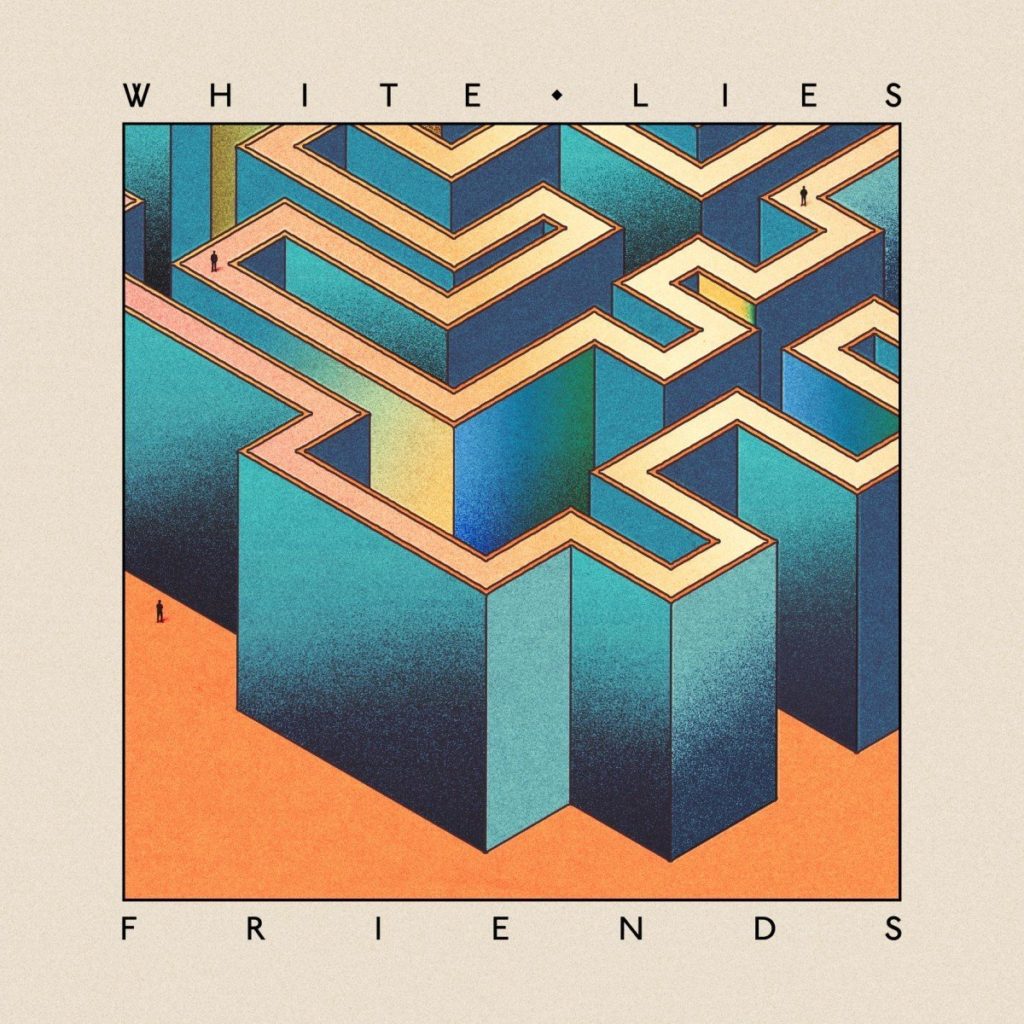 On ‘Friends’, it’s hard to determine a direction at which White Lies might be going with their music, since they seem to have been stuck in the same place for quite some time now.

As long as I understand why some people might not be very fond of this trio’s sombre and slightly unoriginal sound, I also believe that their ability to deliver at least two to three catchy songs per album is something to be appreciated. White Lies do not surprise with their fourth release, staying quite close to the indie-pop vibe of their previous LP Big TV. Although people familiar and fond of their repertoire might enjoy the lack of ground-breaking changes, some listeners might wonder whether Friends should be a little more spontaneous.

The most enjoyable and interesting songs can be found halfway through the album. ‘Don’t Want To Feel It All’, ‘Is My Love Enough’ and ‘Summer Didn’t Change A Thing’ deliver some pretty sweet hooks and are probably the closest to the uplifting spirit that the band is trying to convey in their music. Harry McVeigh’s gloomy vocals are nicely contrasting against the bright and lively synths, which already made themselves at home on the previous record.

‘Come On’ brings back the familiar guitar riffs that White Lies have been eagerly incorporating into their compositions, but, as many other track on Friends, feels a little lazy. The entire record is definitely missing something – whether that’s inspiration, desire to create something new and refreshing, or simply the skills to record an album that does not rely on the old formula, it’s weighing on the band and their creative efforts. Instead of trying to confuse the audience with vague lyrics, the trio would probably benefit from taking a step back, and reflecting on what their goals for the long term are.

After giving Friends a try it’s hard to determine a direction at which White Lies might be going with their music, since they seem to have been stuck in the same place for quite some time now. (5/10) (Alicja Rutkowska)

Listen to Friends here via Spotify, and tell us what you think below!