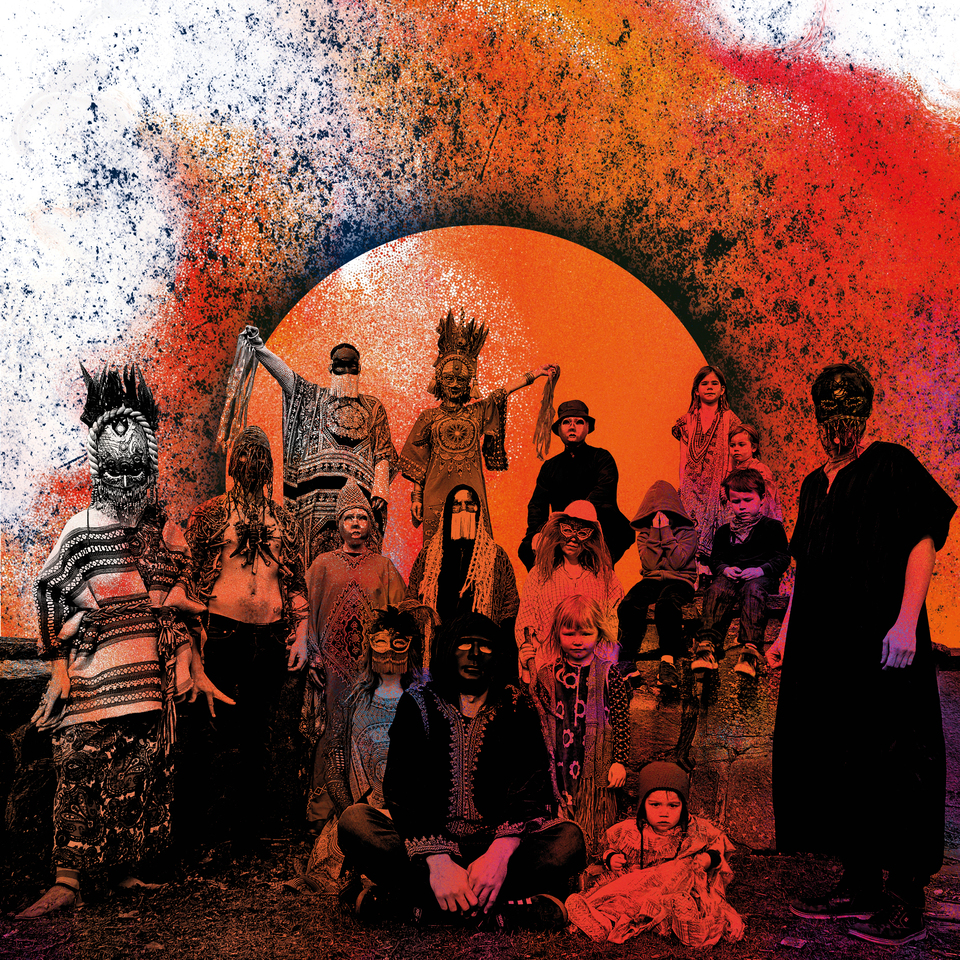 ‘Requiem’ sees GOAT calm down their sound, but the results remain just as impressive.

There’s something to be said about a band keeping their mystique years after emerging onto the scene. Since the release of the exuberant and experimental World Music in 2012, an aptly titled album due to its having as much influence from Mali and Morocco than it did the UK and their native Sweden, the multi-person group have expanded into having a worldwide cult following. After the continued emphasis on the blending of genres during 2014’s Commune, Requiem sees GOAT calm down their sound, but the results remain just as impressive.

The influence of Malian music remains apparent during the record, with a consistent debt to the work of Ali Farka Touré. The blending of African polyrhythms with a Western familiarity on opening track ‘Djôrôlen’, an upbeat cover of Béla Fleck and Oumou Sangare’s tale of the worried songbird, immediately lures one into the tribal and captivating aura that has surrounded the outfit since their inception.

The elusiveness of GOAT is such that there isn’t a lot of information about Requiem, in the initial announcement of the LP it was stated that this was their folk album, though the band still force a lot of ideas into restrained ideologies. The beautiful melodies of ‘It’s Not Me’ are enchanting as acoustic guitars wash over with distorted vocals and hypnotic percussion. While ‘Temple Rhythms’ and ‘Union Of Sun And Moon’ rely on the use of traditional instruments to create their hooks; the use of woodwind in both is the constant drive before kraut level of repetition see the songs take new meaning over time.

Requiem, at its core, is a ’70s album; ‘Alarms’ is their version of Can’s ‘Paperhouse’, which in under three minutes bridges traditionalism and experimentalism in a way that only krautrock could. While ‘Trouble In The Streets’ sees it’s influences rooted in South Africa, comparisons to Vampire Weekend and Paul Simon are obvious, as the track delivers an insatiable desire to dance.

The album closes with the harmonic one-two of ‘Goodbye’ and ‘Ubuntu’. Both tracks exceed the seven-minute mark and while the former ushers in one last dance for the record, it is the thoughtful latter which leaves its mark. ‘Ubuntu’ sounds like Reflektor era Arcade Fire contemplating what is needed to go on, minimal keys and sounds of the pastoral are dazzling. But it is the final minute of ‘Diaribi’, the first song on World Music, which closes the record and creates a wonderful feeling of tranquillity as if the band have reached Aristotle’s ‘Eudaimonia’.

Requiem for all its attempted restraint is the most ambitious-sounding GOAT record to date. The fusion of Africa with the sounds of Germany, the UK and the US are spellbinding at times. The Swedes set out to make a folk album and they succeeded –but they also made a kraut, psychedelic and African infused record that is as bold as it is impressive. (8/10) (John Tindale)

But what did you guys think? Listen to Requiem here via Spotify and comment!