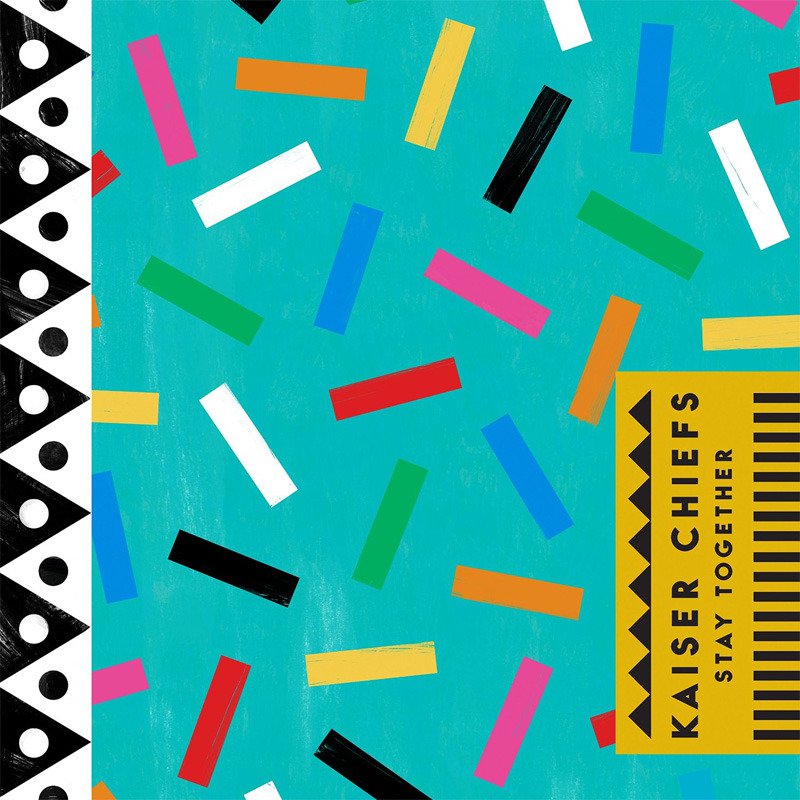 ‘Stay Together’ is admittedly fresh and clean sounding, but Kaiser Chiefs have surrendered so much of their identity with the step into such territory that it makes for a very unconvincing makeover.

What is the price for a number one album? Integrity and identity it would seem as Kaiser Chiefs unveil dance-pop album Stay Together. After reaching the heights they have done in the past, Kaiser Chiefs are pivoting and striving for an album of commerciality. Working with pop producer Brian Higgins, whose Xenomania production group helped bands Little Mix, Girls Aloud, Sugababes and The Wanted all reach chart success in the noughties, and One Direction co-songwriter Brian Hector, the resultant Stay Together is a complete sell out that now sees Kaiser Chiefs join this repertoire of manufactured pop bands.

The Leeds quintet skyrocketed after the rowdy and frenetic rock and roll of debut album Employment. The in-your-face, electrifying Britpop revival style has been stripped away for dance-pop in a bid for the sell-out of the year. For a band famous for songs of terrace anthems and political protest this seismic shift is unrecognisable. From rebellious protest album Education, Education, Education & War (2014) to mainstream conforming Stay Together, the musical direction of Kaiser Chiefs is undoubtedly influenced by frontman Ricky Wilson’s recently concluded stint on BBC talent show ‘The Voice’.

The early release of the single ‘Parachute’ back in June was a sign of things to come and a flashing red light; airy pop over a springy dance beat aiming to be simply radio friendly. Right from the outset Brian Higgins’ hallmark is overridingly apparent like a branding iron of scarring generic pop. The track ‘Happen In A Heartbeat’ features Ricky Wilson tediously repeating “it can happen in a heartbeat” that is incredibly boring and unoriginal despite the bouncy dance beat. The album is full of generic, washy and meaningless lyrics a million miles away from their previous albums making Stay Together frequently sound like a cross between Calvin Harris and Coldplay.

Granted, with six studio albums in 12 years, Kaiser Chiefs needed to do something different to avoid sounding like ‘dinosaurs with guitars’ and welcomed Higgins’ different approach to move them with the times. Admittedly, Stay Together is fresh and clean sounding as they have brought modern technology into the mix, but they’ve surrendered so much of their identity with the step into such territory that it makes for a very unconvincing makeover and, for many long-term fans, it could be interpreted as a sell-out of everything they stood for. (4/10) (Owen Molde)

Listen to Stay Together here via Spotify, and tell us what you think below!