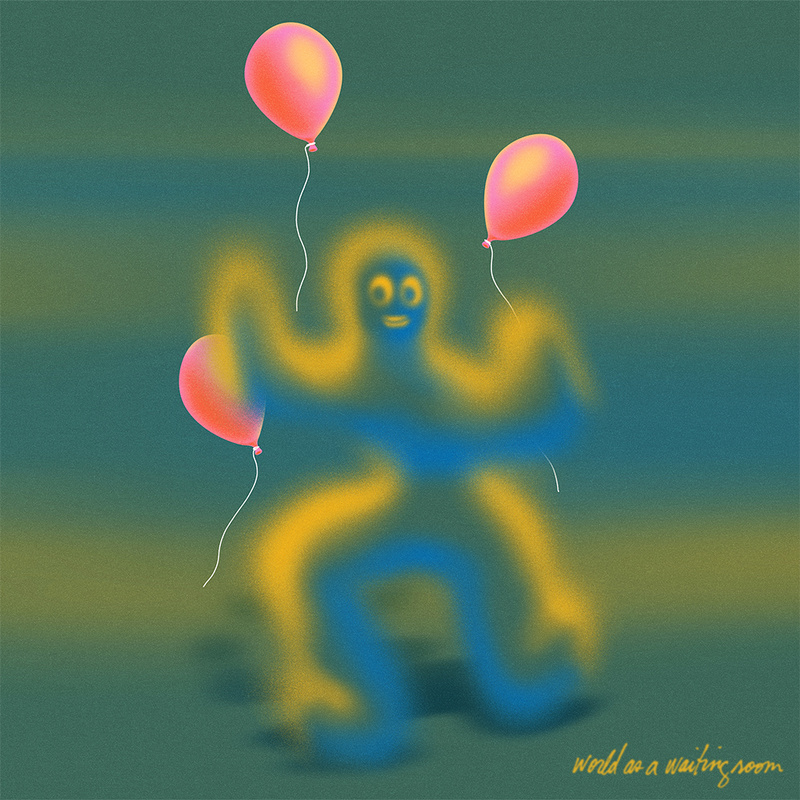 If necessity is truly the mother of invention, the tragedy and upheaval of the coronavirus pandemic could have a by-product of some great art to look forward to at the end of the harrowing tunnel we find ourselves in. Written, recorded and mixed in the space of just 30 days as the result of a challenge they set themselves after SXSW was cancelled, industrious Texan outfit White Denim conceived their 10th studio album World As A Waiting Room as a response to their tour, and therefore a key income stream for any artist who’s not Ed Sheeran, suddenly being pulled.

Clearly a necessary function of the context of its creation, spontaneity is a key component in World As A Waiting Room’s charm, and it plays to the group’s strengths. As has been true throughout White Denim’s career, the highlights are technically intricate yet not over-thought or fussy. A taut collection of nine tracks lasting just over half an hour that sounds refreshingly off-the-cuff, it nevertheless contains a number of lyrical references to our current plight. The headlong charge of opener ‘I Don’t Understand Rock And Roll’ mentions “streets where no one’s dancing”; ‘Slow Death’, which opens with a desperate gasp and an atonal guitar screech, talks of “thousands left without a bed across the West”; while the self-explanatorily titled ‘Queen Of The Quarantine’ makes clever conflations of desire with disease on lyrics like “trying to maintain my healthy distance”.

But the smart-arsery aside, the main appeal here is the economy, from the knotty psych/garage rock of ‘Matter Of Matter’ to the note of resolution and endurance struck on closer ‘King Prospero’. The only point at which the band indulge their progressive-rock tendencies is the freewheeling jam ‘Work’, largely instrumental yet held together by a great grasp of dynamics. While it may have been created in sub-optimal conditions for a regular studio album, World As A Waiting Room houses all the main aspects of White Denim’s brilliance. (7/10) (Ed Biggs)

Listen to World As A Waiting Room by White Denim here via Spotify, and tell us what you think below!