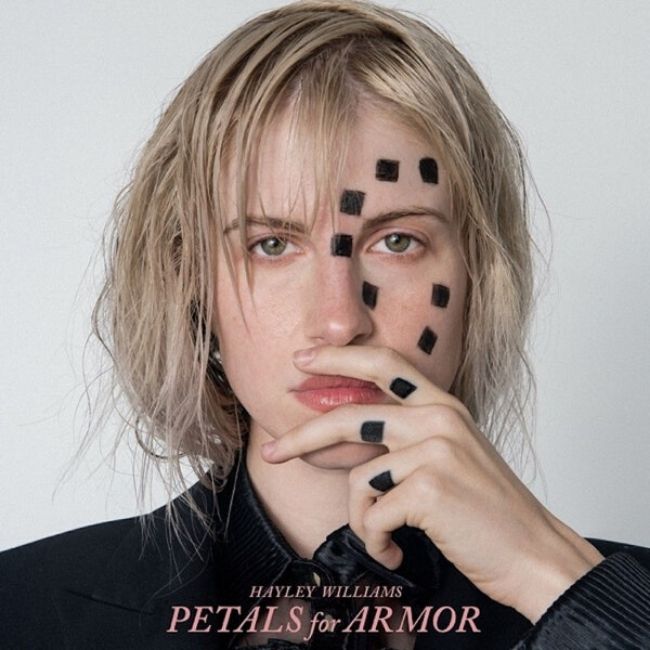 Hayley Williams’ debut solo album ‘Petals For Armor’ showcases a different and interesting side to her personality outside of the context of Paramore.

Hayley Williams is a name that many will already be familiar with, due to her long and successful career with Paramore. This month, Williams released her fist solo record titled Petals For Armor, an album which allowed her to present a different side of herself: much more vulnerable, while also sonically different to the kind of music that made her globally famous.

Williams’ new record is actually a collection of three EPs, with each one of those representing a different temperament and a different theme, but all coming under one umbrella of the author’s traumas and journey to healing. On Petals For Armor we can hear how deeply personal Williams must have become to really expose what has been going on underneath and record an album which would represent her experiences truthfully.

On her new record, Williams sings about anger, frustration and releasing those emotions which “felt like pulling a very deep splinter out”, but also gave her a chance to step into a new, healthier and more positive place in her life. Exhausted by a relationship which impacted not only her self-esteem, but also her willingness to ever commit to another person again, Williams found her way to freedom and strength eventually, sharing that process on Petals For Armor.

There is an abundance of moments on this record which show how good of a songwriter Williams has become over the years and how skilfully she managed to use her traumas and emotions in music. Subtle and calm ‘Leave It Alone’ is actually a song written about the rage and fury which can build within us and destroy us quietly, perfectly encapsulating the theme of the first EP.

When we move forward to the middle part of Petals For Armor we can hear Williams singing on a more positive note. On ‘Dead Horse’ she’s beating depression without ever looking back, while on ‘Over Yet’ she’s finally bringing a generous amount of realistic optimism to the table, explaining that “if there’s resistance it makes you stronger, when there’s persistence, you can go farther”.

And with this persistence to overcome trauma and loneliness caused by it, Williams found her own way to admitting that intimacy and human connection is something that she’d like to welcome in her life again. The third part of the record feels like a cathartic release, for the listener too, knowing that those good moments do finally come and sometimes, it’s as simple (but also difficult) as saying to yourself to “stop acting so tough”.

Petals For Armor reveals so much about Hayley Williams that it would be hard not to empathize with her and see how meaningful recording this album must have been. The astounding honesty with which she approach making this album is something to look up to and maybe even learn from, knowing that she fought the hardest battles in her life and still found herself falling in love again. (7/10) (Alicja Rutkowska)

Listen to Petals For Armor by Hayley Williams here via Spotify, and tell us what you think below!