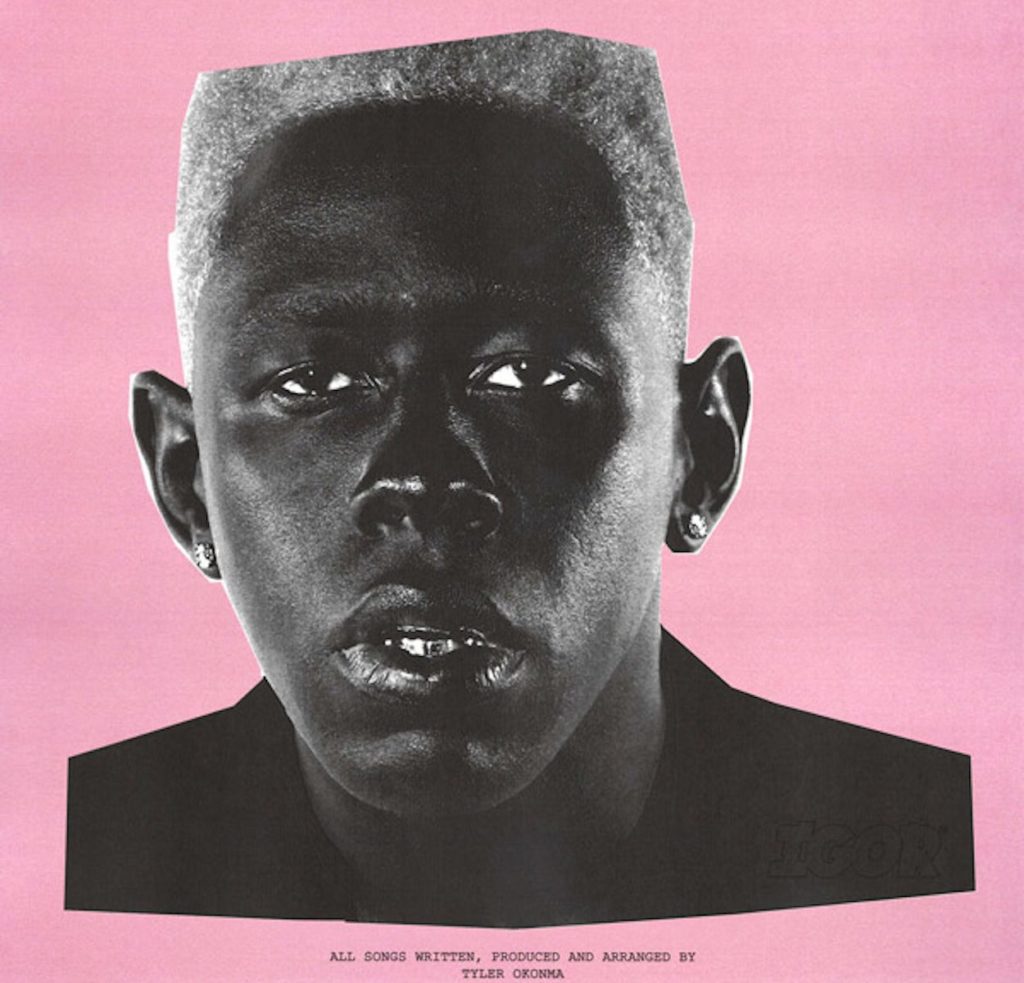 Tyler, The Creator takes the creative template he established on ‘Flower Boy’ to the next level on stunning new album ‘IGOR’.

Looking at his latest album IGOR, Tyler, The Creator’s rise to stardom isn’t a mystery. As leader of the Odd Future collective, he caught the attention of outcast teens through an outlandish persona and mass controversy to match the punk attitudes he encompassed. From rape to homosexual absurdities, Tyler, The Creator used shock factors to garner interest and build a cult fan base. Although it produced quite one-dimensional music that only wished to provoke, it helped him wedge his foot firmly in the music industry’s door and the consciousness of millions. But whilst that was an interesting period memorialised by hard-core OF fans, it’s the sonic divergence that he’s embarked upon since his 2017 studio album, Flower Boy, that really has heads turning. Gone was the reliance on being controversial, with Tyler instead opening up emotionally and riding sunnier, subdued instrumentals in the process.

This new creative platter disrupted possible stagnation for the Californian rapper as well as showing more introspective elements to his persona. These new sounds were built upon on his Music Inspired by Illumination & Dr. Seuss’ The Grinch project from last year. Though not a proper studio album, Tyler seemed set to flex his compositional muscles. With his latest project IGOR, he continues this new trend but takes it up quite a few notches.

Filled to the brim with lush maximalist production, IGOR is a buffet of expansive musical arrangements and quaint oddities. Peppered with bubbly synths on tracks like ‘Running Out Of Time’ and funky guitar melodies on tracks like ‘Are We Still Friends?’, moments of elation and euphoria ebb throughout the album. This is most evident on the emotionally honest ‘Earfquake’ where low-riding synths and bright melodies create an optimistic feel through the song. The wobbly and slightly kooky vocals on the track reflect the fragility of Tyler’s dependence upon that person who made his ‘earth quake’. On paper this sentiment would seem contradictory, but feels bittersweet in the way Tyler’s arranged it. The presence of a baby-voiced Playboi Carti verse also adds a cutesy element to the track. This bittersweet outlook also spills over into tracks like ‘Gone, Gone / Thank You’, with the choir like vocals making the track feel celebratory despite the love being gone. But this is the point of much of IGOR. It’s these glitzy sounding moments which reflect the clarity Tyler feels after his release of love. In fact, rather than wallowing in the past, his feelings seem to have already been resolved.

On tracks like ‘I Think’, Tyler emits a careless swagger as he bluntly confesses to having fallen in love. With snappy drums the track’s momentum feels like that of a marching band as the refrain bores into the listeners head. The sparkly tones towards the end of the track almost feel like mutated end game credits which paired with silky vocals add a hopefulness to the track. What’s also notable is the tones Tyler uses in certain songs. On ‘New Magic Wand’ he uses his classic dismissive tones to highlight the wants of his love life putting himself at the centre off it. On ‘What’s Good’ he continues this self-serving narrative with a flurry of boastful lies which see him sitting in a league of his own. The mania of the track also adds intensity to his delivery. This is where Tyler is most comfortable so it’s not surprise that he uses so many pitched vocals to revel more sincere feelings. Moving on and digesting past relationships has never sat at the forefront of Tyler’s music, so to see it so present on a project seems almost alien yet it seems to have helped him put together his most creative album yet.

This is the biggest takeaway from IGOR. Tyler, The Creator has reached the upper echelon of musicians. Far from a conventional album Tyler uses intricate arrangements to bring you into his weird wonderful world. From Lil Uzi Vert to Solange to even Slowthai, Tyler can call upon others to assist in moments of the album without their presence feeling overly distinct or overpowering towards the instrumental. In being so precise with his instrumentation he has complete creative control and can rub shoulders with greats like Kanye West, who also appears on the album, through the daring nature of the tracks. Like West did with Kids See Ghosts, Tyler, The Creator is also capitalising on the influence he’s had on bands like Brockhampton by putting out his own version of the sounds he helped influence. In being so masterful with the sounds he influenced, he’s showing why he’s one of rap’s most interesting figures. If Flower Boy was his Blue Steele, then IGOR is his Magnum. (9/10) (Daniel Antunes)

Listen to IGOR by Tyler, The Creator here via Spotify, and tell us what you think below!