REVIEW: Tunng – ‘This Is Tunng… Magpie Bites And Other Cuts’ (Full Time Hobby) 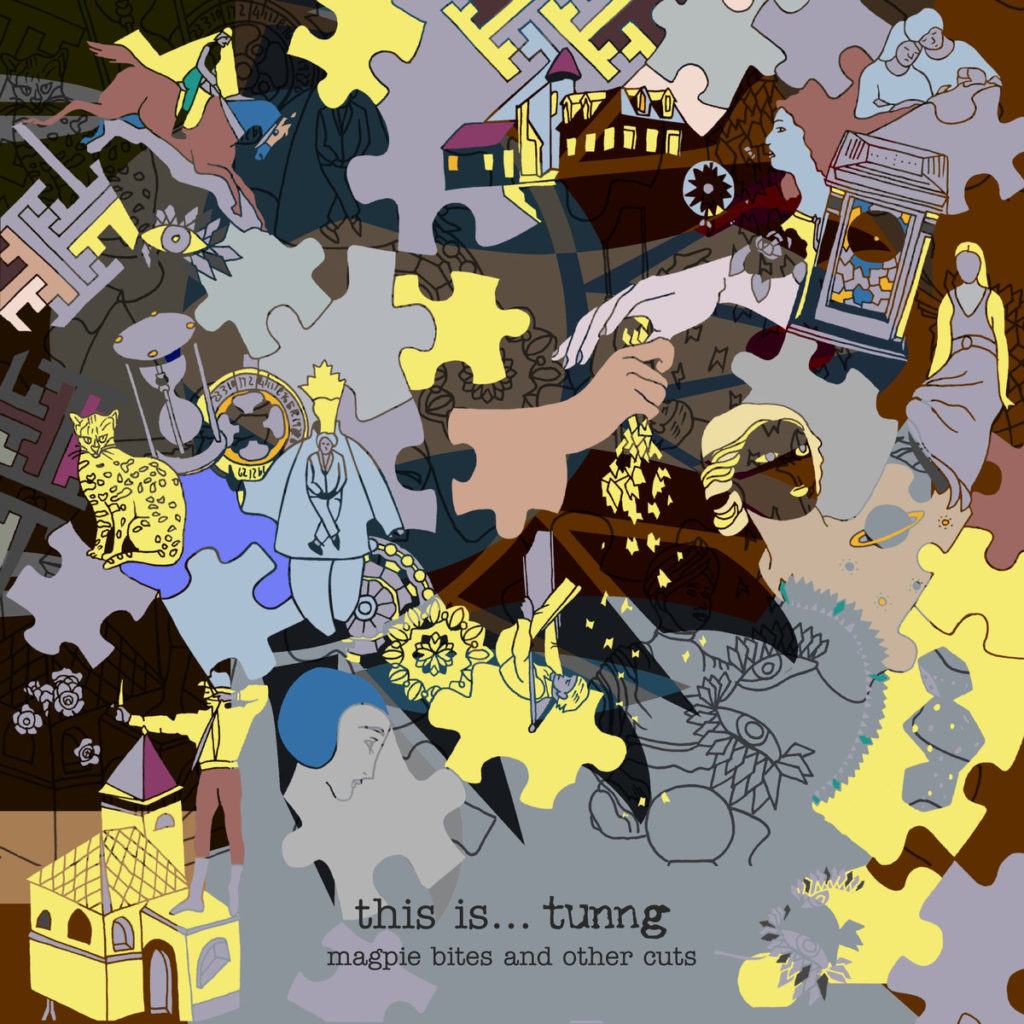 A fascinating excavation of Tunng’s career in freak folk, electronica and indie, ‘Magpie Bites And Other Cuts’ is essential ownership for fans and a great introduction to the band.

Formed in 2003 as an initiative of Sam Genders and Mike Lindsay, Tunng have been exploring the acoustic-electronic waters of folktronica for more than 15 years now. With six albums under their belt and a new compilation of previously unheard tracks released last week, Tunng had enough time and material to not only become one of the biggest “future folk” bands, but also a group that would continue to redefine the genre.

Tunng’s 2005 debut album Mother’s Daughter And Other Songs used British folk as its backbone while simultaneously experimenting with electronic samples, and the contrasting textures and colours that they brought into the acoustic compositions. Topped with smooth, harmonious vocals and introspective lyrics, Tunng quickly gained recognition for bringing something refreshing to folk music. As the years went by and Tunng consistently expanded their discography, their music developed and evolved as well. Last year’s Songs You Make At Night saw the six-piece turning towards electronic influences with more confidence, most effectively used on tracks such as ‘ABOP’ or ‘Dark Heart’. At the same time, the band didn’t give up on their folk roots and stayed very much in touch with the acoustic, often sparse arrangements, which worked so well for them over the span of a decade and a half.

The newest release from Tunng is a collection of unreleased “bites and cuts” which the band recorded between 2004 and 2018. The compilation consists of alternative takes, B-sides and rare tracks, assembled for a truly unique experience, that no one has heard before. It brings together songs from different creative periods of the band’s life, nonetheless, it does it in an impressive and surprisingly cohesive way.

The opening ‘Heatwave’ was originally written in 2018 during the recording of Tunng’s latest LP – inspired by hot and humid weather, the song is Tunng’s own take on indie-pop. Followed by a soothing cover of Bloc Party’s ‘The Pioneers’ and the shimmering ‘Bodies’, the Magpie Bites And Other Cuts unfolds as an interesting and enjoyable album. ‘Pool Beneath The Pond’ is yet another pleasant track, pulling the listener in with its intriguing rhythm section and versatile instrumentation.

The second half of the record is equally interesting – ‘Bank Holiday’ surprises with its ever-changing mood and pleases with intricate electronic elements, combined with calming piano and acoustic guitar sections. ‘Clump’ uses the band’s united voices to deliver sweet harmony over a steady base-line, while ‘Band Stand’ slowly helps close the album in a stunning instrumental arrangement.

Magpie Bites And Other Cuts is yet another satisfying output from Tunng, and an excellent example of an enjoyable compilation of songs, which in theory might not belong together, but in practice represent the band’s consistency, talent and dedication to the music that brought them all together. If that wouldn’t be enough of Tunng for somebody, the band has also released an additional vinyl, next to songs already available via streaming or a CD – while it may be a tiny bit too much for a casual listener, it may be just enough for seasoned fans of the band while they wait for their next official album. (8/10) (Alicja Rutkowska)

Listen to This Is Tunng… Magpie Bites And Other Cuts by Tunng here via Spotify, and tell us what you think below!