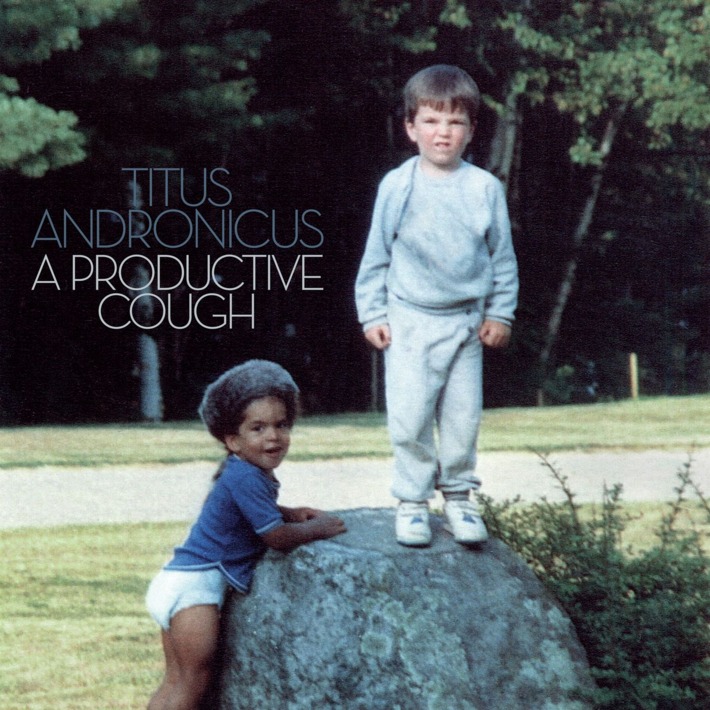 To say that A Productive Cough is a curveball is not an overstatement. Titus Andronicus’ usual upbeat and loud punk rock sound has been substituted for influences from traditional genres of country and Irish folk meaning that the album sadly sounds like drunken pirate bar-room music. The excessive length and repetitive nature of some of the tracks leads the listener to fear that the band may be reaching the final stage of the Shakespearian tragedy after which they are named.

The opening track and lead single ‘Number One (In New York)’ seems to exhaust the listener before the album even begins. Patrick Stickles’ vocals croak over a repeating riff on an old piano fail to significantly develop over the eight-minute-long track but it does retain the typical nihilism of the band.

‘Real Talk’ has more of a sense of energy. The group singing in the chorus creates a sense of homeliness and communalism similar to that of an Irish folk song. The gloom of the lyrics, “if the weather’s as bad as the weather man says / we’re in for a real big storm” strongly contrast with the upbeat tone and joyous instrumental of ringing guitar solos, and creating a sense of hope which uplifts the album from its dull opening. However, not unlike the previous track, you can’t help but feel that it does drag on a little too long.

‘Crass Tattoo’ is a beautiful track with guest vocalist Megg Farrel singing the entirety of the track instead of Stickles. Her soft voice contrasts strongly to Stickles’ harsh voice which carries the rest of the album. The track is extremely emotive sounding almost like a ballad or religious hymn.

The loud bluesy rock of ‘Home Alone’ is most reminiscent of their previous sound with a heavy bluesy beat which works wonders with Stickles’ harsh and hoarse vocals. While yet again this track is particularly long the instrumental of guitars and drum solos makes the track feel less repetitive than the others but still you can’t help but feel that it is extremely self-indulgent.

Titus Andronicus are known for their thematic complexity and concept albums, with their legendary 2010 album The Monitor being an extended metaphor about the Civil War and their most recent The Most Lamentable Tragedy was a five act rock opera. However, this album feels much looser and simpler thematically with ‘Above The Bodega (Local Business)’ being a track about Stickles’ close relationship with his deli-man.

While the band should be commended for attempt to take their sound down a new route, it sadly seems that Titus Andronicus are following their previous pattern of releasing a disappointing follow-up after a modern punk classic. If so, maybe we will be in luck with the next album… (5/10) (Sandie Garland)

Listen to A Productive Cough by Titus Andronicus here via Spotify, and tell us what you think below!