REVIEW: The War On Drugs – ‘A Deeper Understanding’ (Atlantic) 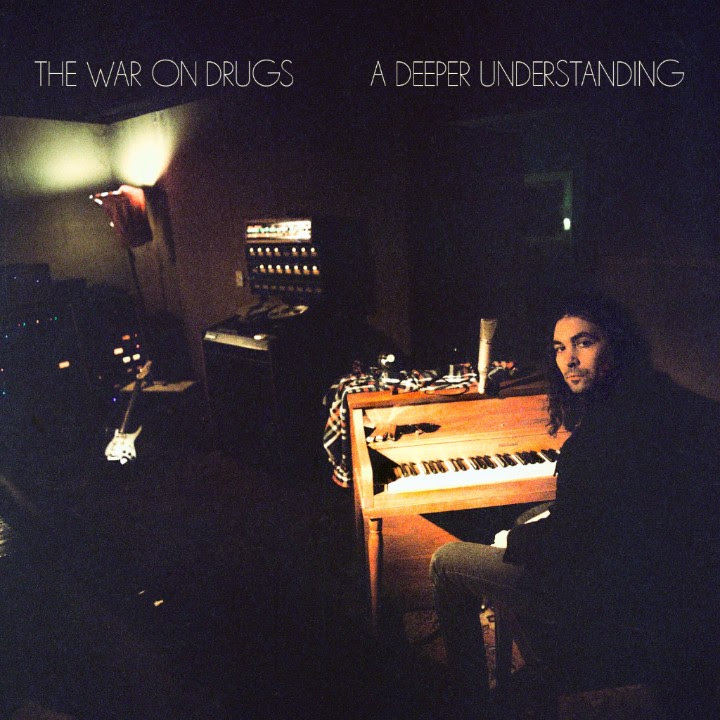 On ‘A Deeper Understanding’, Adam Granduciel travels even further into his own haunted mindscape to make another War On Drugs masterpiece.

Solitude and perfectionism seem to go hand in hand with producing albums that could be regarded as almost separate aesthetic genres unto themselves. It’s easy to draw parallels between The War On Drugs vocalist, guitarist, and leader Adam Granduciel and, say, Kevin Parker of Tame Impala. Or even Justin Vernon of Bon Iver. While they partake in somewhat different musical genres, they share an obsessiveness about their art. Reading about the recording process of The War On Drugs’ latest release A Deeper Understanding, a picture is painted of the reclusive artist, sitting in the studio for 10 hours per day (even living there at some points), compulsively tweaking every little bit of sound, every miniscule production detail or tiny piece of arrangement.

One might question whether or not that is a sane work ethic, but listening to A Deeper Understanding feels like an experience unlike any other. Songs somehow simple enough to enjoy and drift away on the first listen, and yet packed with so many layers and so dense with production details that you can listen to it nearly as obsessively as the artist was making it, and discover new intricacies you haven’t noticed on the ten previous listens. A notable result of consistent editing and re-editing of the material. The true mystery is how Granduciel seems to manage to still come across with honest candidness even after that many tweaks and rewrites.

The War On Drugs aren’t necessarily the new band on the block. Their 2008 debut album Wagonwheel Blues and its 2011 follow-up Slave Ambient earned them a decent enough following with the band’s signature ‘80s synth rock sound. But it was 2014’s masterful Lost In The Dream that got them worldwide recognition and unanimous critical acclaim, as well as an eventual leap into the majors with Atlantic. An old-fashioned word of mouth, slow-burning success that simply doesn’t seem to happen anymore in the internet age, Lost In The Dream cemented the band as that much more than a decent revivalist group. While the Springsteen-esque synthesizers and reverbed guitars were still very much in tribute to the classic ‘80s ‘yacht rock’ sound in places, the layered perfectionistic production and the general dream-esque and/or nostalgic flashback atmosphere made it stand out as the perfect evolution of a classic-era. It was the kind of experience that remastered issues of old classic albums wish they could achieve.

A Deeper Understanding, fittingly, is a band digging themselves even deeper into the road trip aesthetic they perhaps didn’t discover, but certainly perfected. A genre that fits perfectly within an immediately recognisable musical context, but firmly stands at the forefront of it. What Stuart Berman of Pitchfork perfectly summed up as “dad-rock for people who are too fucked up and broken to even think of having kids”. Nearly all of the songs on the album last around six minutes, with lead single ‘Thinking Of A Place’ coming in at a referential make-a-wish time of 11:11. And every single one is a trip you don’t quite realise you’re going on until it’s most of the way in and you notice that the same riff you’ve been hearing for the past five minutes definitely doesn’t sound like it did at the beginning of the song. Yet it’s not easy telling why without a pair of really good headphones (another by-product of obsessive editing).

The trip on A Deeper Understanding, however, doesn’t feel like a carefree, back of a pick-up truck adventure across the great American expanse – that credit would be more fitting to the preceding album. This is more like an endless, evolving and somewhat claustrophobic romp through your own mindscape – simultaneously trippy, enlightening, and darker than it appears at the outset. ”I remember walking against the darkness of the beach / Love is like a ghost in the distance, ever-reached / Travel through the night because there is no fear / Alone but right behind until I watched you disappear” – sings Granduciel in the aforementioned ‘Thinking Of A Place’, and it’s one of those things where the more you hear it the sadder it gets.

And one should try to hear it. As proved in their break-out record Lost In The Dream and solidified here, The War On Drugs songs are ones that reveal themselves in full glory on repeated, attentive listens. Not to say that you couldn’t put A Deeper Understanding on while dusting your sunlit patio and fully enjoy the euphonic experience, but to really hear the effort exerted to record it, arrange it, and produce it the way it is, multiple listens are a must. The attentiveness makes you really appreciate the moments of grandeur on the record. Like one of the most iconic songs Granduciel has written – ‘Strangest Thing’, which unleashes an immediately catchy and, despite its unexpected arrival at that point, perfectly fitting electric guitar riff at nearly three minutes into the song. It’s a simultaneous musical and emotional release.

You could potentially pick apart every song on A Deeper Understanding individually, noting every subtle filter change or added synthesizer track, pointing out where the artist is obviously wearing his Bob Dylan influences on his sleeve and where his more modern approach parades itself to the joyous outcry of all the high-end sound equipment owners worldwide. But in the end, like the elusive good concept album, A Deeper Understanding should be ingested as a whole, from beginning to end. It’s a complete experience of the quintessentially American and yet somehow very English-like saddened artistic hermit. A series of vignettes in time, that reflect themselves through music with which you can lose touch with reality, if only for a while. And it will be a little different every time. (9/10) (Ellie Wolf)

Listen to A Deeper Understanding here via Spotify, and tell us what you think below!