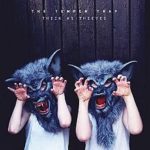 It’s certainly easy to be cynical about bands like The Temper Trap. Often placed somewhere between the dreariness of U2 and Coldplay, and certainly not helped in the long term by that ubiquitous 2009 song, the Australian four piece’s distinguishing traits are easy to unfairly ignore. For starters, the flawless falsetto vocal range of frontman, Dougy Mandagi provides The Temper Trap with an edge not many artists can replicate. And who can deny the magic of hearing ‘Sweet Disposition’ for the first time? Following up from the commercial flop of their second, self-titled album, third album Thick As Thieves attempts to rediscover the sky-high power of their 2009 debut, Conditions. However that crucial lead single to tie it all together is nowhere in sight.

Presenting obvious stadium band ambitions, nearly every track on Thick As Thieves is purposely sculpted for massive crowds to belt out the lyrics. From the thunderous hooks and anthemic, choral explosions to empowering vocals screaming, “if we have to fall, we’ll fall together” (‘Fall Together’, unsurprisingly) the entire album describes the most generic, festival headliner experience imaginable along with all its cliché emotions of unification. But to be fair, they actually pull it off quite well. By no means is it in any way cool, but Thick As Thieves is what it is without any hint of shame, but one feels that the absence of any standout hit will continue to halt their optimistic ambitions. (5/10)

Listen to Thick As Thieves here via Spotify, and tell us what you think below!