REVIEW: The Prodigy – ‘No Tourists’ (BMG / Take Me To The Hospital) 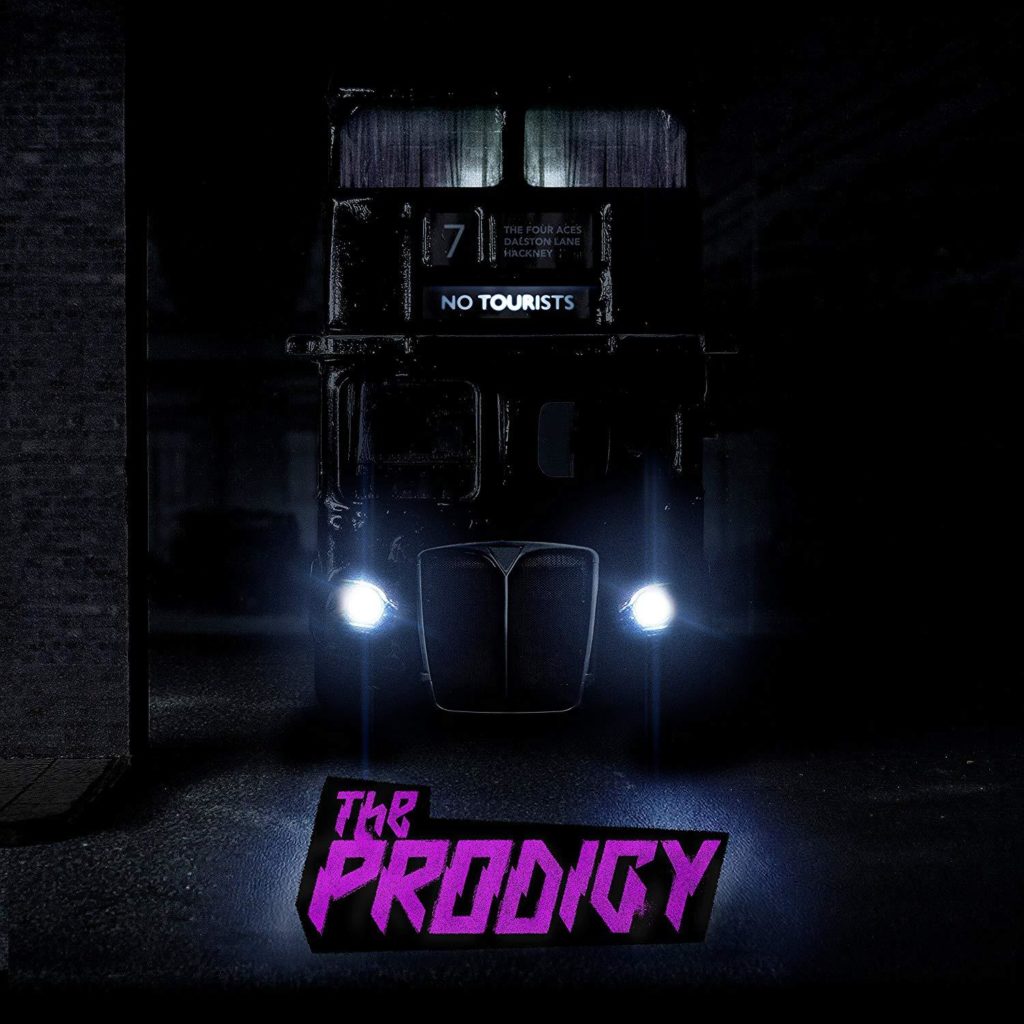 Much more than just battle-hardened survivors, The Prodigy’s latest album ‘No Tourists’ finds them in fresher form than at any point in the last decade.

Although The Prodigy have now only released seven albums in a career lasting over a quarter of a century, Liam Howlett and co. pumped much-needed defiant energy and invigoration into electronic music and became so-called ‘big-beat’ pioneers which, from that point onwards, kept music fans alike keenly interested. Their first and second efforts Experience and Music For The Jilted Generation paved the way for their ground-breaking 1997 masterpiece The Fat Of The Land; an epochal album that would go on to redefine electronic music in the late Nineties and beyond. More recently, Invaders Must Die and The Day Is My Enemy rekindled the hype and rancour that somewhat diminished with 2004’s perfunctory Always Outnumbered, Never Outgunned. Now, they are back once more with their seventh full-length studio album No Tourists….and what a treat it is!

As per usual, Howlett aligns himself with vocalists Keith Flint and Maxim. He recorded the album over an entire year in Tileyard Studios in King’s Cross, London and released it once again through The Prodigy’s own label Take Me To The Hospital. Howlett wanted his approach to writing this album to be different to The Day Is My Enemy. The following quote comes from an interview he did with The Independent: “Every album does take you to the edge, man. That’s how the music happens. I’m in the studio, really intense. I wanted to really try and write in a different way than I did on the last record. You have to put your head in different thought patterns. I had this new studio in King’s Cross. I decided to see what it would be like if I just didn’t sleep. I was testing the boundaries”.

No Tourists sees The Prodigy instigating the concept of escapism and “the want and need to be derailed. Don’t be a tourist – there is always more danger and excitement to be found if you stray from the set path”. The bus depicted on the front cover sets its destination for The Four Aces in Dalston, where the band performed their first ever live gig.

What is most apparent about this Prodigy album is the way it combines what they have done up until this point and what they did back in the late Nineties. Nowhere else is this best demonstrated than on ‘Light Up The Sky’ with the catchy lines “Light up the sky, illuminate / Here come the dance, we instigate” followed by this ear-pounding drop that instils copious amounts of get-up-and-go oomph. Around the 50-second mark, the listener hears sound effects similar to those heard in the intro of ‘Breathe’.

Howlett is firm about his statement that No Tourists is “very much a band album” and it certainly feels that way. Whilst on tour, Howlett recorded Flint’s vocals for ‘Champions Of London’ in a hotel room in Belgium…. the results are exactly what the listener would expect. This track sees the band returning to their early days and how they were the “Champions of London” in an environment of “Bassline drama” that “cuts through your armour”. This really is one of the album’s most gripping moments. From the opening track ‘Need Some1’ to ‘We Live Forever’ and ‘Timebomb Zone’, there is never a bored moment to be found anywhere on the tracklisting.

Plus, Howlett is very effective when it comes to incorporating these high-pitched electronic vocals that are dispersed frequently in the songs. Take the record’s two collaborations, ‘Fight Fire With Fire’ with featuring hip-hop duo Ho99o9, and ‘Give Me A Signal’ featuring singer/songwriter Barns Courtney. These are easily two of the best collaboration songs heard all year. ‘Fight Fire With Fire’ is a song that would make even a member of Death Grips quake in their boots. The instrumentation is sludgy, grimy and gargantuan in flair. While Barns Courtney has no background in terms of big-beat or electronica, his vocals are simply fascinating to listen to on ‘Give Me A Signal’, even if one suspects Howlett’s production wizardry may have helped boost them sonically.

No Tourists is a reminder to the music world that The Prodigy are still fresh and ripe for the picking. It’s aggressive in spirit, albeit in a way not akin to previous releases, and captivating in its driven animosity and venom; typical of the natural insubordination surrounding big-beat artists. Howlett said very recently that EDM is a dead genre: “The UK scene is better than it was three years ago because at least EDM is fucking dead”. Well, it’s safe to say that No Tourists undoubtedly puts these EDM artists to shame. (8/10) (Harry Beynon)

Listen to No Tourists by The Prodigy here via Spotify, and tell us what you think below!