REVIEW: The Lemon Twigs – ‘Songs For The General Public’ (4AD) 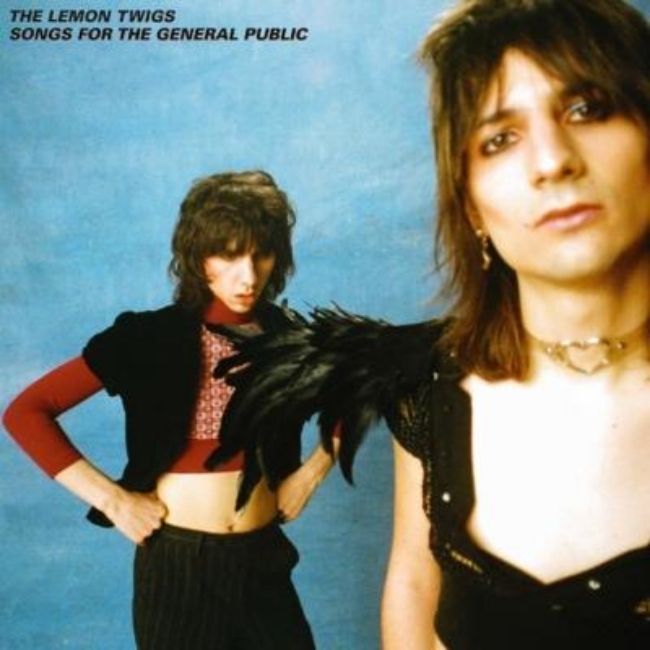 The D’Addario brothers’ third album ‘Songs For The General Public’ is the most effective realisation of their aesthetic of classic rock and pop influences so far.

Originally from Long Island, both Brian and Michael D’Addario have been leading The Lemon Twigs through a journey of impressively fresh blast-to-the-past rock for the past six years. As geniuses in songcraft, they have released three albums to date, Do Hollywood in 2016, Go To School in 2018 and their now highly awaited Songs For The General Public. For artists of their calibre, showing signs of originality are crucial in stopping their type-cast as another hopeless nostalgia-driven tribute act. Go To School succeeded in this regard through the theatrics of a conceptualised story, with a beautifully balanced rock-opera sound. Although Songs For The General Public does not follow a narrative quite like the life of Shaun the chimp, it thankfully strives to challenge the former notion in a multitude of other ways.

The opening track ‘Hell On Wheels’ kicks off with an unforgettable melody accompanied by Michael’s lively vocals. He delivers a vocal tone that is loose and bombastic, which although may have been done with intent, it comes across as a little raspy and hoarse in places. It isn’t necessarily a new technique of his either, as ‘Never In My Arms, Always In My Heart’ from Go To School illuminated. Fortunately, however, what it lacks for its tonal quality, it makes for in terms of chordal arrangement and melody, which carries a reminiscent atmosphere much to the likes of Meat Loaf and Bruce Springsteen. ‘Live In Favor Of Tomorrow’, is first to be sung and written by Brian from the album, which strives towards emotionally intense lyrics whilst utilising a perfect balance of consonance and dissonance between chord progressions and harmony. Highly welcoming, it in many ways feels like a love child of ABBA and The Beatles.

Halfway through Songs For The General Public is ‘Moon’, which begins by having the harmonica play the astoundingly catchy chorus melody whilst instantly grabbing the listeners attention. As the track progresses, it soon becomes evidently clear that it is not only a highlight for the entire album, but a genuinely timeless song which incorporates ultimate Elton John power balladry. Then it’s the first single from the album ‘The One’, a delight to many ears when it was released, and which still holds up in high regard like how it did way back in March. Brian’s blueprint formula for pop could not be more apparent through its straight-to-the-point attitude and drive.

Going back to the originality of the group, ‘Only A Fool’ offers a progressive rendition coupled with emotional lyrics “Everyone starts with yes, and winds up saying no and then they go, and you’re alone” detailing the downward spiral of a relationship. A rapidly alternating time-signature only captures the chaos of this context and shows a unique take on their usual throw-back rock style. ‘Hog’ and ‘Why Do Lovers Own Each Other?’ take the album down to smooth dance tempos where the melodies and lyrics intertwine at their most intimate levels. There are touches of delicacy that gives the latter track an almost Disney-esque vibe, given its dramatic changes in volume dynamics. ‘Leather Together’ leans on a fiery punk rock attitude with a fast tempo, producing an eager expression that will undoubtedly be channelled in the groups live performances. Lastly, we have ‘Ashamed’, which detaches itself from any typical song because of its lyrical context, which reflects a questionable and unnatural love between two siblings. Without having any drums, it gives a simple yet moving song an interesting spin.

In conclusion, the album carries a similar ‘70s homage that was predominantly present within Go To School, whilst containing digitised elements such as synthesisers. It would be acceptable then, to portray Songs For The General Public as having a perfect and ideal blend between the sound of both their previous albums. (8/10) (Jack Walley)

Listen to Songs For The General Public by The Lemon Twigs here via Spotify, and tell us what you think below!