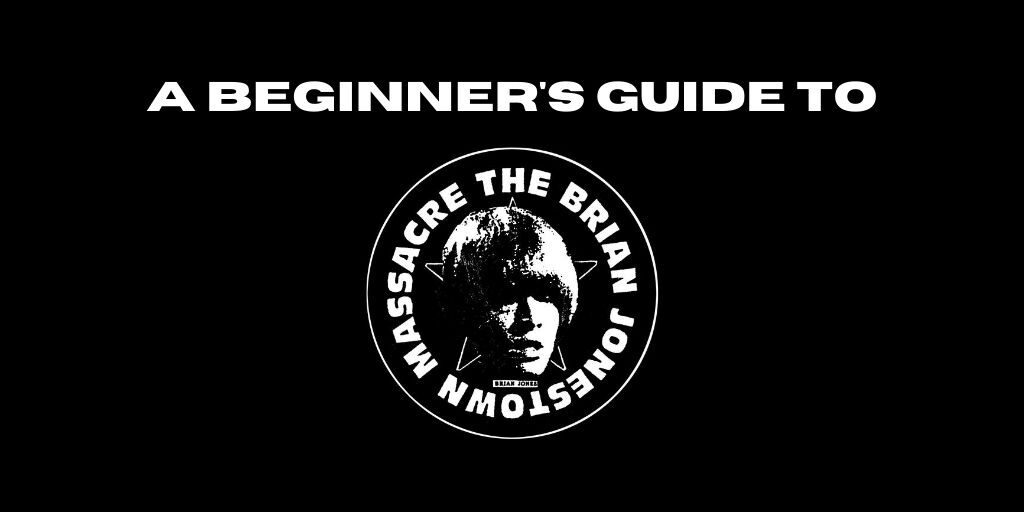 Although they’ve been active for three decades at this point, it’s one of the great mysteries in alternative music’s history as to why The Brian Jonestown Massacre and their indefatigable leader Anton Newcombe have never escaped their cult fanbase status. To the extent they’re well-known at all, it’s for Ondi Timoner’s 2003 documentary film Dig!, one of the most notorious music movies of all time and which charts the course of BJM alongside that of The Dandy Warhols, focusing particularly on the love/hate relationship between Newcombe and their frontman Courtney Taylor-Taylor.

But while the Dandies at least a fleeting moment basking in the sun of the commercial mainstream, The Brian Jonestown Massacre have always been a resolutely underground affair. The closest they’ve arguably come to popular consciousness was when 2010s HBO series ‘Boardwalk Empire’ used their 1996 track ‘Straight Up And Down’ as its title sequence music, but that exposure didn’t lead to any kind of mass discovery or critical re-appraisal of their catalogue.

BJM’s entire career has been a retro-futurist tribute to rock‘n’roll’s weird and wonderful history. While their music sprawls over all kinds of musical sub-categories, everything they’ve done has been pursued under Newcombe’s consistently singular vision, accompanied by a constantly shifting cast of trusted lieutenants and guest musicians. And, while their evolution has been at a pretty glacial pace – it would take an expert ear to determine whether any given BJM track was recorded last year or as far back as the mid-Nineties – there is nonetheless three distinct ‘stages’ to their career.

Formed in San Francisco in the early Nineties, BJM’s name came from a portmanteau referencing the deceased Rolling Stones guitarist Brian Jones – a key figure in introducing Eastern influences into Western rock in the late Sixties – and the 1978 incident at cult leader Jim Jones’ self-dubbed ‘Jonestown’ settlement in Guayana where over 900 of his followers committed ‘revolutionary suicide’ through cyanide consumption. Their first recordings were produced by a revolving door membership of around 40 different members in their first few years, centered around the brain trust of Anton Newcombe, before settling on something resembling a stable line-up for their self-released 1995 debut album Methodrone. BJM then churned out a further four LPs over the following 18 months, covering everything from drone rock, Velvet Underground-influenced rock and Stones-referencing psychedelia – including the cheekily titled Their Satantic Majesties’ Second Request – to country and blues on Thank God For Mental Illness.

This massive productivity and escalating profile led to a short-lived deal with large independent label TVT, who released the band’s 1998 album Strung Out In Heaven. That relationship quickly disintegrated amid low sales, but BJM continued to self-release records, pivoting in a more electronically-influenced direction around the turn of the millennium. Around this time came the aforementioned Dig!, which quickly attained a cult classic status and has kept interest in The Brian Jonestown Massacre simmering at around the same level ever since.

The mid-Noughties saw Newcombe relocate from America to Europe, heralding a fresh burst of creativity and experimentalism that has continued to this day. Highlights have been the My Bloody Valentine and Velvet Underground-influenced My Bloody Underground from 2008, the cinematic Aufheben from 2012, and 2017’s sprawling, diverse Don’t Get Lost.

Three decades and 18 studio albums into their career in 2020, it’s very easy to recommend The Brian Jonestown Massacre to just about anybody with a passing interest in rock music, which makes their persistent failure to achieve wider success all the more baffling. Their lack of major distribution is a key factor in explaining this, partly thanks to Newcombe’s very exacting standards and insistence on engineering his own material that have necessarily precluded the kind of oversight that major labels would want to have. Sadly, that’s often the fate that’s greeted artists with extremely singular visions throughout rock history.

Nevertheless, The Brian Jonestown Massacre have quietly become an alternative music institution, on whom you always depend to release an album of reassuringly unchanging quality in any given year. That longevity ought to be more celebrated than it currently is.

Below, original Student Playlist staff member and BJM fan Matthew Langham has curated a short guide to their labyrinthine discography via our Spotify playlist.