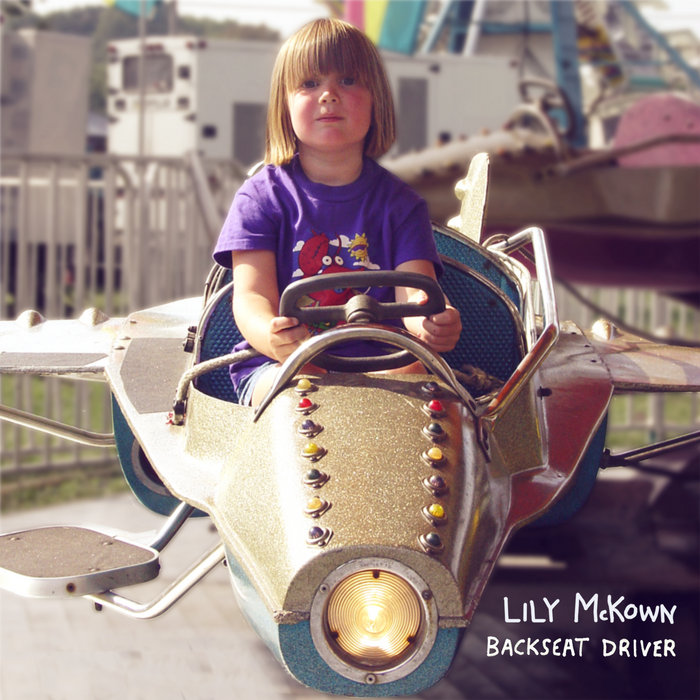 Debut albums are often exciting, especially ones that come with few expectations. Not always do they act as mission statements from an artist, but sometimes, a warm-up to a larger career. Backseat Driver from Philadelphia singer-songwriter Lily McKown feels like the perfect balance of both. Here, we see McKown delivering focused folk-rock, while leaving the perfect amount of space to grow in the future.

Previous to Backseat Driver, McKown released Sea Of Junk, a collection of three tracks not too unlike the full-length that would follow. Strummed acoustic guitars, youthful vocals, and the songwriting appearing front and center is what this artist is about. The big difference though, is that Sea Of Junk feels cloudier than what we get on the debut. Although equally endearing, Backseat Driver shows McKown gaining a clearer direction and sonic fullness.

Take the opening track and lead single ‘Backseat Driver’ for example. From a beginning organ swell, we get a full band jangling under Lily’s despondent lyrics, which sing about the desire for control. Though it may not be the cheeriest single of the year, the extremely personal and down to earth voice of McKown makes it enjoyable nonetheless. It’s also this same voice that guides the album along, giving all the tracks a sort of introverted confidence.

Although the instrumentation on ‘Virginia Lovers’, which features fascinating string arrangements, is also worth mentioning, it’s another track carried beautifully by the song and its singer. This sombre waltz is breezy, but includes melancholic undertones brought forth by the lyrics. This is perfectly encapsulated by the chorus, “Don’t drive down to the Chesapeake Bay / It’s just club soda and down payments paving your way”, which is one of the most memorable sets of lyrics on the whole record. All throughout the album, McKown uses people, places, and objects to illustrate the emotions, and it’s done so vividly.

A shoutout also has to be given to Joe Michelini of the project American Trappist, who’s credited with production, engineering, and mixing (and as a featured artist on the track ‘Ghost Town’). While there’s a basic folk-rock setup to most of these songs, there are fantastic subtleties and nuances in the production that can be boiled down to specific seconds. Examples include the glockenspiel in the title track, the ringing Sufjan Stevens-esque piano chords in ‘Flowers In Texas’, and the haunting atmosphere of ‘B-Team’. All these small elements add up to create a listening experience where you’ll hear something new buried in the song each time you play it.

The feeling on this record is simultaneously hopeless yet warm. We can hear the heartache in the music, but something about it is comforting. Backseat Driver is undeniably human, and that’s why it’s extremely likeable. Though I can’t wait to see Lily McKown strengthen her music, the road past this debut is defined. (7/10) (Andy Ciardella)

Listen to Backseat Driver by Lily McKown here via Spotify, and tell us what you think below!