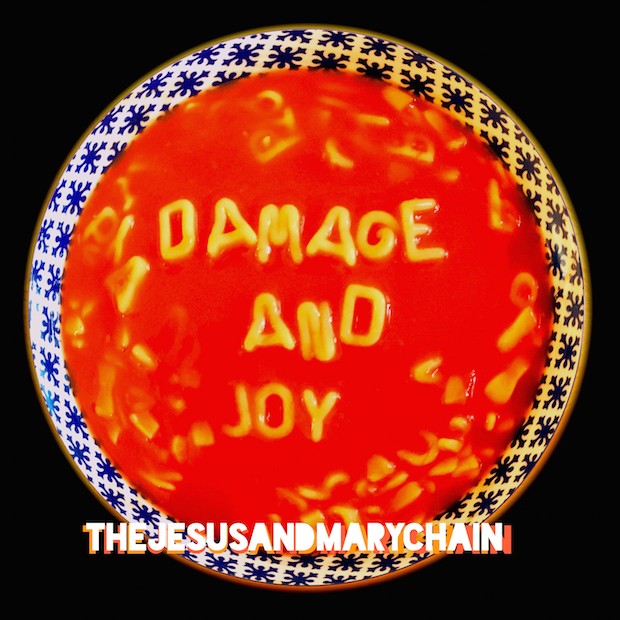 The Jesus & Mary Chain’s first album in 19 years picks up exactly where they left off.

When Scottish legends The Jesus & Mary Chain initially disintegrated at the end of 1998, there was every reason to believe that that was it. The Reid brothers, Jim and William, had been the highly combustible creative core of JAMC since their initiation 15 years before, responsible for half a dozen fine records but whose quarrelsome relationship made the Gallaghers look like retiring vicars arguing over the last scone at a tea party by comparison.

The band’s seminal 1985 debut, Psychocandy, has rightly long been regarded as one of the masterpieces of the decade, and ever since that the Reids had defined and refined the art of looking cool and not giving a fuck. Girls, leather, sunglasses, drugs and sleazy, feedback-drenched and stripped-back garage rock thrills were their language, and even when they were going through the motions, there was a reverence toward time-honoured traditions in JAMC’s attitude that, more often than not, made the results fixating.

But, 19 years after their demise and ten after burying the hatchet, The Jesus & Mary Chain have finally delivered a new studio album. The wisdom of such a move is questionable after such a long time, but Damage And Joy sees them effortlessly pick up where they left off. Half of the 14 tracks have previously existed as Jim Reid solo songs or as tracks by his sister Linda (a.k.a. Sister Vanilla), meaning that there’s a sense of continuity in what’s offered up here, a band still used to flexing its muscles.

The lusty opener and lead single ‘Amputation’ motors into view and it’s like two decades haven’t passed at all. The back-to-back brace of duets with Isobel Campbell, ‘Song For A Secret’ that is reminiscent of the smouldering, sweet 1994 track ‘Sometimes Always’, and the scuzzy rock of ‘The Two Of Us’, are highlights. ‘Get On Home’, with its vaguely puerile lyrics about “some LSD” and “the MTV”, see the Reids do their teenage regression thing like they’ve done dozens of times before. Sky Ferreira joins in on the excellent “ba-ba-baaas” of ‘Black And Blues’, while ‘War On Peace’ is a stoned ballad that accelerates menacingly towards the end. The lyric “I hate my brother and he hates me” on ‘Facing Up To The Facts’ is an entertainingly sly nod to the Reids’ simmering tension over all these years.

‘Always Sad’ sees the re-appearance of that famous ‘Be My Baby’ drumbeat JAMC have often reverted to for inspiration (see ‘Just Like Honey’), but the effect is immensely pleasurable. ‘Get On Home’, with its () could have come from any point in their discography. The real surprise is in ‘Los Feliz (Blues And Greens)’, which applies orchestral touches to the kind of desert-bound acoustic ballad of Stoned & Dethroned to great effect.

However, Damage And Joy does noticeably start to sag as its second half gets under way. The laid-back ‘Mood Rider’ and mid-paced ‘Presidici (Et Chapaquiditch)’ are both entirely lacking in distinctive features, and it’s this slight dip in quality control that ultimately prevents the album from being anything more than a solid, enjoyable effort. The genuinely strange ‘Simian Split’, on the other hand, is possibly far too scatty and deranged for its own good although it displays admirable ambition.

Many may question the artistic wisdom of a band like The Jesus & Mary Chain making another album after nearly two decades out of the recording studio. They’ve everything to lose in terms of reputation, and little to gain in terms of access to new fans. But Damage And Joy is largely a success on its own terms, and certainly does nothing to tarnish their legacy, which are arguably the most important things to conclude from a venture of this nature. It’s a bit baggy and excessive around the edges and could do with editing down in places, but these are forgivable in the context of a first new album in 19 years from one of this country’s greatest cult bands. (6/10) (Ed Biggs)

Listen to Damage And Joy here via Spotify, and tell us what you think below!