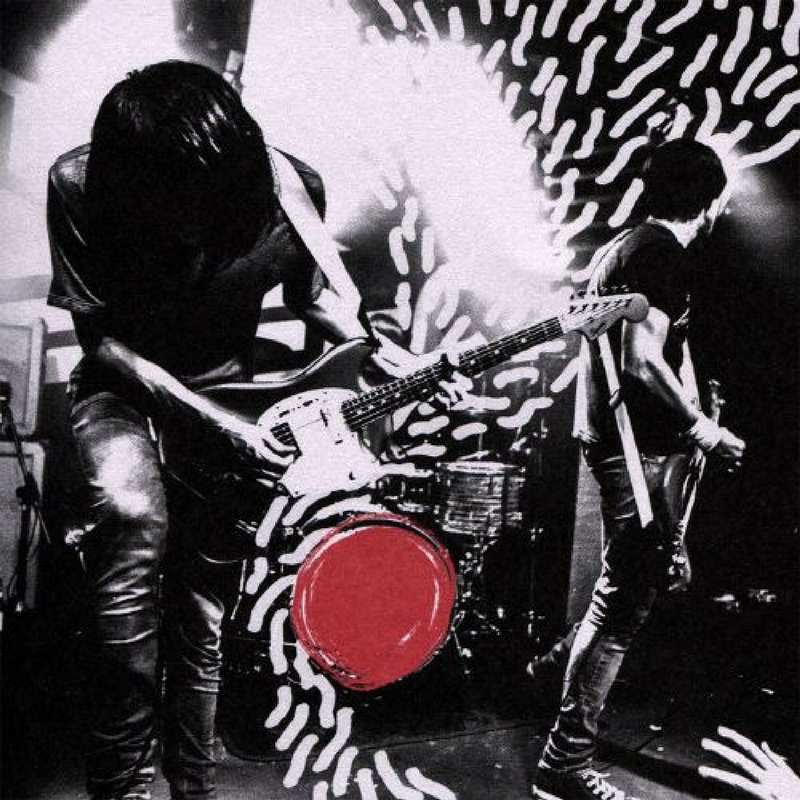 eaming up with Steve Albini, ’24/7 Rock Star Shit’ is the all-out punk record that The Cribs have been threatening to make for years.

For a band that’s prided itself on impeccable DIY aesthetics and embracing independent practices for well over a decade, it’s surprising that it’s taken The Cribs until their seventh album to make an out-and-out punk record. Announced just three weeks ago and recorded for the most part in the space of less than a week with the iconic Steve Albini behind the production desk, 24/7 Rock Star Shit arrives nearly two and a half years after 2015’s For All My Sisters. Back then, the Cribs promised that a rough, angular punk effort would soon be following that album’s much more hook-laden, pop-orientated approach – while it may have taken a little longer than ‘soon’, 24/7 Rock Star Shit most certainly is that album.

READ MORE: The Cribs // For All My Sisters reviewed

What Albini and The Cribs have delivered is a sparse and often punishingly heavy collection totally in keeping with the great producer’s reputation (Nirvana’s In Utero; PJ Harvey’s Rid Of Me are some of his other famous productions). In many ways, 24/7 Rock Star Shit is the record that one imagines the Jarmans have wanted to make all their lives. As its title suggests, the brothers Jarman are still observing and commenting from the sidelines and the underground, the way they always have done. But virtually all melody and commercial appeal are cast aside here, with unembellished power emphasised.

The songs originate from around six years ago, during sessions for 2012’s In The Belly Of The Brazen Bull. The gritty ‘Chi-Town’ was the only track to survive from those sessions with Albini onto that album, but there were reportedly around half a dozen tracks left over that the band felt could be finished at any time. But rather than the ‘all things to all Cribs fans’ splatter of that album’s splatter, 24/7 Rock Star Shit is a much greater concentration of raw noise and punk energy than the Jarman brothers have ever harnessed before. Fans of The Cribs’ artistic and commercial high water-mark Men’s Needs, Women’s Needs, Whatever, whose 10th anniversary the band recently marked with a modest tour earlier this year culminating in a huge homecoming show at Leeds’ First Direct Arena in May, are unlikely to find much in here by way of sing-a-longs.

But in truth, The Cribs have been attempting to distance themselves from that casual fanbase for the best part of the ensuing decade, and 24/7 Rock Star Shit could be interpreted as the logical end-point of that gradual drift into harder, rawer sounds and more socially and politically conscious subject matter. 2009’s Ignore The Ignorant and tracks like ‘Pink Snow’ on For All My Sisters showed the Jarmans wearing their politics on their sleeves, but opposing the mainstream has been in their blood since the beginning. Here, on the likes of the spiky, backs-to-the-wall ‘Year Of Hate’, their approach melds perfectly with Albini’s, and the deliberately quick circumstances of its creation seem to suit his methods – but Albini gives back to The Cribs in kind. The trademark low-end roar, that sense of all channels being opened for a sonic purge, is immediately noticeable on opener ‘Give Good Time’ and compliments Ryan and Gary’s unpolished punk hollers. In terms of comparators, it’s like …Brazen Bull’s crunching and avowedly non-melodic ‘Back To The Bolthole’ revisited and explored further.

It’s a trick that’s essentially repeated on eight of the album’s ten tracks, but The Cribs have more than enough in their arsenal in terms of songwriting chops in order to make 24/7 Rock Star Shit an overall success, despite some minor suspicions that some songs could have done with being worked through a little bit more. ‘What Have You Done For Me?’ is the very best of the lot, with Ross’s drum fills and a rough, choppy guitar part showing The Cribs in full flow and enjoying the experience. ‘Rainbow Ridge’ is the most tuneful, coming off as a meatier offcut from Ignore The Ignorant, and the scuffed dirt-pop of ‘In Your Palace’ sees Ryan engaging in some pretty extraordinary vocal leaps. Only two tracks offer variation on the low-end booming and crashing. The acoustic ‘Sticks Not Twigs’ fails to impress itself on the memory despite providing a nice breather in the middle of the album, but the strange and rather beautiful proto-synths and shimmering guitar combo on ‘Dead At The Wheel’ works well as the penultimate track before the spacious ‘Broken Arrow’ finishes things on a slightly more melodic note.

It takes more than a couple of listens to get the maximum traction from its raging, clangorous production, but 24/7 Rock Star Shit is a different kind of great Cribs record from virtually everything they’ve done before. There’s absolutely no sense of ironic detachment or distance, no affected poise or pretence, just the raw nuts-and-bolts affair that the Jarmans have been threatening to deliver for their loyal fanbase for years now. What The Cribs do next is anybody’s guess. (7/10) (Ed Biggs)

Listen to 24/7 Rock Star Shit here via Spotify, and tell us what you think below!