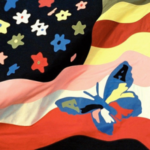 Way back in November 2000 – which, from the point of view of 2016, is so long ago it may as well be ancient history: before 9/11, and when Napster was still a thing and iPods weren’t – Australian music collective The Avalanches released their first full-length LP Since I Left You, which was one of the most creative and original albums of the decade. Constructed with painstaking effort and attention to detail, not to mention years of manpower and legal wrangling with countless sample clearances, it was a kaleidoscopic masterpiece stitched together with sound fragments, vocal snippets and textures plundered from the entirety of pop history. Its title track and the eminently distinctive and playful ‘Frontier Psychiatrist’ became cult hits, and the album itself was quickly held up as one of the very finest artistic achievements since the turn of the millennium.

In the aftermath, many were left wondering how long it would be before The Avalanches followed it up. Year after year went past, with vague mutterings of things being put together, but there was radio silence. In part, this has been because of the band’s Robbie Chater being diagnosed with an autoimmune disease that held up production of the record for long periods at a time, which he revealed in an interview last month. In early June, at long last, came the announcement for which musical aesthetes had been waiting so very long – a second album, entitled Wildflower. After such a long wait, it might not even matter that a second Avalanches album could be disappointing: the mere fact of its existence is worth celebrating. In short – Wildflower isn’t as good as its predecessor. In fact, it’s not even close. However, it is still tons of fun, and contains enough distinctive character to exist apart from Since I Left You and not be overshadowed by it.

Where Since I Left You fitted most neatly (or least inconveniently…) into the category of instrumental hip-hop, Wildflower is a much calmer and psychedelic affair with faint undercurrents of anti-establishment and counter-cultural values lent to it by extensive sampling of ‘60s music. The Avalanches themselves described it as a “road trip” in a “big, wide, expansive country”. ‘Colours’ is a celebration of wonderfully summer-sounding melodies as the track erupts quickly into it and doesn’t look back, the addition of Mercury Rev’s Jonathan Donahue helps bring the track along superbly to provide a real album highlight.

Meanwhile there is ‘Subways’, an innocent and more relaxed affair (in no small part because of the sampling of ‘Subway’ by Chandra) – the funk-infused bass and morphed vocals towards the end work excellently. ‘If I Was A Folkstar’ seems to typify the current trend Australia appears to have for neo-psychedelia, with a Tame Impala-infused sound being the overlying theme of the track with the legendary Toro Y Moi adding a chillwave element. Those looking for a replication of Since I Left You can look to ‘Because I’m Me’ a Jackson 5-styled track which brings in the record in a similar vain to the predecessor’s eponymous opener. Meanwhile, those wanting something just as unique can look no further than ‘The Wozard Of Iz’, a small interlude whose textures wash over you as it walks the line of mellow and hard-hitting to great effect.

There’s still time for the hip-hop sound which gave The Avalanches their reputation, although this time to differing effects. Lead single ‘Frankie Sinatra’ is hit-and-miss as it keeps the excellent production which we’d come to expect but this time there is the laboured vocal features of MF Doom and Danny Brown, which feel forced. ‘Noisy Eater’ counters this though with Biz Markie providing a fun featured vocal with growls and sounds of eating backdrop with a beat which wouldn’t have gone amiss on Since I Left You.

There are other times where the record misses its mark; the sequence of ‘Park Music’ with its inverted banjos and ‘Living Underwater (Is Something Wild)’ do nothing to help the album as it doesn’t allow the record to capitalise on the Ariel Pink-featured ‘Live A Lifetime Love’ – a track which grabs your attention from the off and fails to let go. ‘Stepkids’ passes by without leaving its mark on the listener too and it is this drop in momentum which makes the spoken vocal of Father John Misty during closer ‘Saturday Night Inside Out’ feel tame as the record fades away.

Fundamentally though, this record is a success after sixteen years away; Wildflower maintains the same innovative production style of Since I Left You and with the original content and features it feels like there has been a genuine progression. Where their first was a bric-a-brac fantasia, this feels somehow more ordered, although the sound collage aesthetic is similar. Perhaps it’s harsh on Wildflower, which was always bound to be cast as the long-awaited follow-up to one of the greatest records of the 21st century, meaning it was almost certain to disappoint, but this record has its own stand-out moments and, as expected, is a delight to listen to. (7/10)

Listen to Wildflower here via Spotify, and tell us what you think below!