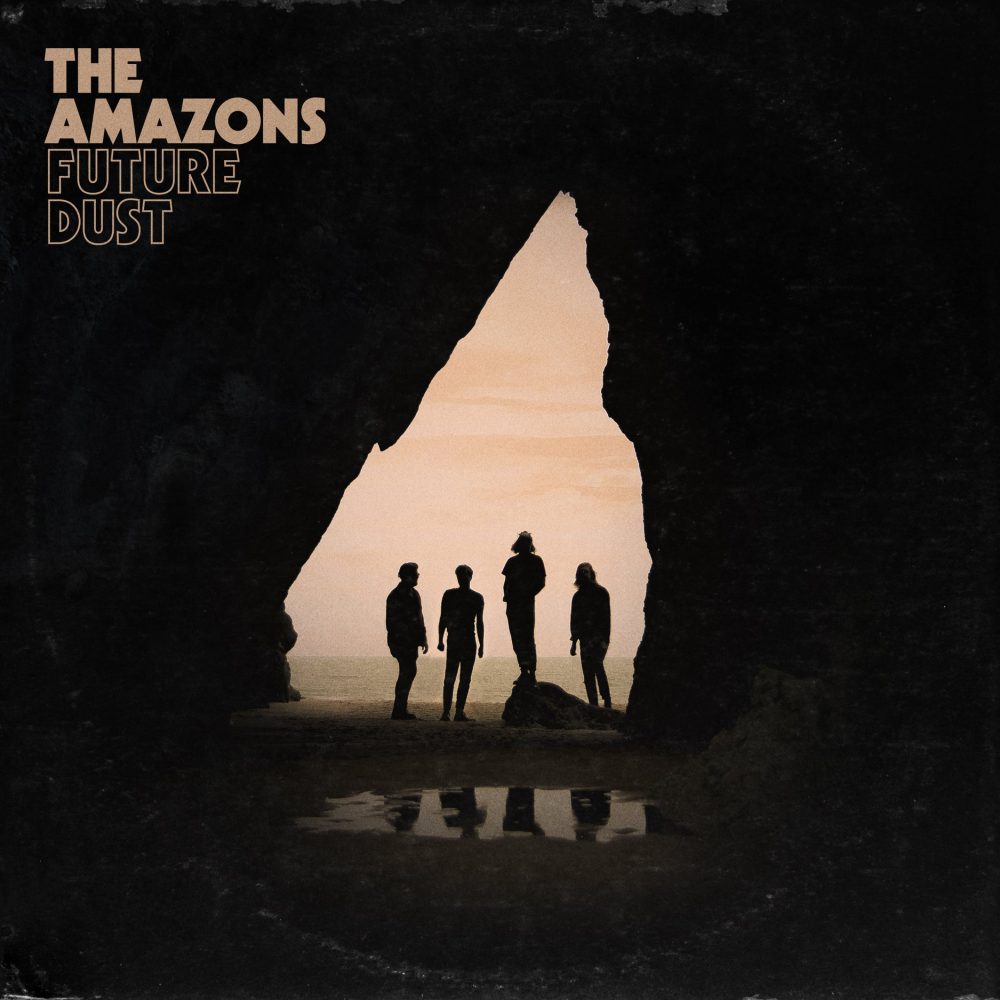 The release of Reading-based indie rock band The Amazons’ second album has been greatly anticipated by their ever-growing fanbase, since their initial success with their 2017 self-titled debut. Now the band are back almost precisely two years later with Future Dust, an album that singer/guitarist Matt Thomson claims to have drawn great influence from the roots of rock music to produce, and acknowledges specifically blues, jazz and country in his explanation of the band’s creative aims for their sophomore effort. Thomson emphasises his love for a feel of raw emotion in a piece of music, and has attempted to apply a similar approach to the recording of the tracks on Future Dust. However, the material seems to have been let down by its production, which nullifies any ‘raw’ feel the tracks could have achieved.

The main problem with Future Dust is that it sounds like a pop record. Not in any snobby, ‘proper music’ kind of way, but in a manner that completely undermines Thomson’s claims for it. The Amazons’ arrangement as a guitar-based rock band, and the alleged inspirations they’ve drawn from, are both made irrelevant by the predictably bland production. The entire album is lacking in character it seeks, the songs are rendered painfully average, and it’s incredibly disappointing. The Amazons are an excellent live band – dirty sound, sweaty gigs, the works. So why isn’t an attempt even made to capture that on this album? The band are clearly capable of creating exciting material.

Thompson describes tracks like ‘Fuzzy Tree’ as studio jam sessions, suggesting this guarantees a ’raw’ feel to a song, but this approach to recording doesn’t work if the track is then polished up and straightened out to the degree of any other ‘indie’ pop song in the production stage. Overdubs, excessive reverb and over-compression are not the tell-tale signs of a gritty rock band, they’re the hallmarks of overproduction, and it’s such a shame to see The Amazons’ potential hindered by their attempts at mainstream appeal as opposed to actually attempting to sound raw and exhilarating.

Truth be told, as infuriating as the boring production is on this album, the songs themselves are not comparable with their first album in terms of defining the band’s identity either. The guitar riffs are mediocre, and the song hooks themselves not particularly memorable. When describing the band’s ambitions for their second album, Matt Thomson has claimed the band wanted to find their own sound and say something with their music by tapping into things “bigger than themselves”. Standard rhetoric, as it seems that The Amazons have achieved the opposite of what they set out to do with a predictable, monotonous mainstream rock record. (4/10) (Jacob Kendrew)

Listen to Future Dust by The Amazons here via Spotify, and tell us what you think below!