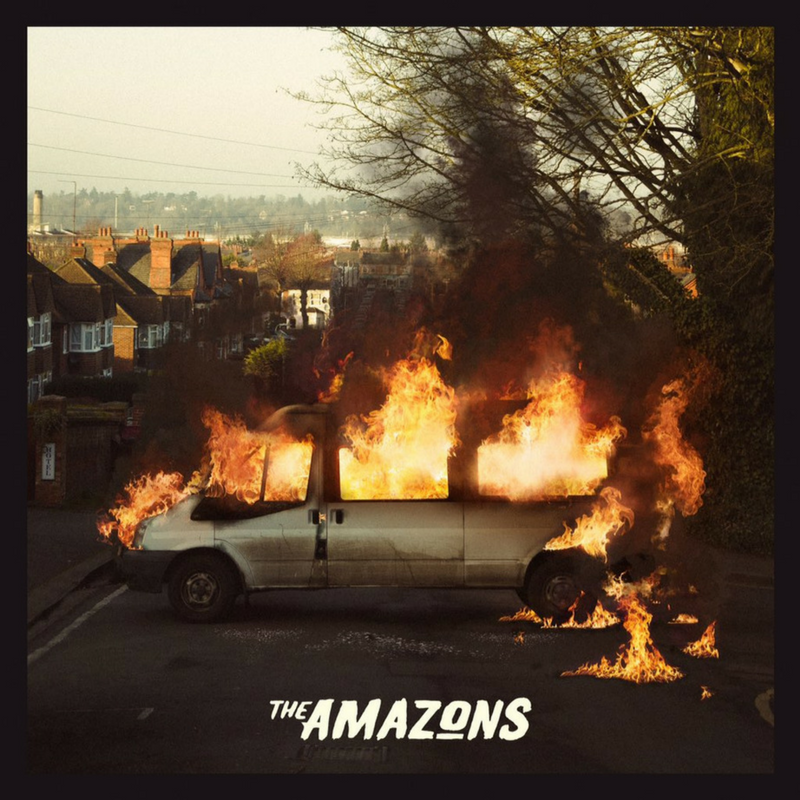 After the industry hype, The Amazons deliver an imperfect and confused but ultimately promising debut album.

Included in the BBC’s ‘Sound of 2017’ list and MTV’s ‘Brand New 2017’ list, The Amazons have released their self-titled debut record as they seek to make an impression on fidgety and antagonised young rockers who crave an omnipotent revolution (or just a revolution of any kind) within the modern rock community. For a while now, scepticism has lurked around many albums by bands who are labelled as ‘modern rock’. Kasabian’s latest LP For Crying Out Loud is an exemplar for this trend. The Amazons appear to be heading in the right direction on this debut album but reluctantly not trying to take experimental risks or crumble boundaries that stand in the way. Fun fact: the album cover contains the cremation, if you will, of The Amazons’ old touring van which they called ‘Big Suze’.

The opening track ‘Stay With Me’ draws a datum line for the listener as the band pulsates power chords and numerous catchy guitar riffs. In addition, lead vocalist Matt Thomson discusses being alone with “No there’s nothing wrong with being alone / But being alone is being without you.” However, the track ‘Junk Food Forever’ delves deeper into this concept with the chorus that repeats “I don’t want to be alone”. The track title seems to refer to a phase of meaningless relationships as being the ‘Junk Food’ and wanting to find someone different. The Amazons have been compared to Nirvana for energy and Arcade Fire in terms of grandeur and artistic presence. Quite a bold statement to make yet the band excel themselves on ‘Burn My Eyes’.

The track ‘In My Mind’ brings Nirvana’s ‘Bloom’ into mind with similar tempos and a heart-pounding opening riff. By this point, the listener’s thought processing is based around pumping and driven guitars, bass, and drums as well as Thomson’s brilliant vocals. Sadly, ‘Raindrops’ trails off into typical indie territory and it does not dynamically work for the band. Sure, it’s atmospheric like most of the tracks on this album, but there is a lack of execution. ‘Black Magic’ entails a similar flaw but is luckily more forgivable with harmonious backing vocals and scintillating guitar tones.

The dark horse and all-round highlight of The Amazons is ‘Little Something’ which brings that tenacity to the second half of proceedings. The riff at the two-minute mark blazes the living daylights out of the listener and sets an example for how rock music should make oneself feel. The Amazons does have some exquisite moments that answer the prayers for rockers of this generation but this only goes so far. The more heavily-distorted of tracks like ‘Stay With Me’ and ‘Little Something’ had substance and appeal but tracks like ‘Raindrops’ and the closing track ‘Palace’, a dreary piano ballad, undermine the album’s potential. After all the hype, a moderate but perplexed rock album. (6/10) (Harry Beynon)

Listen to The Amazons here via Spotify, and tell us what you think below!