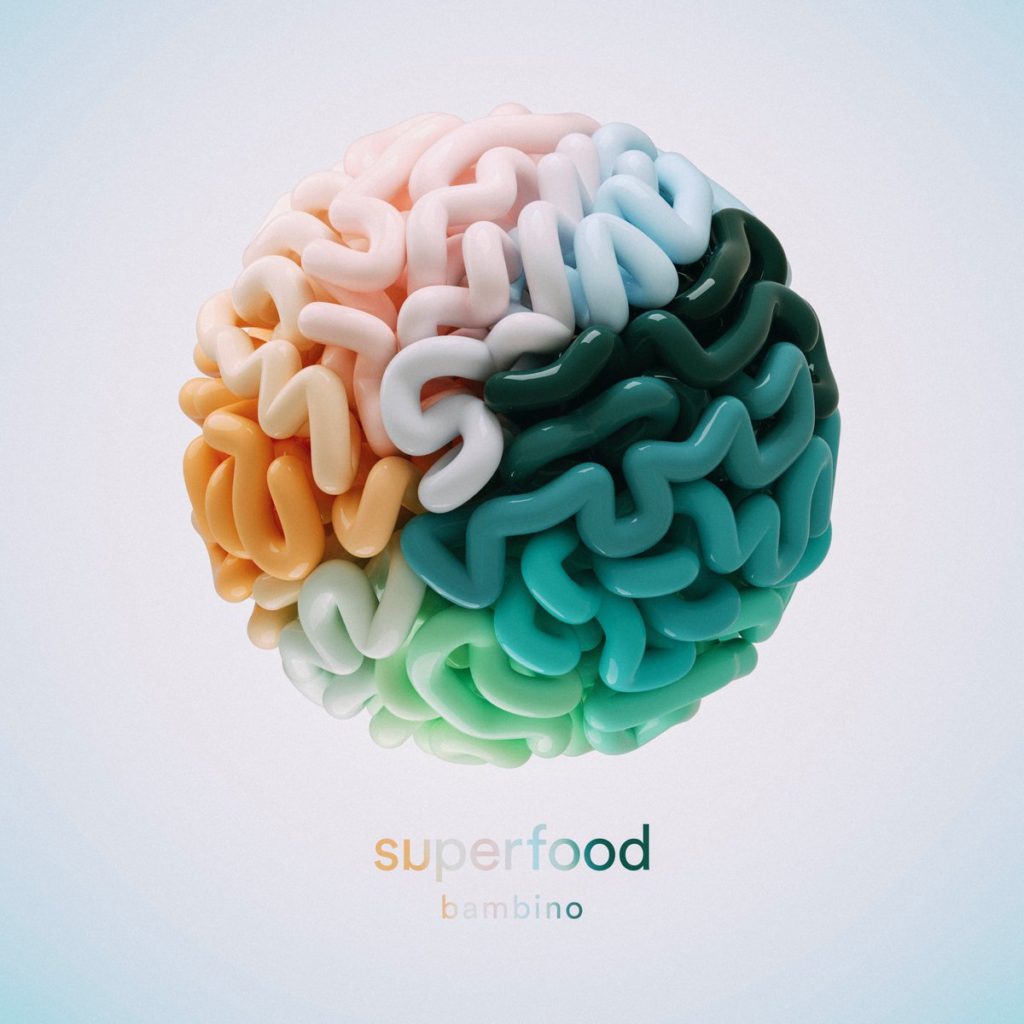 Promising indie four-piece Superfood call in the musical reinforcements for their second album ‘Bambino’, and the quality is consistent enough to suggest a real long-term future is in store for them.

Superfood haven’t been around for a very long time, but many people may have heard about the quartet in the recent years, when they entered the British pop-rock scene. Their lithe and energetic 2014 debut, Don’t Say That, was an interesting introduction to their interpretation of Britpop, with a little crazy and unexpected added to the mix. Although it sounded a little rushed at times and it was difficult to find a centre point of it, Superfood looked fairly sharp at their best moments.

On their comeback single ‘Double Dutch’, Superfood reach for some electronic influences which, unfortunately, do not add any value to the song, making it simply unexciting and sounding flat. However, that particular track shouldn’t discourage from giving their second record, Bambino, a chance to prove itself.

The opening song, ‘Where’s The Bass Amp?’ constitutes a purely fun opening to the record, as if the band was announcing to the listeners that their journey is just about to start. ‘I Can’t See’ follows immediately, with a very positive vibe, and a nice hook in the chorus where Dom Ganderton’s falsetto reaches that satisfying yet comfortable level, which was also multi-tracked, creating one of the most absorbing moments on the album.

Other songs, such as ‘Witness’ and ‘Shadow’, are very enjoyable as well while having that specific edge in their sound which Superfood produce. At the same time, each of them seems to be representing a slightly different side to the band. Superfood may have taken the process of recording this album to a different level on this occasion, coming up with tunes that are more focused, yet still represent their adventurous spirit. ‘Unstoppable’ is lively, yet is also possess certain gravity, when Ganderton’s sings “Save me, save me, just leave me alone” in a ghostly manner. The mood on the song changes within seconds, making that volatility its biggest appeal.

That unpredictability which Superfood present on Bambino is definitely one of the album’s most important qualities. The band create a very entertaining atmosphere, which steps up considerably from their previous release. Bambino is also a good sign that if the band finds even more courage to leave their comfort zone and experiment with their sound, the effects could be very surprising. (7/10) (Alicja Rutkowska)

Listen to Bambino here via Spotify, and tell us what you think below!