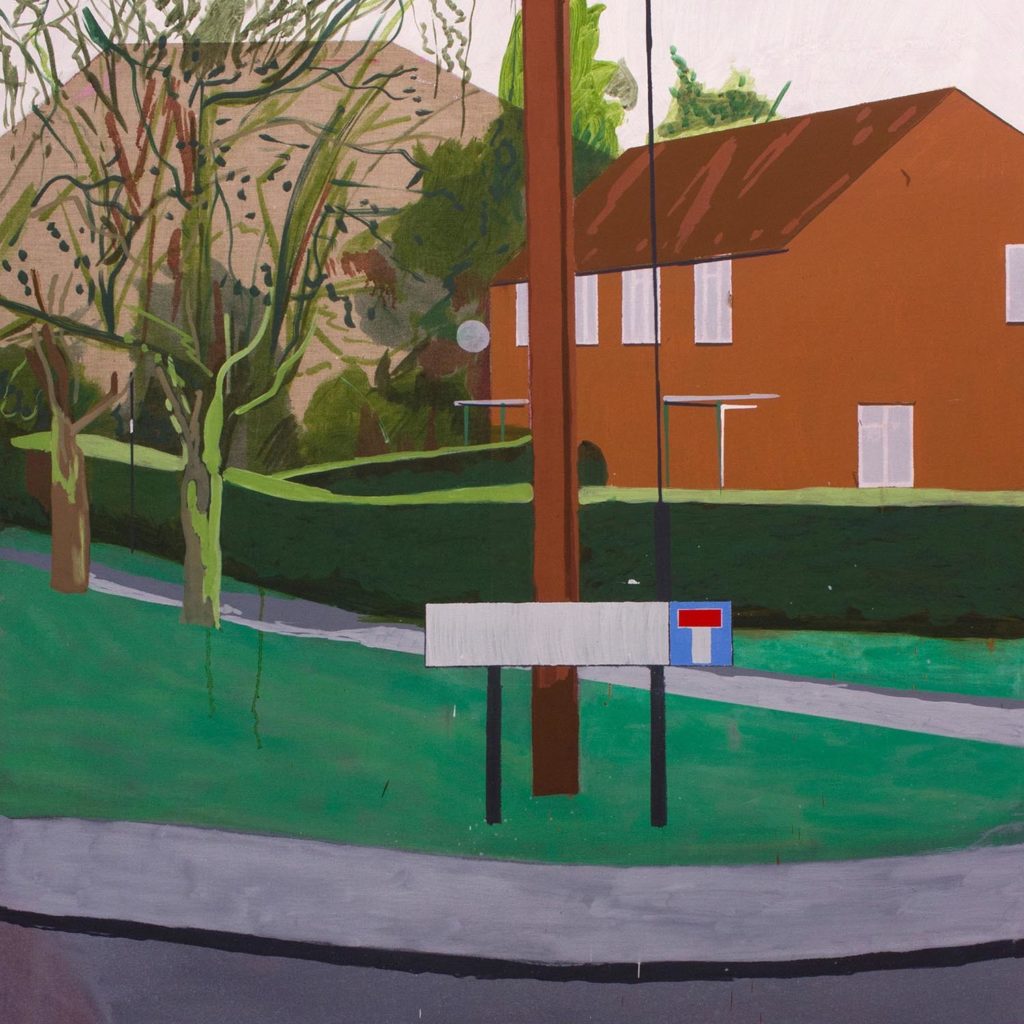 Riding a wave of intelligent, innovative punk-inspired music that’s been sweeping the British indie scene of late, Brighton-based quintet Squid’s output to date has placed them as arguably the most exciting prospect to emerge from these politically beleaguered isles in the last couple of years. ‘The Dial’ attracted some well-deserved attention last last year, and their enervating, panicky single ‘Houseplants’, addressing the quicksand trap that is private-sector renting, earned them a prominent playlisting on BBC Radio 6Music earlier in 2019, a pattern of success that they continue with a new four-track EP, Town Centre.

The key to Squid’s compelling music is that, although they’re unmistakably a punk band, they only use it as a starting point, a platform from which to engage with all sorts of other influences, from introspective indie to more avant-garde sounds like krautrock and jazz. Ollie Judge’s drumming is the primary creative engine, an inversion of the standard formula that sees the bass and guitars used for textural purposes, consumed in the swirling rhythmical vortexes that Judge’s drumming generates. As such, it allows Squid to explore dramatically different territory than you might ordinarily expect, and that’s reflected throughout Town Centre’s patient 23-minute runtime.

It’s a bold move to open an EP with an instrumental, but such is Squid’s natural confidence that the mournful jazz trumpet that heralds ‘Savage’ can meander into a slate-grey, faintly menacing ambience and hold the attention without a word being uttered. The fidgety, restless Fall-esque indie-punk of ‘Match Bet’ sees drummer-singer Judge open his mouth for the first time on the EP, with his neurotic outlook about “red wire / blue wire / they all look the same / with my history there is no luck” coming across like a modern-day David Byrne, before it heads to a motorik-powered finale.

Recent single ‘The Cleaner’ makes an appearance in an extended, 7-and-a-half minute form. An indie dancefloor-rager that doubles up as a commentary on class in the context of a zero-hours, gig economy (“a faceless hive with a faceless hello”), it’s the best showcase for Judge and co-singer Louis Belase’s vein-popping vocals. Town Centre winds down in a similar manner in which it started, with the chilled, Neu!-like rhythms of ‘Rodeo’ chugging along gently to its conclusion – again, the group are assured enough to leave it nearly three minutes before the vocals kick in. If Squid’s star continues to rise in a similar manner, we can expect a truly wonderful debut album at some point in the future! (8/10) (Ed Biggs)

Listen to Town Centre EP by Squid here via Spotify, and tell us what you think below!