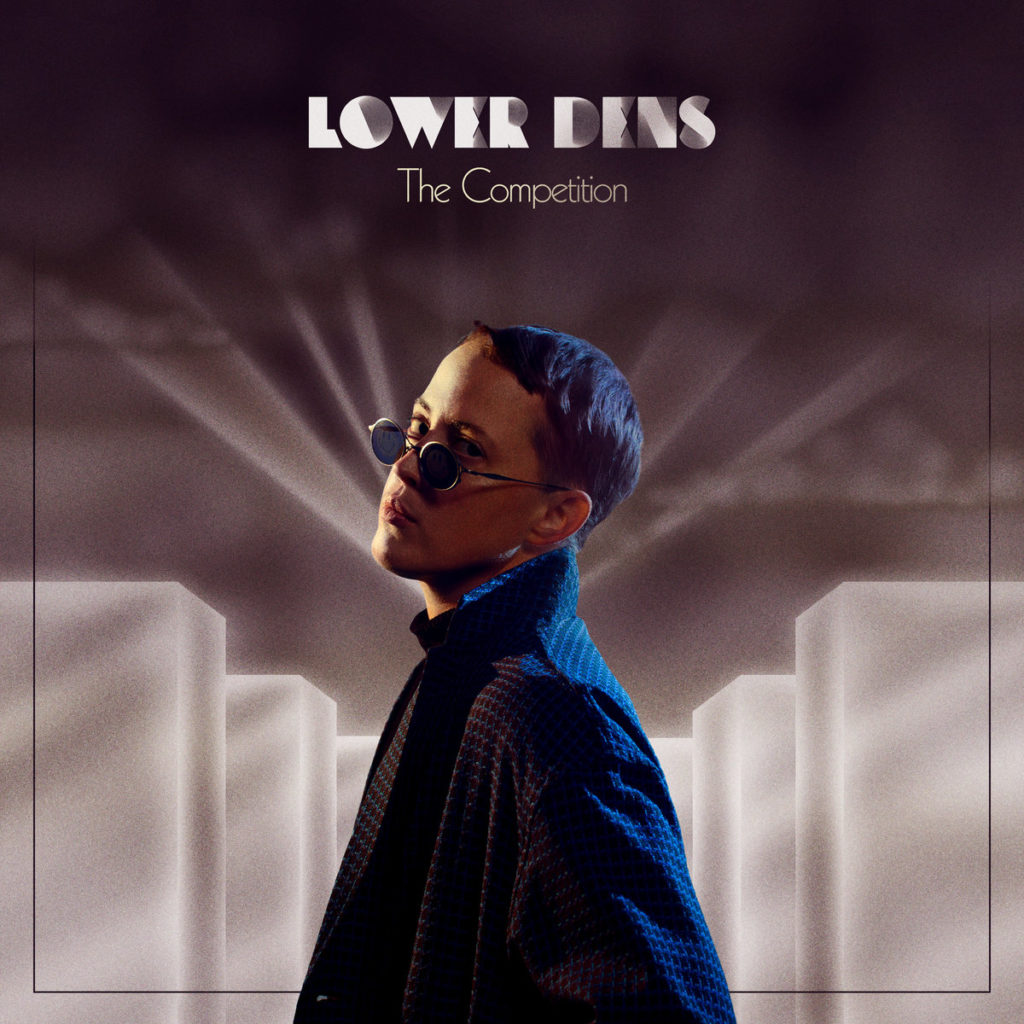 Emotional and often politically charged, the new Lower Dens album titled The Competition is not only a journey into synth-pop, but also an opportunity to have an insight into the band’s vocalist and songwriter Jana Hunter’s mind. Throughout the 11 tracks, Hunter doesn’t shy away from singing about his personal experiences, as well as his outlook on the United States’ political landscape, through “immersive, four-minute songs which meant to give please as much as provoke self-examination”.

‘Galapagos’ opens the album with Hunter proclaiming the value of one’s life and giving a chance for those whose “tide is gonna turn”. Followed by the high-energy ‘Hand Of God’, Hunter steps further into his politically reflective territory, going face-to-face with those who think are powerful enough to “shake the hand of God” and to later fully expose the consequence of those people’s actions on ‘Young Republicans’. In between those contemplative moments, Hunter also manages to sing about topics that might be closer to most people’s hearts, especially those who are not as eagerly invested in the politics of his country. ‘Two Faced Love’ brings out the idea of being afraid to loose and hurt again, while ‘I Drive’ contemplates broken relationships and missed chances of getting the people you love to be together.

In all of this, Jana Hunter is incredibly intense and takes every single word that he sings very seriously, requiring the listener to be not only attentive, but equally sensitive as he is. With almost each song touching upon a deep and difficult topic, The Competition becomes both thoughtful and overbearing at times, with its saturation of highly absorbing songs. While Hunter designed the album to be just like that – provoking and deeply engaging – sometimes you can’t help the feeling if being thrown into a thunder of his emotional overflow and wanting to escape to something simpler and more light-hearted. But with one thing Hunter is completely right – the synth-pop, dreamy atmosphere which dominates the record does create a sensation of pleasure and satisfaction, which the demanding lyrical side might not guarantee – driven by the influence of ‘70s and ‘80s, The Competition has plenty of great moments and passionately written songs. (6/10) (Alicja Rutkowska)

Listen to The Competition by Lower Dens here via Spotify, and tell us what you think below!