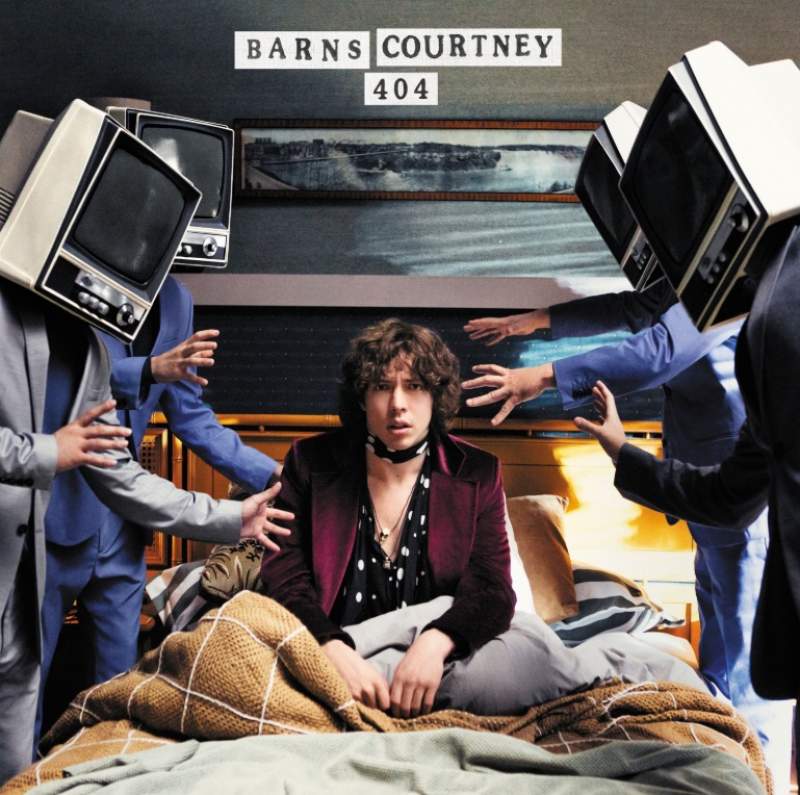 On his second album ‘404’, Barns Courtney sounds like he’s hanging desperately on to the coat-tails of others as he beats a path to commercial success.

Born in Aylesbury but raised in Seattle, singer-songwriter Barns Courtney and his sophomore LP 404, successor to his 2017 debut The Attractions Of Youth, sees him try his hand at making a pop album. That debut, while decent enough, felt like a monotonous listen and relied heavily on large-sounding drums that imitated the likes of Imagine Dragons. To add insult to injury, the news isn’t all that exciting for 404 either. It’s a shame considering that his successful collaboration with The Prodigy on ‘Give Me A Signal’, closing track off their latest album No Tourists, was an unlikely prospect that paid off, considering the dissimilarity in the artists’ respective genres.

Courtney attempts to hide 404’s discernible mediocrity with overblown instrumentation and choruses throughout the tracklisting. There is a severe lack of originality, ambition and stylishness in Courtney’s songwriting and vocal performance, and his lyrics are seldom emotionally investing. In addition, there is good reason to assume that Barns Courtney is hanging onto other mainstream artists’ coattails, namely Rag’n’Bone Man, Walk The Moon and The 1975, in terms of beating his path to success. Because of this, 404 acquires a throwaway, instant gratification quality, like a snap dopamine hit people get when they receive likes or retweets on social media.

Even the singles ‘You And I’ and ‘99’ don’t inspire confidence as soon as the play button is pressed. The former serves as a rather generic lovesick ballad backed up by mind-numbing production value. Cheesy lines like “Guess I have to hitch a ride / I would flag down any motorist / I’d run the whole M5 / For you and I, you and I, you and I” aren’t even ironically funny. Like the title suggests, ‘99’ sees Courtney looking back at the year 1999 to recall what life was like at the time compared to the present day. While observations like “Nintendo, Atari / Sega’s my Ferrari” or “Back then we were trading / Cards behind the swings / Oh no, now it’s money, gold, and diamond rings” do well to transport the listener back to this time period, the inane chorus weakens the whole impact of the song.

Elsewhere on the album, the indie rock instrumentation on ‘London Girls’ sounds like a barefaced Sherlocks rip-off. ‘Babylon’ strives excessively at being an Imagine Dragons hit single with unnecessarily extravagant pounding drumbeats combined with Courtney’s vocal chords seeming to have caught the Dan Reynolds bug. The one track where Courtney finally establishes an iota of self-identity is ‘Fun Never Ends’. The guitar chord sequence is hooky, his vocals at last come into their own, and the quaking guitar effects that vibrate in the background add a much-needed distortive punch.

Summing up 404 comes down to this: Barns Courtney must find another way of establishing a unique musical identity… fast! If he comes out with another album like 404, an album so derivative that it borders on copycat territory, his relevancy in the music business will be called into question. Listen to 404, if you must, but I can guarantee you will not come back to it. (3/10) (Harry Beynon)

Listen to 404 by Barns Courtney here via Spotify, and tell us what you think below!