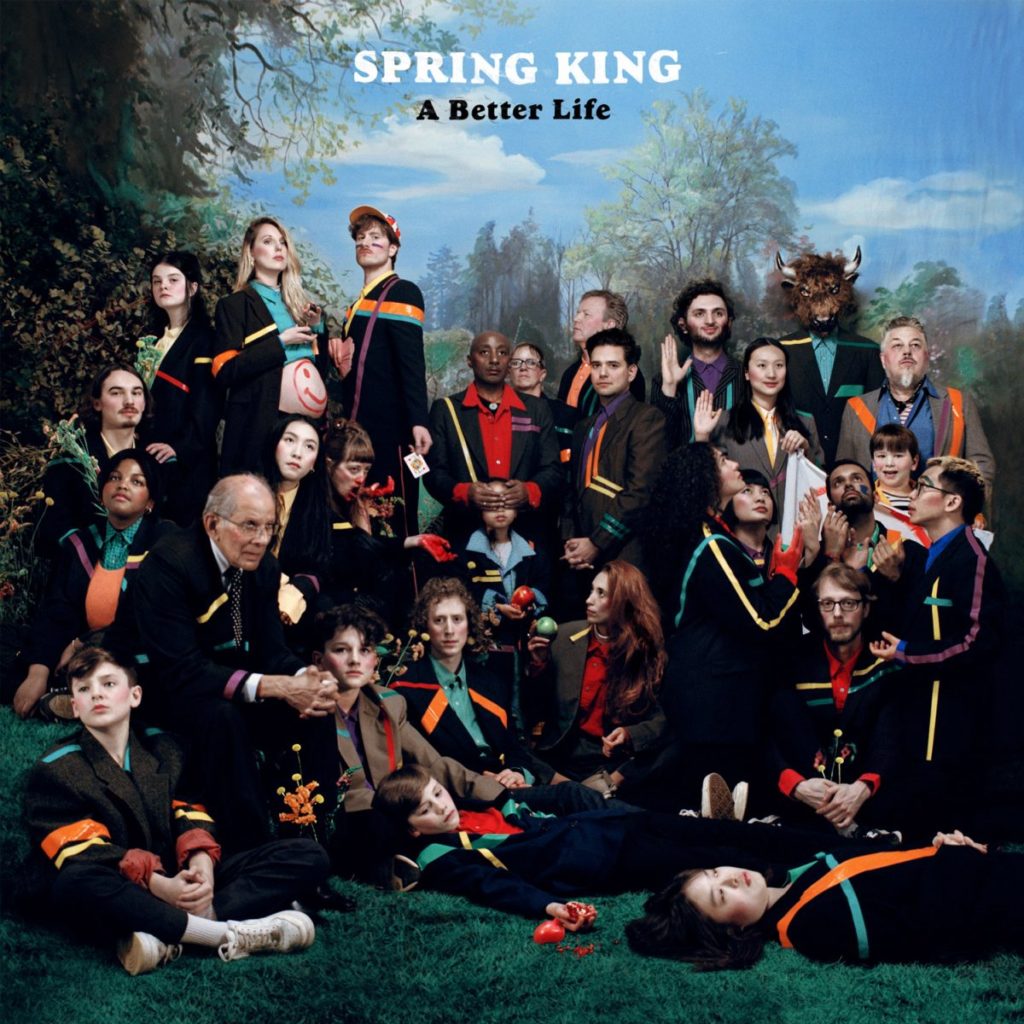 Originally an indie solo project founded by musician Tarek Musa, Spring King eventually became a foursome comprising of Andy Morton, Pete Darlington and James Green who all went to the same secondary school in Macclesfield. The Manchester-based group signed with Handsome Dad label back in 2015 and were noticed by the BBC immediately. After touring America and with singer/songwriter Courtney Barnett in the UK, Spring King released their debut Tell Me If You Like To a couple of years ago, and have been support acts for Kaiser Chiefs and Kasabian since then.

Tell Me If You Like To encapsulated the aesthetics of a multitude of influential artists including Arctic Monkeys, The Vaccines and The Black Keys to name a few, and seared it with a beautifully distorted fuzz, on what was a very solid debut effort from Spring King. Sadly, the same can not be said for their sophomore album A Better Life, which is a mixed bag more than anything, albeit some wonderful ideas are presented about self-reflection and overcoming some of life’s obstacles.

One such idea is laid out in the track ‘Us Vs Them’ with “Hey I’m nothing / No I really am nothing without you” most likely applied through the narrative of breaking up with someone whilst also growing up with them and now one is unsure of who they are as a person. This song also signifies the crunchy, wholesome guitar riffage and tone instigated across the entire that, when implemented in the right sequence of notes and chords, produces vivid outcomes.

This is not the case on songs like ‘Animal’ and ‘Ready For War’, while full of punk flair and energy, come across as too stylistically generic, as though you’ve heard it far more than once or twice before elsewhere. Although having said that, the idea of human reliance on a constantly upward technological progression and wanting to disconnect from the matrix is well-presented on ‘Animal’. One could also criticise ‘No More’ for similar reasons but is made redeemable by the “Learn to live without, to live without” refrain and motivational harmony on the line “Rise, rise, rise up”.

The biggest thorn in the album’s side, however, is ‘Have You Ever Looked Up Into The Sky?’ where the dull chord progression feels forced and unnatural, with the whispered vocals preceding the chorus adding no viable substance or emotional hook. Inversely, ‘The Hum’ is the crème de la crème of this new album full of Foals-esque vigour and dynamism – a real demonstration of Spring King’s raucous energy. ‘Paranoid’ is one the slower cuts on the album as Musa’s lead vocals reveals his inner-Alex Turner plus background vocals, recreating the vim and musical qualities of ‘Do I Wanna Know?’ from AM, are balanced nicely with his.

Spring King, unfortunately, don’t come close to surpassing their debut with A Better Life. They prove that they can compose fresh, fiery and exciting indie rock songs but there are, unhappily, not enough of them on this new release. (5/10) (Harry Beynon)

Listen to A Better Life by Spring King here via Spotify, and tell us what you think below!