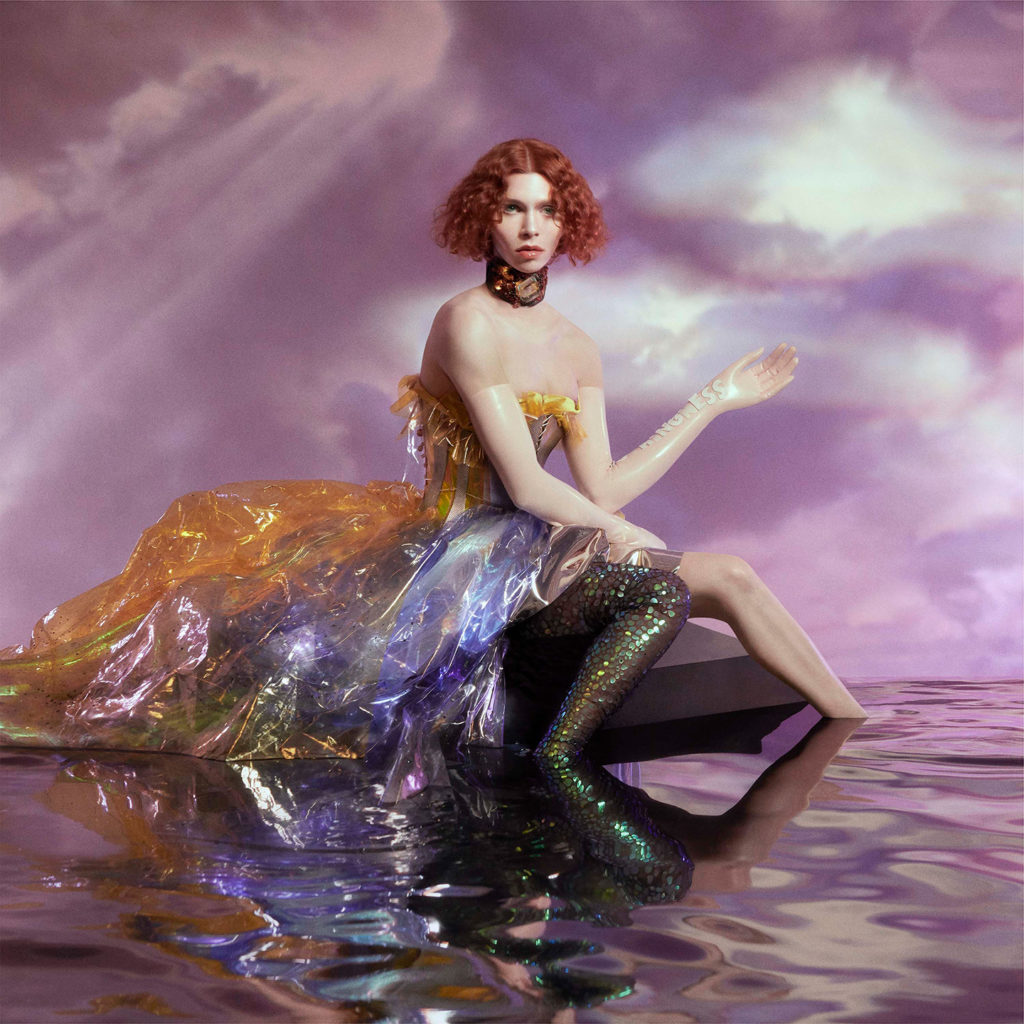 Pop music’s most talked-about background figure SOPHIE gives us a glimpse of the artist behind the enigma with a thrilling and hyper-real debut album ‘Oil Of Every Pearl’s Un-Insides’.

SOPHIE is a music industry enigma that befuddles both her audience and critics alike. There is a persistent scramble to get a grasp on what the L.A.-based producer is creating, and her work reflects the insistent need for explanation, rather than experience.

Before this debut studio album, Oil Of Every Pearl’s Un-Insides, SOPHIE remained anonymous and cryptic. It was difficult to know the artist. The pronouns used to talk about her were scrambled, her social media profiles were filled with bright, ambiguous images, such as waterslides and air balloons that looked like they were imported straight from a children’s television show. At a Boiler Room performance, she stood in the corner dressed as a security guard, a drag-queen named Ben Woozy mimed the entire DJ set. She felt like a well-kept industry secret, as she produced for both underground artists and big names such as Charli XCX, Le1f, QT, Madonna, and Vince Staples. Models in bright, blaring neon, walked to her single ‘Lemonade’ for Jeremy Scott at New York Fashion Week. Yet, somehow, no one truly knew who the person behind it was, or what they looked like.

On Oil Of Every Pearl’s Un-Insides, SOPHIE takes full advantage of her studio access, projecting her synthetic sound onto the biggest canvas and to the highest scale. What is produced is music that is hyper-real; harrowingly over-processed, sugary pieces of electronica. Like the ingredients list of a fast food chain, every ingredient or musical component that features in a SOPHIE song feels man-made, and it is. Most of her work is created on Elektron Monomachine and Ableton and does not sample instrumentals. SOPHIE’s discography is an ongoing middle finger to those who hate musicians that can’t play ‘real’ instruments. She referred to her music as “sculptures” in a Pitchfork interview. They quite literally are sculptures, somehow, she builds music from a bunch of dodgy noises and bleeps. Yet everyone passes it off as natural. Music critics continue to review the work and SOPHIE sells gigs. It’s hard to tell if the whole thing is a cleverly formulated inside joke we don’t understand or an Abramović type piece of performance art that is trending on Reddit.

The single ‘Faceshopping’ is filled with metallic clanging, choppy female vocals and a throbbing, indescribable electronic instrument. The most decipherable words in the song are the lyrics “My face is the front of shop / My face is the real shop front / My shop is the face I front / I’m real when I shop my face”. The words “Artificial bloom”, “Hydroponic skin”, “Chemical release”, “Synthesize the real” and “Plastic surgery” are distorted almost beyond coherence. The song can be seen as criticism of capitalism’s logic, and western notions of how we should maintain beauty. But on the surface level, it can simply be an enjoyable pulsating experimental electronica track.

Opening track ‘It’s Okay To Cry’ is SOPHIE at her most organic, the song is a gentle, synthy and reminiscent, of a ‘90s love ballad. She sings in her natural voice; the song features no EDM-esque beat drops. This is in stark contrast to the next track ‘Pony Boy’, a loud, maximalist track with layers of vocals, and SOPHIE’s synthetic instruments. Under the layers of buzzes and distortion, the vocals, and riffs hints towards elements of vocal house music.

‘Immaterial’ is another song that could be endowed with a philosophical piece of social commentary. But the upbeat, hoppy track is filled with twists and turns that involuntarily make your feet tap or head bop. It’s the instant gratification of a full fat, sugary Coca-Cola in song form. The closing track ‘Whole New World / Pretend World’ is dominated by a fuzzing noise that sounds like the white noise that blasts out an old television, mid track the vocals fade out, and what the listener is left with is a soundscape of strange jolty artificial sound.

Over the span of 39 minutes and album artwork that reveals the physical appearance of SOPHIE, there’s thrillingly still no clarification of what she actually is. Oil Of Every Pearl’s Un-Insides is neither personal nor introspective, yet strangely somehow reflects her nature. The songs seamlessly collapse into one another, and the entire listening experience is immersive. Overall, it’s either something you immerse yourself within, nodding your head along to throughout or become violently disillusioned to what is actually going on with music nowadays. (8/10) (Benita Barden)

Listen to Oil Of Every Pearl’s Un-Insides by SOPHIE here via Spotify, and tell us what you think below!