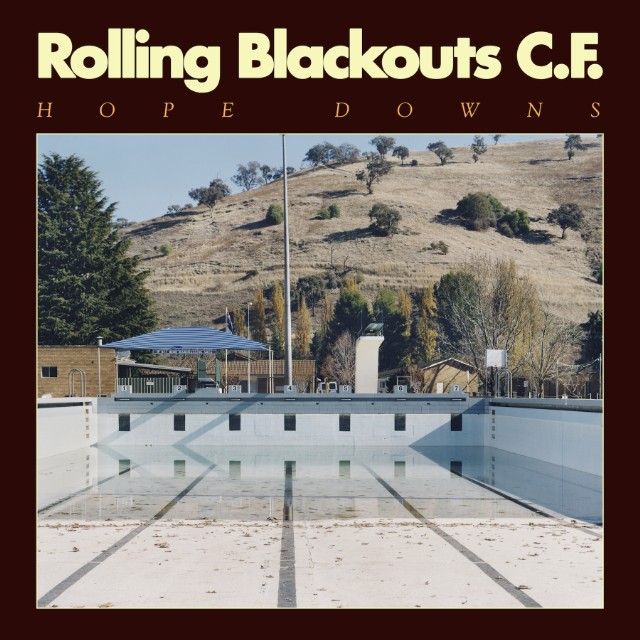 There is something irresistible in music which comes all the way from the Australian coast. Over the past few years, many bands and artists from Down Under have released impressive and successful albums, making it quite thrilling to see what they might come up with next. Whether it’s Tame Impala’s psychedelic rock, Gordi’s ambient electronica, or Courtney Barnett’s witty lyricism, chances are that you’ve stumbled upon some of Australia’s most exciting acts.

Another band to join this eclectic bunch are Rolling Blackouts Coastal Fever, whose bright and energetic blend rock & roll and pop has already swept new music radars across different continents. The band formed in 2013 in Melbourne and since then have successfully kicked off their career with two promising EPs, Talk Tight (2016) and The French Press (2017), and an extensive European and North American tour scheduled for this summer and fall.

The hype around Rolling Blackouts Coastal Fever has been palpable, and has naturally created a lot of expectations for their debut LP, Hope Downs. Yet, amid the period of trembling anticipation, the band’s core songwriters, Fran Keaney, Joe White, and Tom Russo, concentrated on keeping their feet on the ground and recording an album which would still represent the most authentic and honest version of themselves. While it’s not a surprise after such a head start, Rolling Blackouts’ effort to keep their music credible and sincere resulted in Hope Downs being a truly impressive debut.

Hope Downs is a perfect follow-up the Rolling Blackouts’ existing work, and handsomely delivers on their initial promise. It retains the quintet’s restless and infectious energy, while also offering a more refined and confident collection of songs. Even though their music is still rich in bright and youthful guitar playing, eccentric drumming, and pleasing melodies, it’s also become sharper and more focused, especially on the lyrical front.

The band’s bass-heavy yet melodic approach to rock is irresistible from the very first bars of the album opener, ‘An Air Conditioned Man’, which also possesses an incredibly satisfying spoken-word verse delivered by Tom Russo: “You walk past the wall you first kissed her against / How could you forget? / While the sirens howled and the wind caressed / Under jacaranda, beneath the burnt-out moon / Or was it over there? Did it ever matter in the first place?”

Rolling Blackouts C.F. are also not shy about finding inspiration in post-punk on tracks such as ‘Talking Straight’ or ‘Bellarine’ while later amplifying their pop influences one of their milder songs, ‘How Long?’ The band’s reflective side finds its vent on ‘Mainland’ which is a vigilant observation of today’s immigration crisis, privilege, and in the words of Russo: “holding on to love as a kind of shield”.

‘The Hammer’ closes the album in a contemplative way with yet another discerning remark about today’s fixation on longing for unfulfilled dreams: “Did you ever, did you ever / Really wanna make something out of nothing?” Lyrics like this make Hope Downs an incredibly interesting debut, while the big picture for Rolling Blackouts Coastal Fever is only becoming wider after the release of their first album. If the Melbourne-based band manages to keep this level of sensitivity and energy while maintaining their refreshing approach to rock music, they might soon become one of Australia’s biggest acts. (8/10) (Alicja Rutkowska)

Listen to Hope Downs by Rolling Blackouts Coastal Fever here via Spotify, and tell us what you think below!