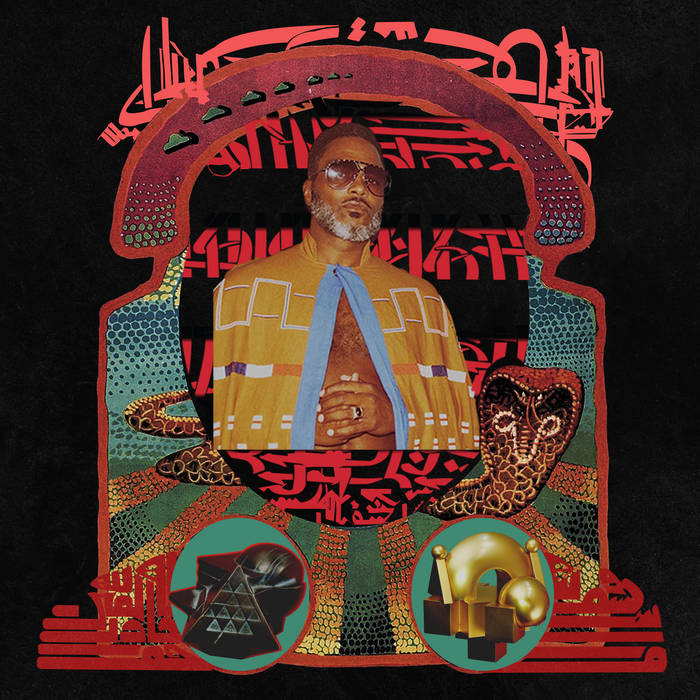 ‘The Don Of Diamond Dreams’, the latest album from Ishmael Butler’s Shabazz Palaces, occasionally drifts too much, but few make hip-hop as immersive as him.

When Digable Planets’ Ishmael Butler returned to music with Shabazz Palaces, he was virtually unrecognisable. He was no longer the ‘Butterfly’ we knew from hip-hop’s golden age. Now, he was Palaceer Lazaro, a seemingly extra-terrestrial being presenting us with a hypnotic, nightmare-ish vision of a genre he was at the forefront of in the during the early Nineties. Joined by multi-instrumentalist Tendai Maraire, they also whipped up a powerful air of mystery. There were no photographs, they declined interviews, and the two EPs they dropped in 2009 contained no mention of a name.

2011’s Black Up was as bold an introduction as it gets. With its cerebral beats, shrewd twisting of hip-hop tropes and Butler’s whip-smart, effects-driven musings on race, consumerism and fame, it was an album that felt like it had been beamed in from the future. The duo only upped the complexity from there. 2017’s double release – the ambitiously-named Quazarz: Born On A Gangster Star and Quazarz vs. The Jealous Machines – portrayed an alien observing Trump’s America over celestial, psychedelic backdrops that veered from Kraftwerk-esque synth-pop to chopped-up vintage soul.

It’s no surprise that Butler (Maraire has since left the group) continues to tread the cosmic path on The Don Of Diamond Dreams. Crystalline synths loom over most of the songs, while Butler commandeers them with a deifying presence. To set the astral tone, a robotic voice commences the album before it dives into the quaking ‘Ad Ventures’. Amidst the juddering bass and a rolling snare pattern, Butler assumes the role of an afro-futurist Captain Kirk, gently mocking rapper clichés during his voyage (“Gold stitches in my jeans / Its richness, what you mean?”). There’s a noticeably contemporary feel to the album, from the minimal trap and staccato flows of ‘Wet’ to Purple Tape Nate’s Auto-Tuned bars on the space-age funk of ‘Fast Learner’.

Frustratingly, Butler sometimes gets so wound up in atmospherics, it threatens the album’s momentum. Despite its snappy-808s and icy synths, ‘Money Yoga’ lumbers on without any real progression. Melancholic closer ‘Reg Walks By The Looking Glass’ aims for epic, but Carlos Overall’s hazy sax can’t stop it from drifting into boredom. Aside from these lapses, Butler can still blend other-worldly production with engrossing bars. ‘Bad Bitch Walking’ is a slinky, lustful jam not too dissimilar to a mid-Noughties Timbaland cut, with a vibrant guest verse from Stas THEE Boss. Meanwhile, ‘Thanking The Girls’ offers a moment of humility, as Butler pays tribute to the women in his life over a woozy drum loop.

The Don Of Diamond Dreams doesn’t possess the wild unpredictability of Black Up or even its follow-up Lese Majesty. Even with the nods to Soundcloud rap, it’s still by no means an easy listen, but Ishmael Butler deftly balances the abstract with his mainstream influences. There are times where the album sags when it should soar, but at its best, it’s a reminder that nobody makes hip-hop as dazzlingly immersive as Shabazz Palaces. (7/10) (Matty Watkin)

Listen to The Don Of Diamond Dreams by Shabazz Palaces here via Spotify, and tell us what you think below!