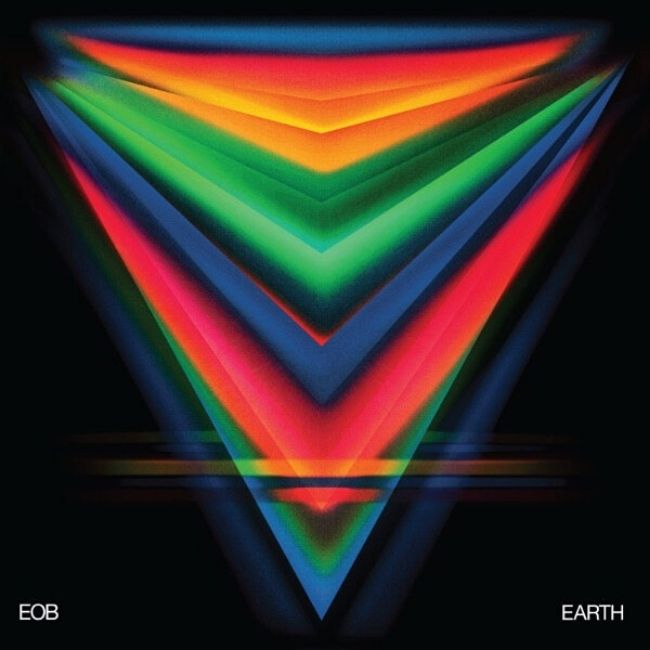 With fellow Radiohead bandmates Thom Yorke and Jonny Greenwood already building up a successful repertoire of solo material, not to mention drummer Phil Selway contributing a couple of albums of his own, it’s unsurprising that guitarist Ed O’Brien (recording as EOB) would eventually cash in on a similar endeavour himself. Why wouldn’t he? He’s been the co-recipient of more acclaim than almost any musician could ever dream of, and thus he has free rein to explore whichever musical landscapes he wishes, regardless of his level of success in doing so. You’d think, however, given his involvement in (or at least, his presence in the vicinity of) the creation of some of the most ground-breaking music of the past 25 years, that his level of quality control would be through the roof, and that we should expect a production of his to be nothing short of ambitious, unique and memorable.

So how come Earth is practically none of these things?

Stylistically, this album shifts between early ‘90s dance music and the bluesy alternative rock of certain sections of Hail To The Thief, cemented together by a liberal dose of ambient music. Yet O’Brien doesn’t seem particularly confident in tackling any of these genres, resulting in an album completely devoid of character, as if being recorded with the aid of an instruction manual. O’Brien’s status as a legendary rock musician completely flies under the radar, for here he is anonymous, seemingly just another musician making another album that will undoubtedly have been forgotten about come a few weeks’ time.

As far as uniqueness goes, one may criticise bands like the Pineapple Thief for occasionally sounding like Radiohead parodies, yet the song ‘Banksters’ feels as though O’Brien were parodying the Pineapple Thief parodying Radiohead, as unbelievable as that sounds. Furthermore, ‘Olympik’ finds him taking a stab at writing his own version of U2’s 1993 hit ‘Lemon’, which needn’t come as such a big surprise, given that producer Flood is the common denominator. Needless to say, it doesn’t remotely do it justice.

Yet despite all of this, it would be a lie to proclaim that all nine of this record’s tracks lack promise. Far from it. The opener ‘Shangri-La’, for example, contains an intriguing little percussion-led hook that runs through its duration, while O’Brien pulls off his best Thom Yorke impersonation during the verses, both of which honestly had the potential to lead to something truly memorable. Sadly, all that emerges is an uninspired, vanilla-flavoured, hard rock chorus that succeeds only in maintaining the song’s painfully linear trajectory. Meanwhile, the second track ‘Brasil’ actually starts gloriously. The opening three minutes constitute a stunning, fingerpicked acoustic ballad, not dissimilar to Nick Drake, before the song abruptly morphs into some sort of ultra-repetitive disco number that quickly washes away that sweet taste.

In conclusion, anyone approaching Earth expecting a listening experience comparable to Radiohead, or even a Thom Yorke solo release, will unfortunately come away disappointed. It’s a half-hearted and bland attempt at retracing steps previously taken by other, more charismatic artists whose results were far more enduring, whilst the album’s high points are consistently cancelled out by the numerous uninteresting, generic moments that plague its running length. It’s pretty much self-evident that Ed O’Brien can do better than this, yet even the very best athletes make the occasional false start. If there’s to be a second EOB album, let’s hope he learns from this misstep and eventually does produce something congruent with his already impressive legacy. (4/10) (George McKenna)

Listen to Earth by EOB here via Spotify, and tell us what you think below!