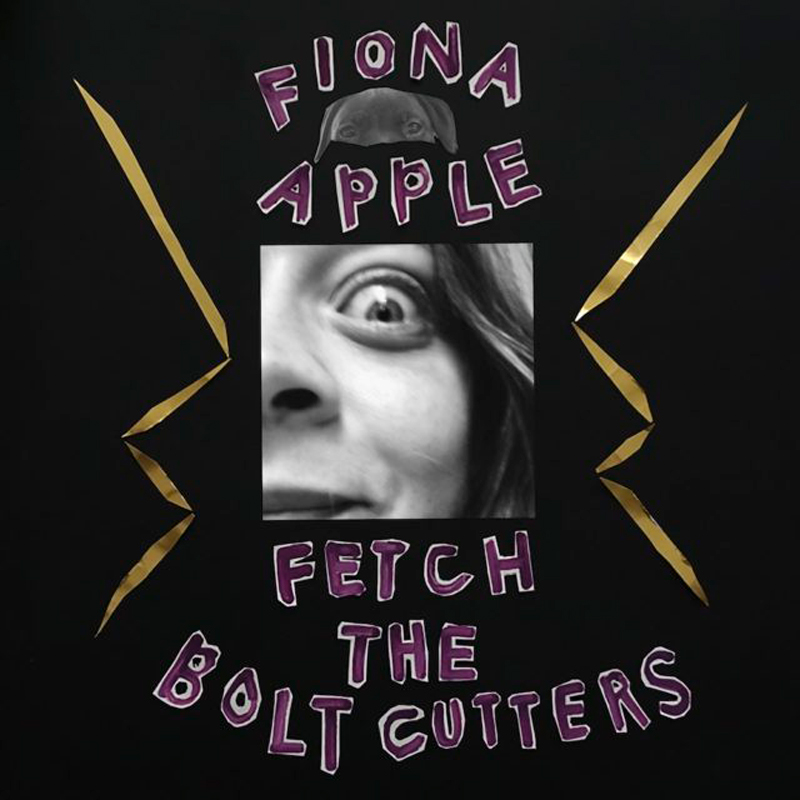 She couldn’t possibly have known it, of course, but Fiona Apple’s fifth studio album Fetch The Bolt Cutters has been released at a cruelly yet completely appropriate time in history. As the world is in lockdown, with individuals and family units confined to their homes, it’s a hauntingly perfect mirror to a new and terrifying reality. Recorded at her home in Los Angeles, it absolutely fizzes with emotional and physical frustration, noises banging, clattering and ricocheting all over the mix. It’s a joyous, riotous and at times almost symphonic expression of percussive noise, but one which always remembers to ground itself in Apple’s knack for a memorable, unexpected-sounding hook.

But a lot of these observations overlook the importance of Apple herself, and are partly the result of a long-standing underappreciation of her unique artistry. This, in turn, stems from a reputation that’s been constructed and maintained by a historically male-dominated arena of music criticism. Dating back to that video for ‘Criminal’ back in the mid-Nineties when Apple first emerged as a precociously talented teenager, she’s been portrayed variously as difficult, disturbed or overly-sensitive. While her music has been fuelled by trauma, such as her struggles with OCD, alcohol abuse and recovery from horrific sexual violence, Apple’s desire has always been very much to not be regarded as a powerless victim, but her reputation has always been framed by others as a personality where instability is her ‘muse’, or ‘brand’ (shudder). Now, returning in a post-#MeToo era characterised by a much wider recognition of the need to acknowledge and discuss mental health and where outspoken messages such as her 1997 VMAs victory speech are now de rigeur for high-profile female artists, it seems like Fiona Apple has been ahead of her time for all these years. The entirely deserved praise that has greeted Fetch The Bolt Cutters so far – to which we will be adding ours, if you couldn’t tell where this review was going – will hopefully be the start of a process in which Fiona Apple’s art will be seen in a different and truer context.

The overwhelming sonic presences on Fetch The Bolt Cutters – named after a line spoken by Gillian Anderson’s character in British police drama ‘The Fall’ just before she enters a locked  chamber where a young girl has been tortured – are percussion and piano. Moods oscillate between volcanic declamations and more delicate commentaries, delivered in Apple’s intimate and versatile contralto that covers breathy yelps, conversational murmurs and playground chants. There are sudden left-turns and tempo changes everywhere in this shifting sonic landscape, and almost every one of the 13 tracks seem to have substantial postscripts, codas of field recordings or ambience bookmarking the main pieces. She’s been experimenting with percussion loops as far back as 1999’s When The Pawn…, but it represents a raw, more free-form take on the cutting-edge artistry of her earlier output, serving as a kind of corrective to the comparatively back-to-basics approach of her last effort, 2012’s The Idler Wheel….

Apple’s acerbic and self-aware lyrical style is as sharp and prominent as ever, right from the sturdy, noisy yet beautiful opener ‘I Want You To Love Me’, culminating in a strange passage of Apple’s vocal tics that suggest something orgasmic. From the uneven gallop of ‘Shameika’, a tale of childhood abuse and bullying, to the clangorous rhythms of ‘Relay’ and the remarkably beautiful ‘Rack Of His’, reversing the male gaze, every track is distinct yet clearly belongs to an overarching whole. On ‘Cosmonauts’, Apple’s voice itself serves as both the hook and the rhythm, and the extraordinary vocal assault and massed female backing voices of ‘For Her’ (“good mornin’ good mornin’ / you raped me in the same bed your daughter was born in”). The only vaguely conventional moments come back-to-back in the heart of Fetch The Bolt Cutters, the Kate Bush ballad-like ‘Ladies’ following the stately ‘Newspaper’. And when you’re using Kate Bush to describe something as ‘normal’ compared to something else, you know you’re in the presence of uniqueness.

Apple’s lyrical concerns are unapologetically front-and-centre of the mixes, even with the constantly kinetic musical accompaniments going on around her. On ‘Under The Table’, about being an embarrassing dinner party companion, she sings “Kick me under the table all you want, I won’t shut up… I’ve been sucking it in so long / that I’m busting at the seams.”. The title track ‘Fetch The Bolt Cutters’ seems to be about escaping trauma, her repeated “I’ve been here too long” sounding more like a resolution of determination each time. This aspect of Fetch The Bolt Cutters is unfathomably deep, and worth an in-depth analysis article all by itself and already conducted by much more authoritative voices elsewhere. Suffice to say, it’s the element that keeps you coming back. It all ends with a relatively understated and unresolved moment, strangely, in ‘On I Go’, yet this only heightens the impulse to press play all over again.

A powerful argument for letting artistry take its natural course no matter how long it takes – this is just her fifth album in a career lasting nearly a quarter of a century – this is an engrossing and enthralling listen from start to finish, revealing its nature to you with immediacy and urgency yet containing enough subtle flourishes to allow something new to come through with each subsequent listen. It’s arguably Fiona Apple’s finest album to date, but what is certain is that there’s absolutely nothing else like Fetch The Bolt Cutters in the major-label world right now. It is strange and exceptional art, which by dint of sheer coincidence is a perfect soundtrack to strange and exceptional times. (9/10) (Ed Biggs)

Listen to Fetch The Bolt Cutters by Fiona Apple here via Spotify, and tell us what you think below!