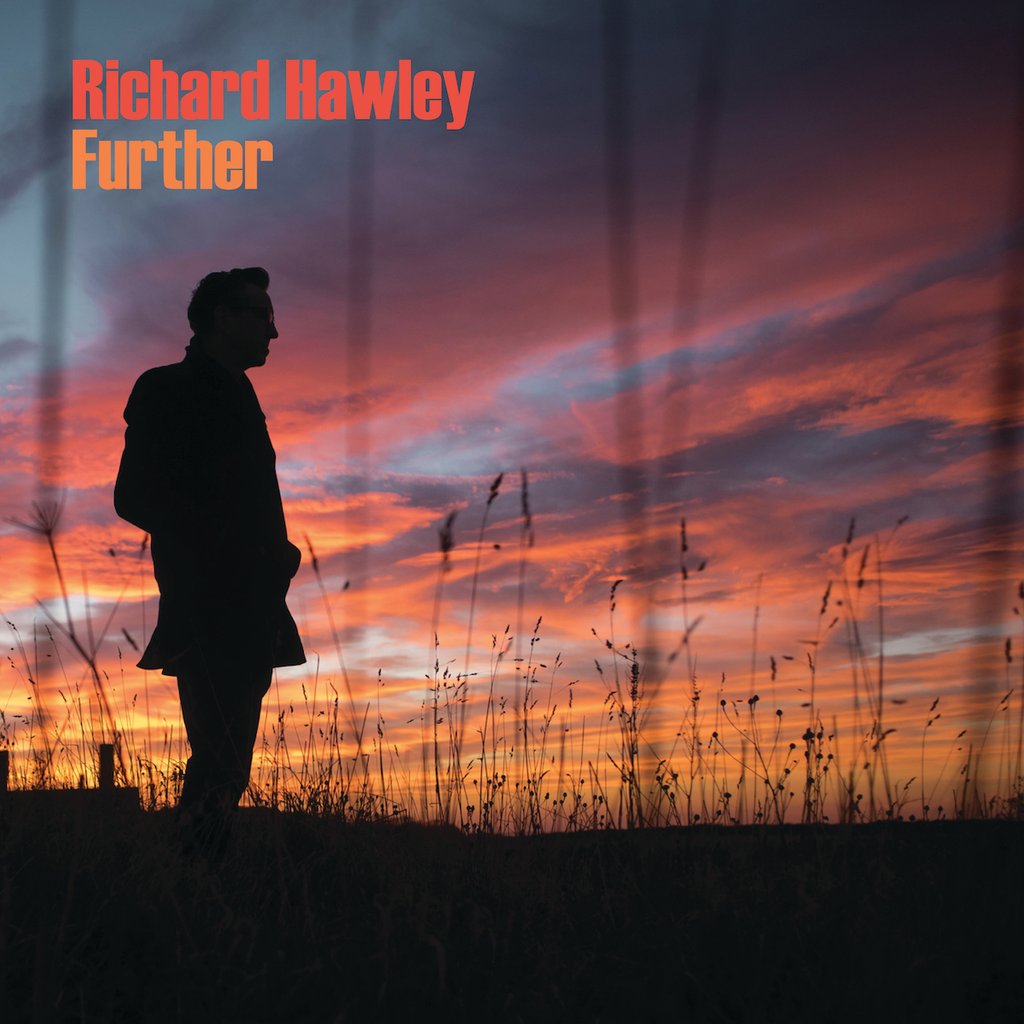 Defined by a sense of energy and economy, Richard Hawley’s eighth solo album ‘Further’ is a display of songwriting precision.

Breaking his long-held tradition of naming his albums after locations or geographical features of his native Sheffield, Richard Hawley has changed in more than a few subtle ways since his last outing four years ago on Hollow Meadows. Having turned fifty in the interim, as well as provided the soundtrack to Maxine Peake drama ‘Funny Cow’ and road movie Denmark, on top of having his songs used in the recent successful theatrical production ‘Standing At The Sky’s Edge’ at Sheffield’s Crucible, Hawley has been energised by a new sense of order and purpose in his life. Inspired by “the old classic idea of the three-minute tune” and by DJ sets in which he’s used only 7” singles, his eighth album contains only one song longer than four minutes, and clocks in at a lean 36 minutes.

In a way, it makes sense to think of Further as the polar-negative twin of Truelove’s Gutter, the album of lengthy, lush torch songs he released precisely a decade ago. Any long-term fan of Hawley’s will know he can pack just as much of an emotional punch in a short, concise song as he can with a sprawling epic. But a better way to analyse Further is that it’s the most explicitly political album he’s ever recorded. Where Standing At The Sky’s Edge was political in a ‘small p’ sense of the word, depicting characters set in circumstances of struggle, misfortune and chaos, Further is often quite direct.

However, this doesn’t usually translate into anger. Other than the orchestrated epic of ‘Is There A Pill?’ that sits at the centre of the album and addresses the UK’s mental health crisis, the idea of a fiery-eyed Hawley raging at the state of the world isn’t what Further is really about. He’s too subtle and multi-faceted artist to fall into the kind of trap that would see him pinned as one-dimensional. Instead, his frustration is mainly expressed gracefully, as on the beautiful slow-dancer ‘Not Lonely’ which examines the true nature of loneliness (“not the same as being on your own”, he wisely concludes) or the rumination on age and mortality of the Roy Orbison-esque ‘Midnight Train’.

The way that Hawley has spoken about Further makes it sound like he’s undergoing some kind of musical clearing-out exercise before the next phase of his career. Lead single ‘Off My Mind’ certainly sounded more immediate than he had done in a while. The record itself doesn’t go quite that far, and doesn’t need to anyway. After all, who the hell out there is a Richard Hawley fan but was clamouring for him to change his style? He’s always been extremely good at What He Does, and his fanbase cherishes that.

The sparkling ‘My Little Treasures’, for example, is exactly the kind of string-swept chamber-pop at which he’s excelled for nearly two decades at this point. ‘Alone’ boasts a swinging, latter-day Arctic Monkeys-style backbeat; flourishes of slide guitar sprinkle magic over the title track; the Stones-esque rocker ‘Time Is’, going over the four-minute mark by one second courtesy of Clive Mellor’s blasts of harmonica… it’s all very much business as usual in terms of content, despite the structural differences. Only the blustery ‘Galley Girl’ is a noticeably weaker moment, feeling like ballast against the backdrop of such varied displays of songwriting precision.

While Further may not be Richard Hawley’s finest album in terms of the full display of his powers – the restrictions he’s placed on himself in terms of time and structure mean that few moments attain the sweeping grandeur of his very best work – it does have an unfussy, nuts-and-bolts quality to it. It’s also reassuringly possessed of the same generosity of spirit that’s characterised his entire discography. (7/10) (Ed Biggs)

Listen to Further by Richard Hawley here via Spotify, and tell us what you think below!